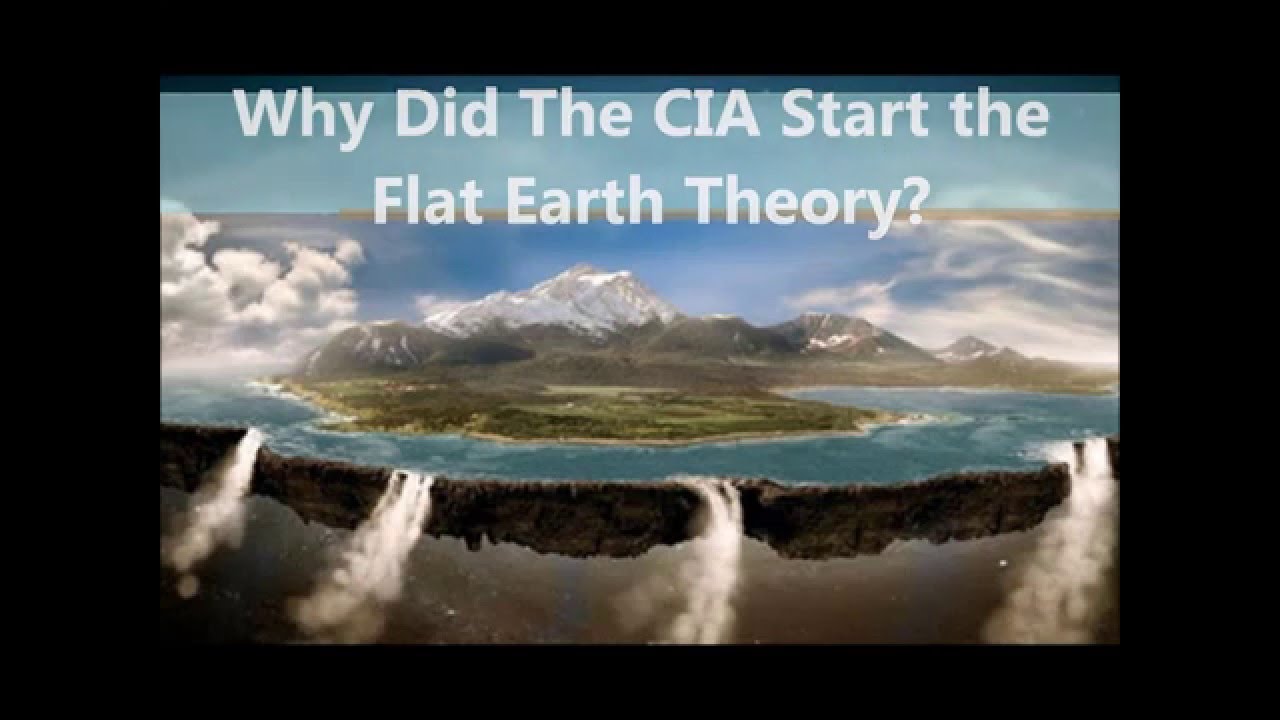 Revisionist Historians for World Peace
Submitted to The Millennium Report

There is an insidious conspiracy at work throughout the entire Internet which seeks to destroy Truth Movements everywhere.  One of its organs of mischief is known as the Flat Earth Society (FES) and its explicit purpose is to take down every single truth-oriented website, blog and/or organization which permits an open comment section at the bottom of their posts and articles.

Here’s how they work:
Agents of the FES often begin by posting rather benign yet factual comments about NASA, which everyone now knows is a rogue agency which can rarely be trusted to tell the truth about particular scientific endeavors and galactic missions. That’s a no-brainer that everyone agrees with—NASA holds onto most of the truth and parcels out only the absolute minimum to the taxpayers who fund their space missions and other assorted projects.

The Flat Earthers then take advantage of this universal hatred of NASA for their spewing so much deception over so many years, and they use it to subtly garner support for their nonsensical Flat Earth Theory (FET).  When the time is right, the Flat Earthers will then start introducing utterly absurd notions about the Solar System and patently false concepts about the Earth’s relationship to the Sun.

They justify their preposterous sophistry and wacky ideas by routinely outing NASA as a serially prevaricating government agency, which they are — and then using their well-known deception as a justification to overturn the entire paradigm of modern astrophysics.  Talk about throwing the baby out with the bath water.  There is no astronomical scientific truth that the Flat Earthers have left unassailed.  You name it — gravity, a spherical Earth and other planetary orbs, rotational movement of the planets. planetary revolutions around the Sun — they throw it all out and label it as “NASA lies”.

Once they do that in a very public Internet forum or chat room, website or blog comment section, they begin to stir up a LOT of trouble.  They pre-position sock-puppets in the same forums, blogs, etc, who will, with apparent spontaneity, support their silly and stupid comments about the Flat Earth Theory (FET).  The longer the comment thread, the more opportunity to draw in the unsuspecting into their outlandish web of deceit and deception.

They do this by presenting some entirely new and quite valid hypotheses which do introduce such concepts that are related to the Electric Universe; or that propose that the Solar System is also moving though space in a manner which defies the conventional scientific wisdom. There are many instances where the current scientific paradigm does completely fall down, by the way, and the FEs use these obvious flaws to take down the whole system of modern thought.

By so aggressively assaulting the conventional wisdom which is accepted by the vast majority of people on the planet, they then tar the reputation of the truth movement groups whose websites they have deliberately polluted with their obvious foolishness concerning their FLAT EARTH fantasies.

Many are now suspicious that these relentless FE initiatives are so organized because they have the backing of those government agencies that do not want the truth (about anything) revealed.  The CIA, FBI, DIA, NSA have long employed this signature MO which is determined to kill the messengers of truth anyway they can.  Ruining reputations has always been preferred to outright murder, which they also perpetrate when they deem it absolutely necessary.  After all, the primary mandate forThe Company (aka the C.I.A.) is to carry out their covert truth-silencing black operations.

The following comment was left on a major alternative website (BeforeItsNews.com) which clearly delineates some of the major farcical tenets of the Flat Earth Theory.  It’s not really a theory; rather, it’s nothing but line of pure BS as utterly stupid as the 24-hour day is long … with a stray corrected fact thrown in to string along the gullible. 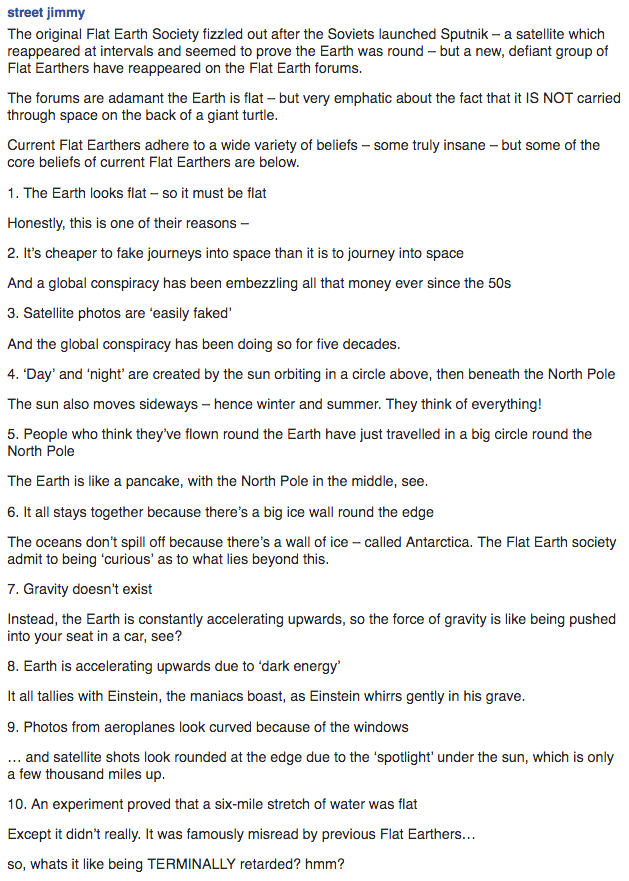 There have been a good number of excellent exposés written which completely deconstruct the real back story to this CIA-sponsored black operation. What follows are some of the previous TMR posts is this regard.

How easy is it for a pack of Flat Earth jackals to take down an honest truth-seeking website or forum that only looks to uncover the truth.  These folks have scripts crafted for every rejection and every response that they face.  They have been thoroughly brainwashed to understand the Flat Earth Theory as truth, and are mind-controlled to see themselves as modern-day Galileos.

In light of their cohesive organization they have learned how to work in a concerted effort to quickly victimize the unsuspecting.  Their primary weapons are little (and big) lies that NASA has told, as well as some glaring gaps in the current astrophysics paradigm.  It’s true that each successive paradigm has rendered the previous one partially obsolete as the world has evolved from the Newtonian to the Einsteinian to the Quantum to the Electric Universe.

However, that does NOT mean that fire is not hot and does not burn.  These Flat Earthers would have us all believe even that — that fire is not hot and does not burn — if they could, and much more crazy stuff.  Nevertheless, it’s critical to understand such crazymaking by certified crazymakers is quite purposeful.  For CIA-certified crazymakers such as these always have a covert agenda to execute and specific goals to accomplish. Hence, the challenge for many has been to avoid being caught up in their utterly crazy agenda.  Otherwise, if we get caught off guard, we risk missing the gun-grabbing that can occur in the wake of an Orlando false flag mass shooting or the like.

Originally published by The Millennium Report