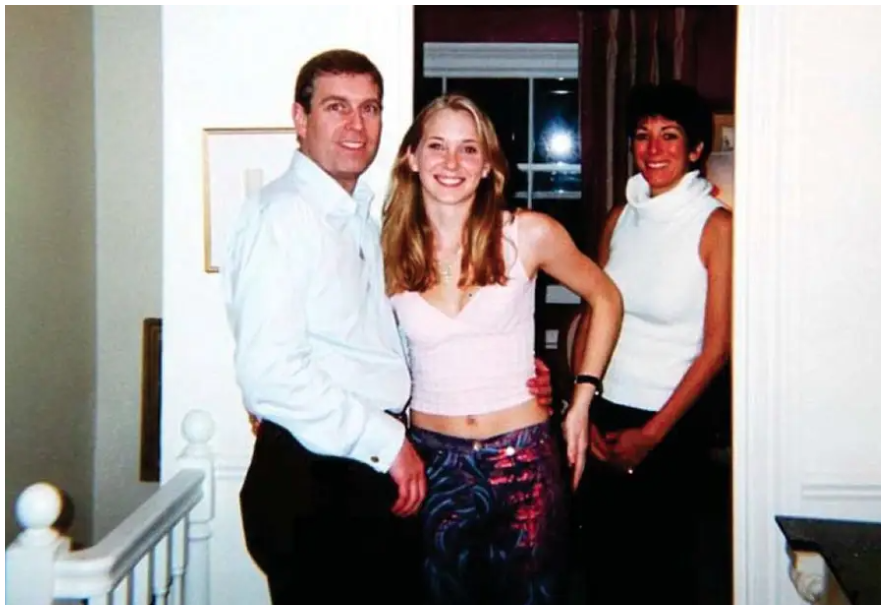 Prince Andrew and Virginia Giuffre, then known as Virginia Roberts, along with Ghislaine Maxwell. This photo was included in an affidavit where Giuffre claimed Prince Andrew directed her to have sex with him. Florida Southern District Court

If she was, it was only to remove a
major perception problem post-haste. 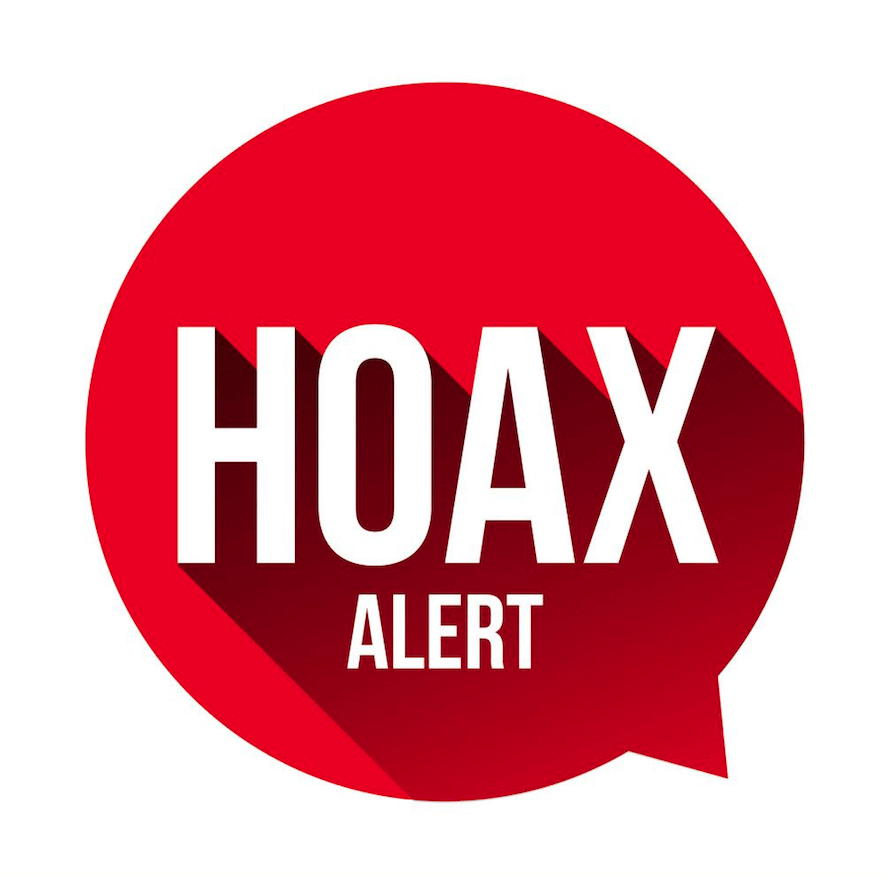 Ghislaine Maxwell Arrest Story
Does Not Pass the Smell Test

Submitted by The Conspiracy Realist
State of the Nation

This EPSTEINgate conspiracy analysis rests squarely on a certain premise.

That premise is that the mainstream media (MSM) never — EVER — tells the truth about matters of great import or those that are highly consequential for the power elite.

Yes, the MSM does report the facts from time to time, but only when it serves the interests of The Powers That Be. This has always been the MO of the CIA’s Mockingbird Media: they start the lies, and then the corporate media echo chamber dutifully repeats them like a singing mockingbird.

Ghislaine Maxwell, a British socialite notorious for her long and deep association with financier and convicted sex offender Jeffrey Epstein, was reportedly arrested on Thursday, July 2, at her reclusive million-dollar mansion in Bradford, New Hampshire.

Note that the arrest was allegedly carried out by the FBI, just 2 days before the most anticipated Fourth of July in the past 200 plus years.

*Has the FBI arrested a single Deep State criminal since 9/11? Has Director Christopher Wray made even one move to drain the swamp?

This arrest took place against the backdrop of a second wave of fake coronavirus outbreaks across the country. States re-openings, especially the BIG 4 (Florida, Texas, California and New York) were suddenly thwarted by inexplicable COVID-19 spikes that were reported to be worse than the initial wave.

Not only that, the entire nation has been reeling from violent protests and staged riots since the staged murder of George Floyd on May 25, 2020. This continuing racial conflict and chaos orchestrated throughout American cities by Soros-funded, Obama-directed Black Lives Matter and AntiFa was expected to mar the annual Independence Day celebrations. 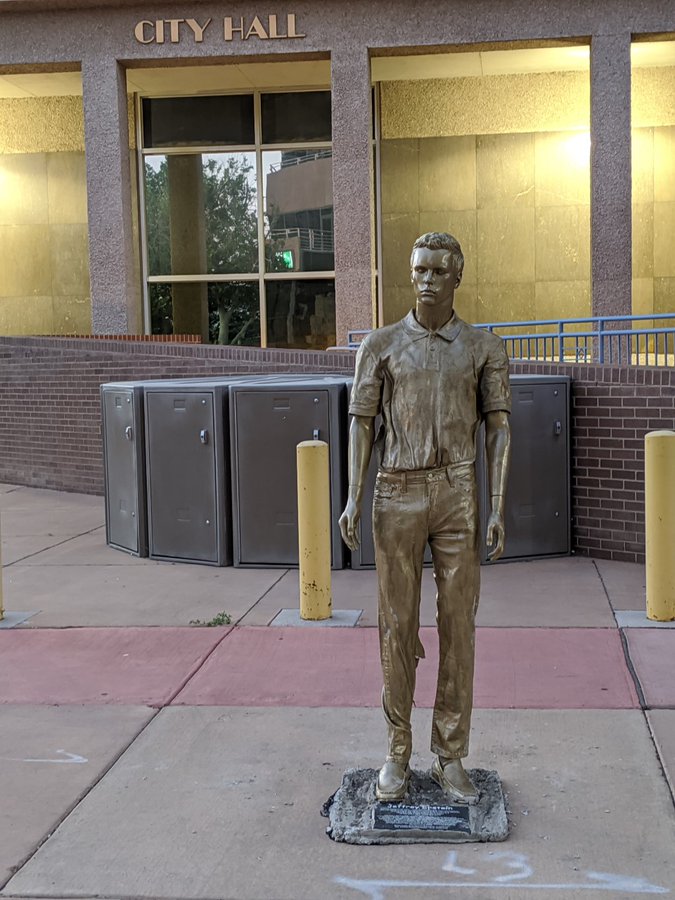 Then there is the mysterious appearance of the statue of Jeffrey Epstein erected in downtown Albuquerque, New Mexico. What?!?!? When?

That curious event happened on July 1st, just one day before Maxwell’s arrest.

Obviously, this whole sequence of events has been carefully coordinated by an extremely powerful group (read: network of secret societies) who knows exactly what’s really going on in the background here.

This particular prominent piece of the drama has since been interpreted by some EPSTEINgate analysts in such a way that they are asking the question: Did Alan Dershowitz just imply that if anyone takes him down, he will take down the Rothschilds?

Now, right in the midst of all of the aforementioned manufactured national pandemonium, the MOST WANTED PERSON IN THE WORLD is suddenly arrested at her large estate that was purchased anonymously and named “Tuckedaway”. 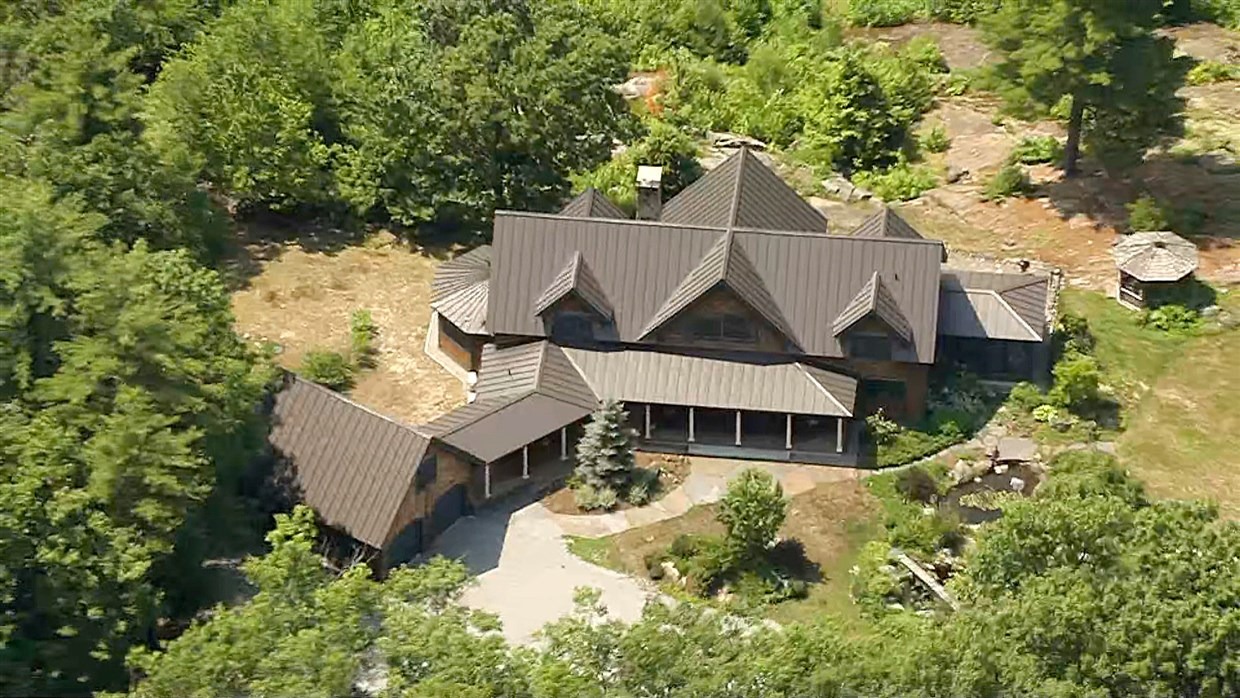 That mansion you see is quite surprisingly located only 260 miles from the Manhattan federal court in which Maxwell was just charged followed by her jailing.

*So, why would a woman born in France, domiciled in the UK, and with deep connections throughout Israel, situate herself so close to the New York jurisdiction that has had her under serious investigation at least since the time that “Jeffrey Epstein did not kill himself“?

Then where is she?

Remember when Jeffrey Epstein quite suspiciously took a flight from Paris, France just before he was arrested in July of last year?

Well, why would such a well-connected Pedogate operative like Epstein, with all of his connections throughout the U.S. Intelligence Community, walk right into an easily foreseen and government-coordinated dragnet?

That’s right! He wouldn’t … … … unless things were perfectly set up for him to skate when the time was right.

Now we are all witnessing Act II of the most captivating crime series since Bonnie and Clyde — “Jeffrey & Ghislaine”. It’s apparently time for Ghislaine to skate.

We’re talking about the most complex global criminal conspiracy that basically underlies all the other major crime sprees being perpetrated across the planet today.

*In view of the sheer enormity and profundity of the atrocities executed by this all-powerful international crime syndicate, does anyone really believe the FBI has apprehended Ghislaine Maxwell?

It’s crucial to understand, at this critical point of the analysis, that the Federal Bureau of Investigation was specifically established to protect the most powerful and dangerous criminals in the world.

And, that the FBI was set up to apprehend and incarcerate especially any individual who posed a realistic threat to either the Central Banking Cartel or the Interests of the International Banksters.

Given this multi-decade reality that defines the FBI as nothing more than a glorified protection racket run by the U.S. Federal Government[1], why would Dir. Chris Wray all of a sudden break with the past?

Why did the G-men stage this utterly implausible and really ridiculous hoax whereby Ghislaine is ready to be ‘suicided’ or whisked away to Israel unless she’s already in Tel Aviv?

They did it for many reasons as always.

Of course, D I S T R A C T I O N is forever an important purpose behind these transparently staged and overly dramatic events.

However, in this case, Maxwell does present a HUGE problem—-FOR EVERYONE CONCERNED. Just who are those very concerned parties? See: Jeffrey Epstein’s “Little Black Book”: LOTs of VIPs, Powerbrokers and Illuminati Families

Whenever there are fingerprints all over an international crime scene from the likes of Prince Andrew, Henry Kissinger, Bill Clinton, Hillary Clinton, Chelsea Clinton, Bill Gates, Tony Blair, John Kerry, Rupert Murdoch, Alan Dershowitz, etc., there is an obvious need to eliminate the witnesses. Which means that Maxwell must be dealt with one way or another. Just as Epstein was permanently removed from scene, Maxwell will also be as she knows way too much about to many VIPs.

The law and order establishment knows that every day Maxwell was roaming free around the globe as she has, the pressure to charge her would ratchet up accordingly. And so it did.

Because of what’s truly at stake for both parties during this final election cycle, the mere perception of either side of the political aisle being guilty of official misconduct and/or willful negligence and/or criminal complicity on the part of any of the Pedogate central players could translate to an October Surprise of epic proportions. (Misprision of felony, alone, is enough to get any politico knocked off their perch in the current climate, yes?)

Hence, a decision was made at the very pinnacle of the peak of the pyramid of the Pedogate power structure to create a new narrative—and fast!

No matter what does or does not transpire with regard to this open case, the world audience will inevitably be captivated by a well-rehearsed and highly orchestrated series of events that will ATTEMPT to bring final closure to EPSTEINgate.

What that looks like is anyone’s guess, but this story really has only so many possible endings. In light of so much manufactured mayhem worldwide, it’s even likely that the ultimate disposition of this case takes places in an anti-climatic manner. Or, that the ultimate determination of Ghislaine Maxwell’s domicile takes place totally under the radar.

In either or any case, bringing closure to the “Epstein and Maxwell” crime series is the immediate goal here, and TPTB will do so well before November 3, 2020.

Was Ghislaine Maxwell just arrested so she could also ‘not kill herself’
in the same jail as Jeffrey Epstein?

If Ghislaine really names names, won’t she be added to the Clinton body count—YESTERDAY?

The airing of the legitimate grievances and corresponding evidence in a court of law is simply not feasible where it concerns the unparalleled “Epstein and Maxwell” crime wave.

Nor is it even conceivable that the global power structure would permit the exposure or dismantling of it’s multi-millennial control mechanism known globally as Pedogate.

After all, virtually every powerful elected representative and government official, as well as influential corporate CEO and president, operates under the command and control structure of The Company (also know as the Central Intelligence Agency).

Were Ghislaine Maxwell to be prosecuted to the fullest extent of the law, the entire global crime syndicate would collapse in a day and a night.

Therefore, it’s the studied opinion of this conspiracy realist that if anything BIG does occur with this ultra-radioactive criminal case, it will be handled in a fashion not too unlike the multiple controlled demolitions on September 11, 2001.

In other words, the worldwide Pedogate edifice may likewise be ostensibly demolished — purely for show — just as the World Trade Center buildings were meticulously brought down into their own footprints. That’s translates to very little, if any, meaningful revelation or subsequent law enforcement actions against the top-tier Pedogate perpetrators.

Bottom Line: Ghislaine Maxwell was quite likely NOT arrested! And if she was, it was only to remove her from the global stage out of existential necessity. The global Pedogate crime syndicate is, in reality, a highly organized Khazarian Mafia blackmail operation overseen by the Zionist camarilla. Epstein and Maxwell were appointed as high-profile frontmen whose primary function was to closely network with the “Who’s Who” of high society in every sphere of life. Hence, the greatest likelihood where it concerns Ghislaine Maxwell, Epstein’s Mossad handler, is that:

The Epstein-Maxwell crime duo represents just one small but integral part of this massive criminal conspiracy to control the world via Pedogate. As follows: Head of the Snake: Wexner, Maxwell’s, Mossad & Mega Group Exposed (Video)

[1] The FBI has repeatedly proven itself to be a glorified protection racket in light of the gross official misconduct of the last three directors. FBI Director Robert Mueller covered up for 12 long years the deadliest and most destructive acts of terrorism ever committed on American soil—the false flag 9/11 terrorist attacks. FBI Director James Comey not only covered up the never-ending OBAMAgate, but also numerous other Obama-era scandals to include FAST&FURIOUSgate, BENGHAZIgate, SPYgate, IRSgate, EMAILgate, SERVERgate, WEINERgate SYRIAgate, LIBYAgate, ISISgate, FISAgate, WIRETAPgate, CLINTONFOUNDATIONgate, FBIgate, RUSSIAgate and UKRAINEgate, to name but a few. Now we have FBI Director Christopher Wray who has not made a single arrest during his tenure in spite of so many guilty Deep State criminals running around and so much transparent Democrat corruption. Not only did Wray completely bungle the Epstein case [ON PURPOSE], he has publicly proclaimed his lack of intention to hold various career criminals in government accountable for their conspicuous crimes against the nation. Now he appears to be scrubbing cleaning the EPSTEINgate crime scene, once and for all. Lastly, there was the incorrigibly corrupt FBI Director J. Edgar Hoover who was quite purposely selected to be the first FBI Director for the longest reign ever of 48 years. That’s how long he abused his power … and how much time has had to acquire dirt on every VIP in the world. Hoover’s thoroughly corrupt leadership is the real reason why the FBI is hopelessly corrupt to the core today, and why it must be dissolved for the good of the country.