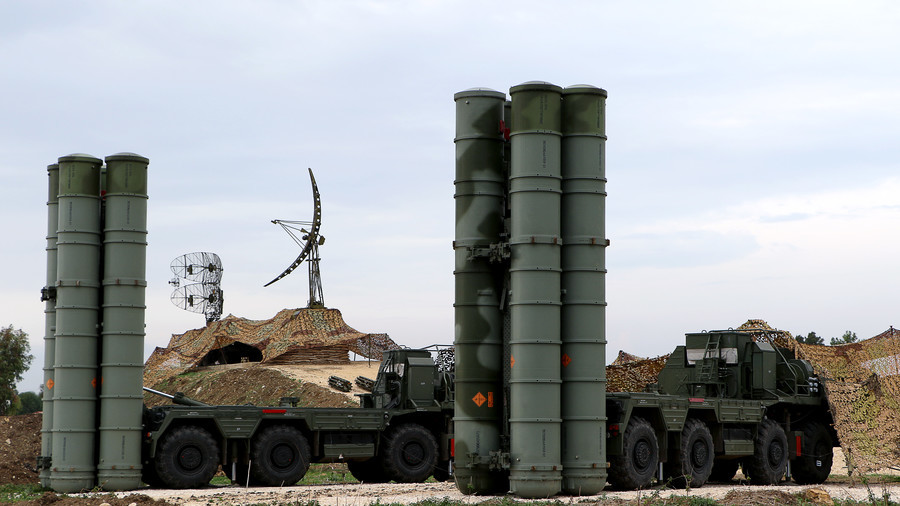 Moscow and Ankara have signed a $2.5-billion credit agreement on the purchase of S-400 air defense missile systems from Russia, according to Turkish media.

The deal was signed in the Turkish capital, Ankara on Friday, local media report. Previously it was announced that the delivery of the S-400 Triumf systems was scheduled to start in late 2019 or early 2020.

Earlier this week, Turkish Defense Minister Nurettin Canikli said the two countries sorted out the remaining details behind the deal, agreeing that Ankara is to receive two systems and four batteries from Russia. Turkey will pay 45 percent of the cost in advance, with the remaining 55 percent to be covered by Russian loans, according to the head of Russian state-run Rostec Corporation, Sergey Chemezov.

The S-400 anti-missile system is designed to shoot down aircraft at a range of up to 400km and ballistic missiles up to 60km away, while engaging 36 targets simultaneously.

Turkey has been engaged in a row over the Russian-made air defense missile systems with its NATO partners. Chairman of the US Joint Chiefs of Staff Joseph Dunford had said that Turkey purchasing S-400s would be a matter of concern for Washington.

NATO says that the systems are incompatible with the bloc’s systems. Turkish President Recep Tayyip Erdogan dismissed criticism, saying Ankara will not wait for the protection of its NATO allies. “We take care of ourselves,” he said.

In September, Washington pulled out of a $1.2-million arms deal for Erdogan’s security guards. The Turkish leader slammed the move, accusing the US of arming terrorists, referring to the US delivering arms to Syrian Kurdish militias which Ankara sees as terrorists. Washington vowed to stop providing weapons to the militias in early December.