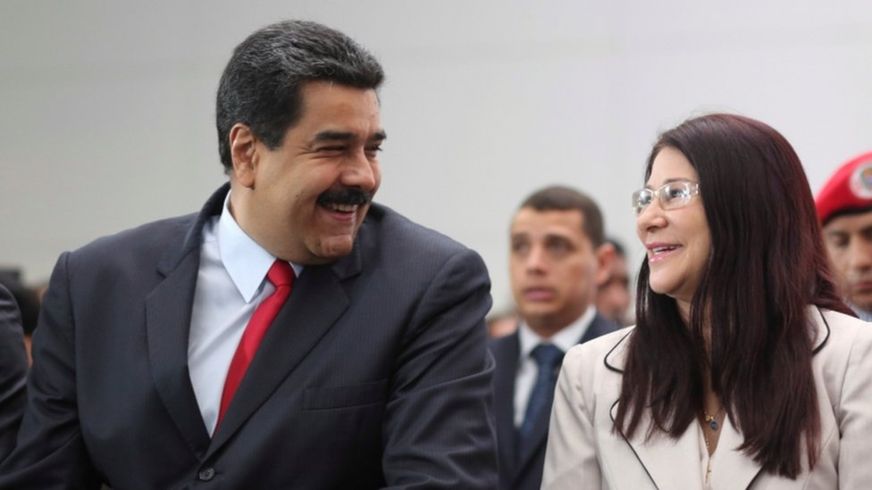 Venezuela’s President Nicolas Maduro has accused the US of fabricating drug trafficking allegations against two nephews of his wife, Cilia Flores.

A court in New York last week found Efrain Antonio Campos Flores and Franqui Francisco Flores de Freitas guilty of conspiring to import 800kg (1,750lb) of cocaine into the US.

Mr Maduro said the case was an “imperialist attack” against Ms Flores.

Both defendants face up to life in prison when they are sentenced.

They were arrested by undercover agents in Haiti in November 2015 following a sting operation by the US Drug Enforcement Agency (DEA).

At the time of their arrest, Venezuela’s left-wing government accused the US of kidnapping the men.

Prosecutors said the two men had plotted to use a Venezuelan airport’s presidential hangar to send the drugs to Honduras and on to the US.

In his first comments since the verdict, Mr Maduro rejected the allegations.

“Do you think it was a coincidence that the imperialists fabricated a case whose sole objective was to attack the first lady, the first combatant, the president’s wife?” he asked a crowd of supporters during a rally in the capital, Caracas, on Friday.

“Enough of attacks against revolutionary women, including my wife Cilia Flores!”

Ms Flores is a member of the National Assembly and a high profile politician. She served as the assembly’s speaker between 2006 and 2011.

During the trial, the defendants’ lawyers argued that the sting operation had been deeply flawed and built around an unreliable informant.

The informant, Jose Santos-Pena, was using and dealing cocaine as he helped the DEA build the case, defence lawyers said.

Mr Santos-Pena had signed a co-operation deal to testify against the defendants, but when the defence produced evidence that he had lied, prosecutors took the unusual step of announcing in court that his deal would be torn up.

“He lied in your face!” defence attorney David Rody told the jurors. “You saw a rare thing, a government co-operator get ripped up in court.”

Assistant US Attorney Brendan Quigley said Ms Flores’s nephews “thought they were above the law”.

“They thought they could easily make tons of money sending drugs out of the country because, as defendant Flores said, the DEA is not here and the Americans don’t come in here,” he said.

“But they were wrong.”

Relations between the US and Venezuela have been tense for many years. The two countries last had ambassadors in each other’s capitals in 2010.