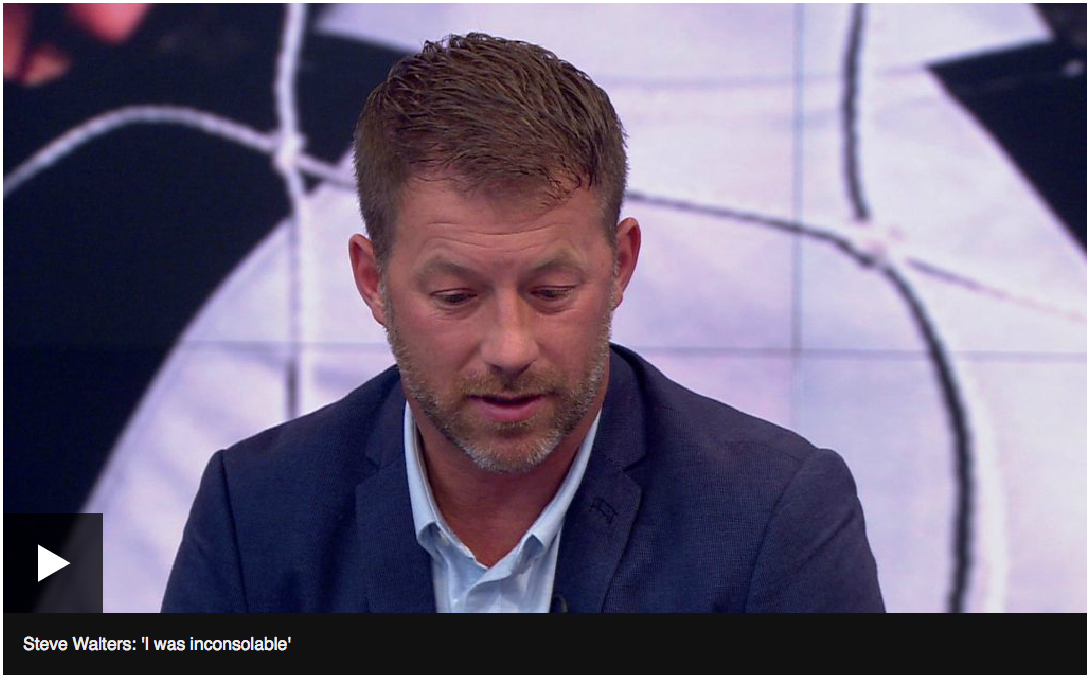 Hampshire Police said it was looking into claims of “non-recent child abuse within the football community”.

Cheshire Police said allegations had been made against more than one person while the Northumbria and Metropolitan forces have also opened investigations.

It comes as four ex-footballers spoke out about being abused as children by ex-Crewe Alexandra coach Barry Bennell.

Andy Woodward, who was the first to go public last week, wept as Steve Walters, Chris Unsworth and Jason Dunford spoke about their abuse by Bennell in an emotional interview on the BBC’s Victoria Derbyshire programme.

Abuse claims: What has happened so far?

Who is football coach Barry Bennell?

Cheshire Police said it had received a “growing number of disclosures” which included referrals from the children’s charity, and that allegations had been made “against more than one individual”.

The Premier League said it was concerned by the allegations and urged those with information to come forward.

MP Damian Collins, the chairman of the culture, media and sport committee, told the BBC he wants to hear from the Football Association.

He said: “The FA need to look back to see were mistakes made in the past. Were clues overlooked? Was not enough done to investigate a problem that they may have been perceived?”

Mr Unsworth and Mr Dunford waived their anonymity to speak out for the first time on Friday.

Mr Unsworth, 44, said he “thought he had to come forward… and help everybody”, after his girlfriend showed him an interview on the Victoria Derbyshire programme with ex-Crewe player Mr Woodward, 43.

He had been a youth player at Manchester City with Bennell before moving to Crewe with him when he was about 12 in the mid-1980s.

Mr Unsworth said he had stayed at Bennell’s house several times and the coach sometimes had two or three boys in the bed at once, where he would abuse them.

Mr Dunford said he had been staying at a Butlins holiday camp after winning a football competition, when Bennell attempted to touch him in bed.

He later moved to different boys’ football teams and said at one point another coach also attempted to abuse him.

Mr Dunford has now given a report to the police.

Neither player turned professional, in part because they felt Bennell drove them away from the game.

Bennell, who also worked as a youth football scout, was jailed in 1998 for nine years and also served a four-year sentence in the United States.

In 2015, he was given a two-year term for sexually abusing a boy at a training camp in Macclesfield, but is now out of prison.

Cheshire Police said 11 people had come forward since Mr Woodward spoke out, including fellow ex-Crewe player Steve Walters, 44, who said he had been abused by Bennell, when he was 13 or 14, during a trip to Anglesey.

He told Victoria Derbyshire: “I want justice now. The whole of football just needs ripping apart and this can never, ever happen to any young footballer again.”

In 2001, the FA put in place new rules to protect children, requiring adult and junior teams at all levels to have a trained safeguarding or welfare officer.

Some critics say the regulations rely too much on children being able to report abuse.