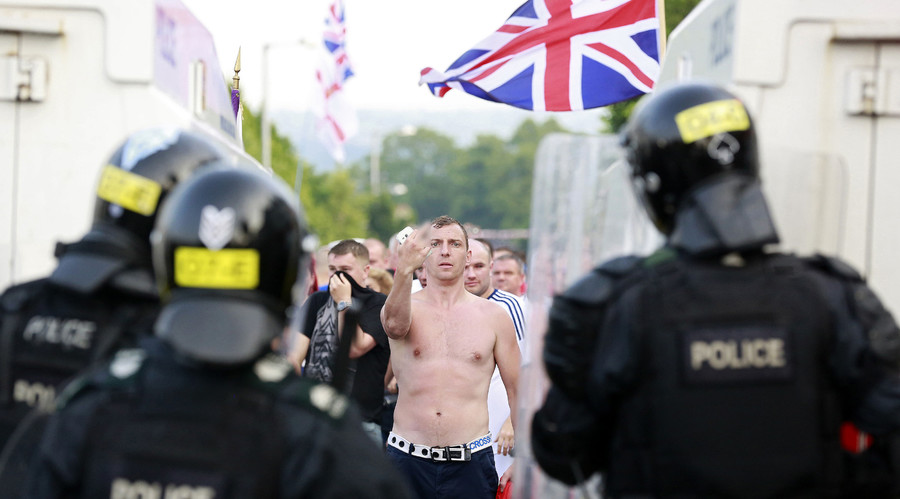 Hundreds of people have signed up online to take part in a rally against the results of the British referendum, which ended with the majority of Brits voting to leave the European Union.

“This referendum’s campaign descended into an absolute pantomime, and the result is terrifying,” the organizers of the march with a vocal title ‘F**k Brexit rally’ wrote on Facebook, calling on people to arrive at Parliament Square at noon on Saturday, June 25, and “show strength in the face of a decision none of us can truly predict the outcome of.”

Protesters are to march on the Houses of Parliament, with organizers hoping the initiative can help show people’s anger about the referendum result that has “split [Britain] into two.”

Organizers claim the majority of the British public didn’t fully understand the significance of the vote and its possible consequences. In the early hours of Friday morning, just before the vote results were announced, Google reported that the number of searches like “what will happen if Britain leaves the EU?” tripled across the country.

Campaigners state that the entire referendum was run poorly, with people not getting enough information on what to expect if the UK exits the bloc. They also say it was the older generation who voted for leaving the Union, while young people were “ill-informed and misled.”

On Friday, over 130,000 people signed a Parliamentary petition for the UK to hold a second Brexit referendum.

While Britain did vote ‘out’ of the EU by 52 percent to 48 percent in a national referendum on Thursday, several regions, including most of London, voted to stay in the bloc. The split in public opinion has already resulted in demonstrations. Former London mayor and Brexit campaigner, Boris Johnson MP, was surrounded by people on bikes who attempted to block his vehicle from moving and shouted slurs as he was leaving the Houses of Parliament on Friday morning.

Later in the day, large groups of 18- to 25-year-olds who voted to remain in the EU gathered outside Parliament and at Downing Street protesting the results of the referendum and the strict border policy. The young Brits were joined by a considerable number of 16- and 17-year-olds demanding the right to vote as well.

They even came up with a hashtag on Twitter to draw in supporters – that of ‘Not In Our Name,’ complaining that the decision to leave was made for them, while they are “the ones who will have to live with it.”Another march, announced in a Facebook post by Revolutionary Socialism in the 21st Century, was held “against racism, for migrant rights, against fascist violence.”

Right now: #NotInOurName – the signs held up outside Parliament by under 18s who couldn't vote #EURefResults pic.twitter.com/Xonm0W2uoB

Smoke devices being set off by a few #migrantswelcome protesters. #Brexit #londependence pic.twitter.com/Y7WKSCvVEO

Organizers say the referendum and its result have “unleashed a torrent of racism,” with both ‘Leave’ and ‘Remain’ campaigns equally “stoking up bigotry against immigrants.”

“Our ruling class has opened a Pandora’s box of racist rhetoric around migrants and allowed a space to open up in groups and individuals influenced by fascist ideology,” the rally manifesto on Facebook states.