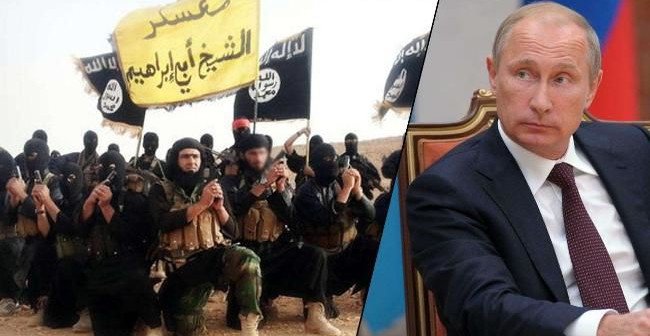 Washington’s War on Terror is A Total Fabrication Washington so-called war on ISIS is a complete fabrication. Russia’s is the real thing. Its effectiveness is why Obama won’t cooperate with Putin – even though both leaders claim they share the same goal.

In over a year of daily Syria bombing, America’s vaunted military destroyed zero ISIS targets, nor those of other terrorist groups.

Most armed formations are demoralized. There is growing discontent with field commanders, and there is evidence of disobedience. Desertion is becoming widespread.-

Kartapolov said Russian “aircraft carry out strikes against the militants infrastructure based on data provided through several intelligence channels as well as intel supplied by the information center in Baghdad. We only attack targets held by internationally-recognized terrorist groups.”

“It is against our principles to advise our colleagues which targets to strike,” said Kartapolov. “However, on October 11, a power plant and an electrical substation were destroyed by coalition warplanes in the vicinity of Tell-Ala.”

US and allied warplanes are “deliberately destroying the civilian infrastructure in population centers making them unfit for habitation. Because of that civilians are fleeing these towns and contribute to the flow of refugees to Europe.”

Washington refuses to share intelligence data on ISIS and other terrorist groups’ locations. “So we went ahead and created a comprehensive map of areas controlled by ISIL, based on our intel and on data provided by the information center in Baghdad, Kartapolov explained.

“We are constantly in touch with the Syrian army,” Antonov explained. “All of our strikes are surgical and delivered with precision, exclusively against Islamic State infrastructures. We have not hit any other military or civilian facilities, let alone communities and mosques, contrary to what some western media have been claiming.”

“We cannot turn a blind eye to the fact that individual countries (notably America, Britain, France and Israel) help terrorist groups, counting on achieving their own selfish national objectives” – while duplicitously claiming otherwise.

Russia’s righteous campaign has Washington flummoxed, on its back foot, its regional imperial strategy taking a  major body blow, its imported anti-Assad death squads getting pummelled.

Syrian ground and air forces killed hundreds of ISIS and other terrorists since their major offensive began days earlier – a sustained effort to regain lost territory, liberating one village after another, reversing past setbacks, US proxies taking heavy losses.

No wonder Washington rejects cooperating with Russia. Putin’s righteous mission means its Middle East agenda is no longer unchallenged – maybe prologue for contesting it on a broader scale.

America’s dark side reflects pure evil, humanity’s greatest ever threat, its survival literally up for grabs.

Paul Craig Roberts calls Washington’s criminal agenda “unmatched anywhere on earth or in history.” Its rage for world dominance may kill us all.