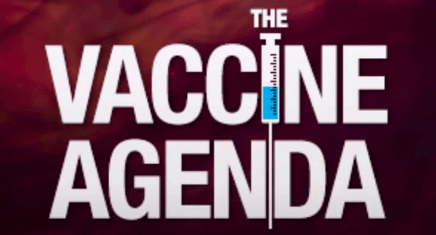 During the Star Wars Clone Wars three film prequel; we witness the rise of Palpatine from a Senator who manipulates public opinion and is made Supreme Chancellor of the Galactic Republic. The Dark Side then uses a manufactured crisis, in this case, the clone wars, created with the aid of earlier apprentices Darth Maul and Darth Tyranus, in conjuction with the unwitting Trade Guild, the Dark Side brings about the collapse of the Republic.
Later, employing his greatest creation, Darth Vader, Palpatine orchestrates the destruction of the Jedi order. Thus making way for Palpatine to declare himself Emperor of the Totalitarian Galactic Empire.
The Open Society Policy Center, a 501(c)4 nonprofit that is separate from Soros’ Open Society Foundations, is a nonprofit based in Washington, D.C. that focuses on advocacy efforts. The Open Society Foundations award grants, scholarships, and fellowships throughout the year to organizations and individuals who share Open Society values. The Open Society Policy Center, which receives funds from Soros’ Open Society Institute and Alliance for Open Society International Inc., gives generous grants every year to liberal advocacy groups.
It can be tricky to figure out how much an organization spent on a particular lobbying engagement. The law only requires lobbyists to report the amount they were paid for federal lobbying each quarter rounded to the nearest $10,000—and if it’s less than $3,000 in a given quarter (or less than $13,000 for organizations with in-house lobbyists), they don’t have to disclose it at all. Plus, some organizations include spending that doesn’t belong in the report—for instance, money spent lobbying state governments or other legal work.
A special interest’s lobbying activity may go up or down over time, depending on how much attention the federal government is giving their issues. Particularly active clients often retain multiple lobbying firms, each with a team of lobbyists, to press their case for them.
A meeting of the U.S. Programs (“USP”) Board (the “Board”) of the Open Society Institute (“OSI”) was held at the offices of OSI in New York, New York on February 26th, 2014. PhRMA paid for lunch.
A local TV station in Atlanta went undercover at a conference of the American Legislative Exchange Council (ALEC).
https://www.youtube.com/watch?v=K3yIbxydlHY

Ron Watson works with grassroots advocacy organizations, Pharmaceutical Research and Manufacturers of America (PhRMA) representatives as well as in-house and contract lobbyists for companies including Merck, Pfizer, Eli Lily, GlaxoWellcome and other Big Pharma corporations. Think critically.
Ever wonder why nothing ever changes? Controlled opposition turns a captive audience into a captured herd. Celebrity worshipers bow down to the false messengers and nothing changes – except that vaccine mandates become law. It’s only possible to end the charade by calling it out.
READ: FLVAXgate: Controlled Opposition Vaccine Groups in Florida Carry Out Sophisticated COINTELPRO-Type Operation
Is Dr. V.A. SHIVA AYYADURAI, aka President of Cytosolve Inc., communist?
CYTOSOLVE, INC. SOFTWARE AND PHARMACEUTICAL RESEARCH, DEVELOPMENT.
Dr. V.A. Shiva Ayyadurai delivered the State of the Art Lecture at the 2017 Annual Meeting of the American Society for Clinical Pharmacology and Therapeutics (ASCPT). The theme of the meeting was Advancing Patient Care Through Precision and Translational Medicine. Dr. Shiva’s lecture was titled In-Silico Mechanistic Modeling: The Future of Precision Medicine. Dr. Shiva focused on CytoSolve which can be used effectively for in-silico mechanistic modeling, which forms a solid foundation for precision medicine. The event was held on March 15-18, 2017 at Washington Marriott Wardman Park, Washington, DC.
Meet Kevin Tuttle, Mediocris Kevin, aka Dr. Kosher Klaussen.
Meet Lynette Marie Barron, aka Lynette M. McKinney.
Tuttle has been busy promoting Adverse Events Recovery and Information Center (AERIC) which claims, “Our mission is to provide health guidance and recovery to families, and individuals, who have succumbed to injury via pharmaceuticals. We strive to provide aid where needed in a naturally-minded approach: healing from the roots.”
You can learn more about Tuttle’s BIKE RIDE Across America here.
The AERIC Facebook Group was created December 5, 2019.
The Devil’s Horns is one of the most widely recognized symbols of allegiance to Satan. Anton LaVey of the Church of Satan also used the Sign of the Horns.
Kevin Tuttle’s LinkedIn profile: Sun Prairie, Wisconsin
Funkier designs and manufactures innovative, high-quality cycling apparel at an affordable price. The Funkier Bike collection includes cycling wear, helmets, and protective gear, for men, women and children.
Visit https://funkierbike.com/ and you will learn Kevin Tuttle is a Distributor for Funkier via Challenge Cycles LTD. Note the address.
This is a business registration address for at least 8 companies. These are some of the names: Challenge Cycles LTD., 1 STOP MEDIATION CLINIC, LLC, Hilldale368 Inc., Perco, Llc., Perco Industries, Inc., Perco Aaa Llc., DVYN LIFESTYLE LLC, and Sigalit Perl, Ph.d, Psy.d. P.a.
Meet Abi Perl.
Abigail Perl Licensee Details. Think critically.
Sigalit Perl, Ph.d, Psy.d. P.a 13321 Mustang Trail, Southwest Ranches FL 33330
According to https://www.strava.com/athletes/15651000 Kevin Tuttle rode his bike in London on January 31, 2020.
The photo on the left is from Mediocris Kevin’s Facebook page. The photo on the right is from Kevin Tuttle’s Strava profile.
Was Kevin Tuttle riding his bike in London on January 31, 2020 or was Kevin Tuttle “Chatting about AERIC” with Elise Mon on January 31, 2020?
Does this look like London to you?
Kevin Tuttle 13321 Mustang Trail, Southwest Ranches FL 33330
Sigalit Perl, Ph.d, Psy.d. P.a 13321 Mustang Trail, Southwest Ranches FL 33330
March 19, 2019
July 11, 2019
August 6, 2019
Florida Legislature Study Assignment: SENATE BILL 64
December 31, 2019
Conscience Coalition’s CERTIFICATE OF INCORPORATION was issued and admitted to record with the Articles of Incorporation in the Office of the Clerk of the Commission, effective July 15, 2019.
The domain for Conscience Coalition is registered to Timothy Akey.
Akey is a former Takeda Pharmaceuticals rep and works for The University of Florida Pathology, specializing in molecular genetics.
Meet Jonathan Lockwood. Executive Director of Conscience Coalition. (VIDEO)
When truth is subverted, new information cannot be accepted or believed even if evidence to the contrary is presented.
Conscience Coalition’s Greg Mitchell (The Mitchell Firm Inc.) received funding from Soros’s Open Society Policy Center.