“The George Floyd Psyop is part of a much larger plot
being carried out by all the usual suspects to the overthrow
the American Republic. Whether he’s dead or alive, the
ruthless ‘killing’ of George Floyd was a deliberately choreo-
graphed and carefully filmed assassination of a powerless
black man by a group of white police officers. This psyop
had all the elements of a real hate crime designed to inflame
racial tensions across the USA, as it has done. Like every
global psyop of this scope and magnitude, the perps craftily blended reality with hoax so as to confound the investigators.”

People, it doesn’t even matter anymore if an event is a totally real occurrence or perfectly staged hoax or reality mixed with fakery.

Once the CIA’s Mockingbird Media reports in unison a fabricated narrative about any event whatsoever, that narrative becomes the official history. And everyone knows that “history is written by the victors”[1].

Just go to the CIA’s encyclopedia for the masses — Wikipedia — to read all the patently false and fictitious history that the victors — those who secretly rule US today — write by the volumes every single hour of the day.

If any story makes the “front page of the Internet” these days, you know it fishy. Very fishy indeed!

For example, the well concealed George Floyd story started exposing itself the day it supposedly occurred. Here’s what one armchair investigator had to say about it:

George Floyd’s murder was either a pre-planned public execution
or totally staged hoax!

Then there is the so-called “Pandemic of the Millennium” and “Panic of the Century” both triggered by the dreaded COVID-19.

Again, it ought to be obvious to every truth seeker that:

OPERATION COVID-19 is a
State-Sponsored Global 9/11 via a
Series of False-Flag Bioterrorist Attacks
and Multiple Manmade Mass Casualty Events,
Planned as a Fake Pandemic and Staged Panic to
Greatly Advance the New World Order Conspiracy
to Establish a Totalitarian One World Government

(Source: How the “Conspiracy Theory” meme is being used to cover up OPERATION COVID-19 and advance COVID-1984)

The bottom line here is that virtually any kind of black operation run by The Powers That Be will be predicated on a meticulously planned and highly provocative staged event.

Perhaps the best known black operation in U.S. history was the state-sponsored 9/11 false-flag terrorist attacks. Let’s face it: if the New World Order globalist cabal can get away with that transparent inside job and blame it on Osama bin Laden, what can’t they get away with.

Which brings us back to the carefully planned and very public execution of George Floyd.

There’s no question that every race war needs a trigger event. And, that every bitterly fought civil war needs a raging race war to get things going fast and furiously. (Remember the Civil War 1.0!)

Well, the globalists actually used the whole month of May to gin up racial tensions all over America. The following excerpt from a previous SOTN exposé breaks it all down.

Clearly, the dramatic and savage murder of Floyd was painstakingly choreographed in order to inflame the racial tensions to the greatest degree possible, which it has done.

So, it’s no longer a matter of whether George is still alive or dead; as long as the masses firmly believe the MSM narrative then they can be quite easily manipulated into tearing up every major city in America. And so they are! 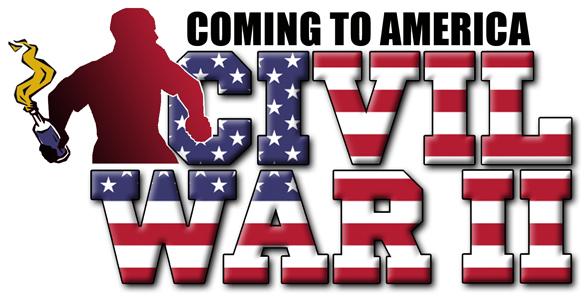 It’s crucial for the Patriot Movement not to lose sight of the much larger plot at work here.

Every major revolution of the past 300 years has seen the same perpetrators use the MO of sowing seeds of chaos and conflict throughout the targeted nation or society.

As a matter of historical fact, the following statement can be made about the parallels that become evident with even a cursory retrospective assessment of the 1917-1918 time period and the intensifying state of affairs throughout the world today.

There’s no question that the NWO globalist cabal intends to collapse the American Republic in order to remove the last major impediment to the formation of a One World Government.

The globalists know that an armed U.S. citizenry which still enjoys the freedom of speech cannot co-exist with a tyrannical technocracy and totalitarian government, especially an Orwellian global power structure.

Hence, the globalists have enlisted every cultural marxist, bolshevik, anarchist, communist, terrorist, mercenary, socialist, liberal, progressive and other left-wing radicals to riot in every Democrat-controlled city across the USA.

They even installed a cultural marxist mayor in Minneapolis in advance of these planned nationwide riots as a means of destroying the city as a prelude to terminating the police department.

This particular pre-planned initiative is being purposefully carried out to set a precedent for all the other sanctuary cities that will follow suit. Soon, every sanctuary state will be encouraging the municipal governments to shut down their police departments to pacify the rioters, thereby making it much easier for the most lawless and criminal elements of society to dominate the urban landscapes like they do in Chicago and Detroit.

Remember, “manufactured chaos and conflict” is the name of game in every highly organized communist insurrection. In this way, a conducive environment is being created for full-scale civil war and, in the present case, to overthrow of the Trump administration.

This rapidly deteriorating situation is going to go from bad to worse unless President Trump takes decisive action post-haste.

For instance, the POTUS and AG possess a plethora of hard evidence which categorically incriminates George Soros & Sons in a criminal conspiracy to overthrow the US government. Soros has even spoken and written words that implicate him in the ongoing soft coup, soon to morph into a violent coup d’état. See: ARREST SOROS NOW ! ! !

Because there is a much larger agenda being implemented in the background, this highly combustible and quickly evolving predicament requires that American patriots take a stand as never before. Truly, everything comes down to the remaining 5 months until Election Day.

Exactly what is that overarching agenda that drove THE GREAT SCAMDEMIC as it’s driving these wholly manufactured riots, unprecedented looting and violent protests triggered by the “GEORGE FLOYD PSYOP”? As follows:

People, be forewarned so that all the necessary pre-emptive measures can be taken with all deliberate speed. Every patriot is now compelled to step up to the plate wherever, whenever and however they can. Things are escalating faster than anyone knows, and much of what coup plotters have planned to carry out between now and Nov. 3 has yet to surface even a little bit.

Because the NWO globalists are backed into a corner with absolutely no way out, everyone is hereby put on notice that: 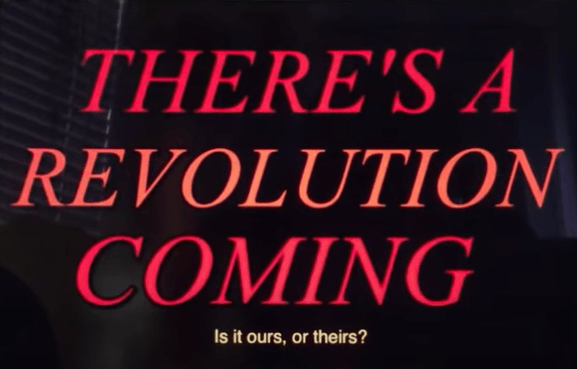 Special Note: Typically, October Surprises occur during October of the quadrennial election cycle as a means of one of the two major political parties effectuating a reversal of fortune for the other. Not so in 2020! The American body politic has already experienced two humongous October Surprises; the Plandemic was hatched in January, the ongoing race riots in May. However, as if those weren’t executed with enough overwhelming force and frenzy, the electorate is now about to witness a series of even more dramatic October Surprises that will surely shock and awe this nation (and the world-at-large) as never before. There’s simply too much riding on the 2020 election outcome for either side of this epic (and final) conflict to not carry out some exceedingly desperate moves and/or recklessly brazen maneuvers. The home stretch actually starts right now — D-Day, June 6, 2020 — so expect to see some astonishing fireworks, like never before, between now and the Fourth of July.