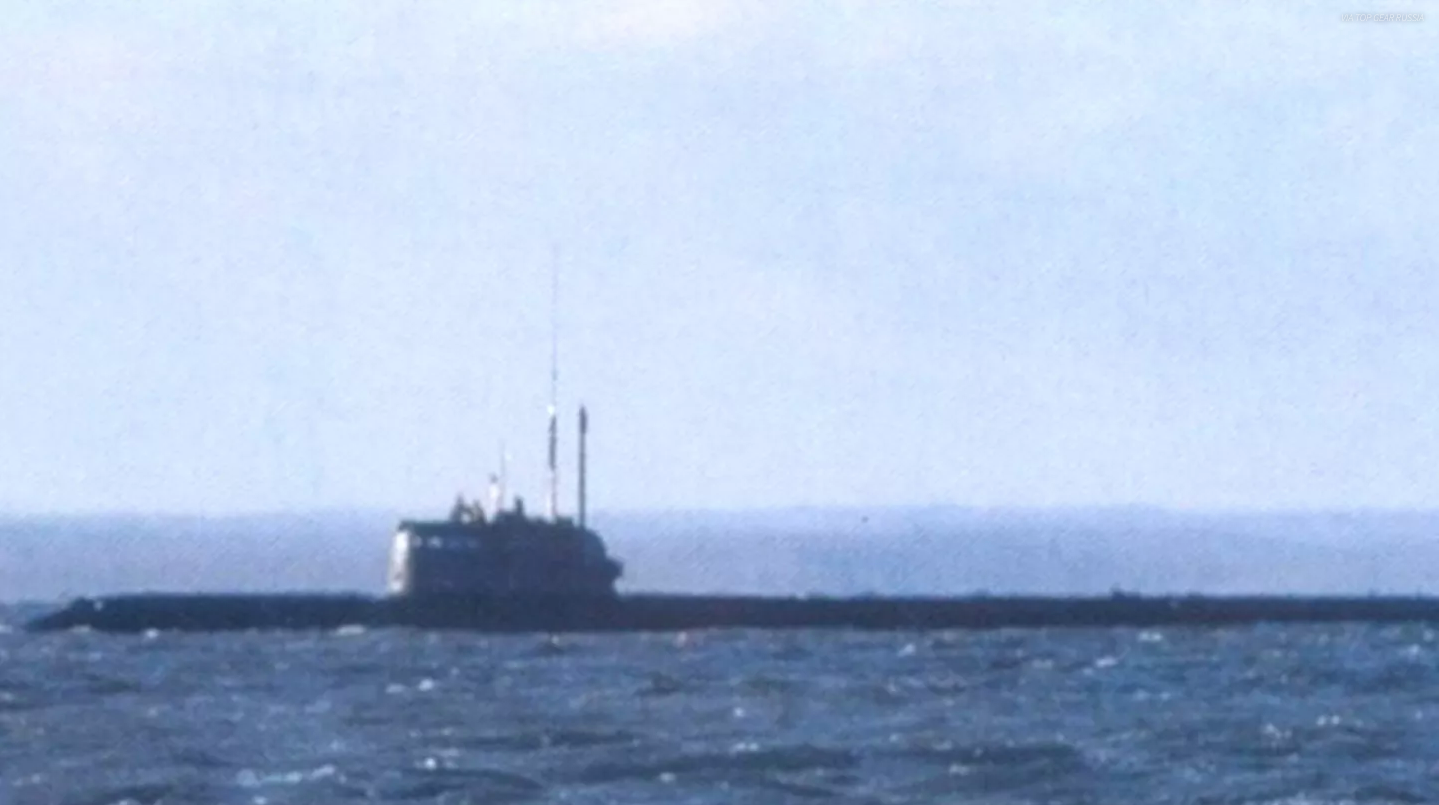 Reports and rumors are flying about the accident, which may have been aboard the shadowy spy sub Losharik, as Putin clears his schedule.

Hard details about the accident are still limited, but Russia has revealed that 14 sailors died in a fire on board an unspecified deep-diving “research” submarine yesterday, making it the deadliest Russian submarine accident in more than a decade. Unconfirmed reports say that the incident occurred on board the Project 10831 Losharik, one of the Russian Navy’s secretive “special projects” spy subs, a submersible it had launched, or its larger modified Project 667BDRM Delfin-class mothership submarine, the BS-64 Podmoskovye. This is still very much a developing story, so all of this information could be subject to change.

The incident occurred on July 1, 2019, within Russian territorial waters, according to a statement from the Russian Ministry of Defense. The statement does not name the submarine, but says it was carrying out “bathymetric measurements,” or underwater mapping, at the time. Russia says the blaze is now extinguished and the submarine is in port at Severomorsk, home of the Russian Navy’s Northern Fleet’s headquarters, but there is no detailed timeline of how long the submarine was on fire or how long it took to get it back pier-side.

“On July 1, a fire broke out in the Russian territorial waters on a deep-water research apparatus designed to study the bottom of the ocean … in the interests of the Russian Navy, during bathymetric measurements,” a machine translation of the Ministry of Defense statement reads. “14 submariners died as a result of poisoning by combustion products,” it added, indicating they had perished as a result of smoke inhalation, rather than from the fire itself.

The Russian business daily RBC, citing an anonymous source, subsequently reported that fire had occurred on board a submersible that the nuclear-powered Losharik had deployed.

Yet another report from Open Media, again citing unnamed sources, says that the submarine in question was actually BS-64, which reportedly serves as the mothership for Losharik. The small nuclear-powered submarine is supposed to ride closer to the mission area underneath the larger BS-64.

The official description of the submarine is “deep-water research apparatus” could point to a smaller deep-diving submersible, which the Russian Navy and other Russian government agencies do operate for intelligence gathering and special operations missions, scientific research, and deep-sea rescue purposes. However, these vessels typically have crews that are much smaller than 14 individuals. For instance, Russia’s AS-28 deep-sea rescue vehicle (DSRV) has a crew of only five, though it can carry up to 20 additional individuals during a rescue mission.

Furthermore, the Russian Ministry of Defense statement also did not suggest that everyone on board the submarine had died, pointing to an even higher total crew compliment. It’s also not clear is Losharik can carry something as large as the AS-28, to begin with.

In addition, the Russians also describe their special mission submarines, ranging from the deep-diving, nuclear-powered, yet relatively small submarine Losharik to the new Belgorod, presently the world’s longest submarine, as “research” boats. That a mothership submarine carries Losharik ventrally during extended-range missions may be part of the confusion, as well. There is limited information about any of these submarines.

Losharik can reportedly dive to depths as deep as 3,300 feet and its primary mission is to investigate and manipulate objects of interest on the seabed. This could include recovery of sensitive objects for intelligence analysis or to prevent other countries from doing the same, the deployment of sensors or other equipment, or the tapping or cutting of seabed cables supporting military and civilian communications and other networks. The midget submarine is such a concern that U.S. Northern Command mentioned it by name in a 2016 briefing as an example of the kind of “dark targets” that required the development of new underwater detection and monitoring capabilities. You can read more about this submarine here, here.

If Losharik or Podmoskovye suffered the fire, one of the immediate questions is whether or not their nuclear reactors were ever in danger and what their statuses are at present. Russian President Vladimir Putin has reportedly canceled his entire schedule for the day and is set to meet with Defense Minister Sergei Shoigu, very likely about the accident.

There were also reports that Vice President Mike Pence had canceled an event in New Hampshire and raced back to Washington, D.C., but this spokesperson subsequently said he had never left the city. White House officials have since further stressed that this change in plans was not related to health issues or matters of national security. Pease Air National Guard Base in New Hampshire, where Pence had originally been scheduled to arrive, was also dealing with a reported active shooter situation this morning, though this now appears to have been a false alarm.

There are separate reports that European Union officials had called an emergency meeting of their “security council,” but this entity does not exist. This does not necessarily mean European officials are not holding an emergency gathering, but that remains unconfirmed and there is no clear evidence that it is related to Russia’s submarine accident.

Deleted tweet about all this weird stuff happening at the same time (Pence, Putin, European officials) because there is no European Security Council meeting since it does not exist.

Believed I read that detail on a verified acct but it is not the case.

Regardless, this new incident is already the deadliest Russian submarine mishap since 2008, when the fire suppression system on the Russian Project 971 Akula-class submarine Nerpa went off accidentally, killing 20 submariners and injuring 41 more. Russia subsequently leased Nerpa to India, where it remains in service as the INS Chakra.

But this is just one in a string of significant Russian submarine accidents since the end of the Cold War. Most notably, in 2000, a pair of explosions sunk the Russian Navy’s Project 949A Oscar-class submarine Kursk and led to the deaths of all 118 personnel on board. The attempted rescue operation was also an embarrassing debacle for the Russian government and its then-new President Vladimir Putin.

Fires have not been uncommon, either. In 2011, the Project 667BDRM Delfin-class ballistic missile submarine Ekaterinburg burst into flames in drydock in Murmansk. In 2018, then Russian Deputy Prime Minister Dmitry Rogozin said that the sub had been carrying a full load of 16 R-29RM Shtil missiles, each with four nuclear warheads, at the time, something observers had previously dismissed as a possibility given that it would have been an obvious and serious safety hazard.

In January 2018, there was also an apparent fire on board a Kilo-class submarine at Russia’s submarine base in Vladivostok in the country’s Far East region, where the Russian Navy’s Pacific Fleet is headquartered. At the time, officials insisted this was a drill, but this seemed highly unlikely. It remains unknown what the exact source of that fire was or the extent of the damage.

The War Zone will be following this still-developing story closely and will be sure to update this post as new information becomes available.

Among the 14 dead were seven Russian Navy Captains of the First Rank, roughly equivalent to the U.S. Navy Captain rank, according to state-run media outlet Sputnik. Two of these individuals had also been decorated as Hero of the Russian Federation, the country’s highest honorary title.

First public statement by Putin about the deadly incident on the Northern Fleet: 7 officers out of 14 dead were "captains 1st rank" (Russian equivalent to NATO OF-5/US O-6 captain rank), 2 were Heroes of Russia. Crème de la crème of the Russian Navy (9/x) https://t.co/VXxiXp2UoK

Russian officials have still not named the submarine that suffered the accident, but they have announced there will be an investigation.

Russia’s Defense Ministry has denied telling Norwegian officials that the cause of the accident onboard the still unnamed submarine was a “gas explosion,” according to Interfax. Per Strand, a director at the Norwegian Radiation and Nuclear Safety Authority, had previously told Reuters that this was the answer Russian officials given to his agency in response to queries about the accident and whether there had been any release of radiation as a result.

“We have made checks and we are not monitoring too high radiation levels in the area,” Strand had added.

The Kremlin has released a full English readout of Putin’s meeting with Shoigu, in which the Russian President describes the submarine that suffered the fire as an “unusual vessel.” This would seem to further point to the boat in question being Losharik or another one of Russia’s special projects submarines.