Did a sub-protected Russian depp submersible just get into a firefight with a U.S. submarine? 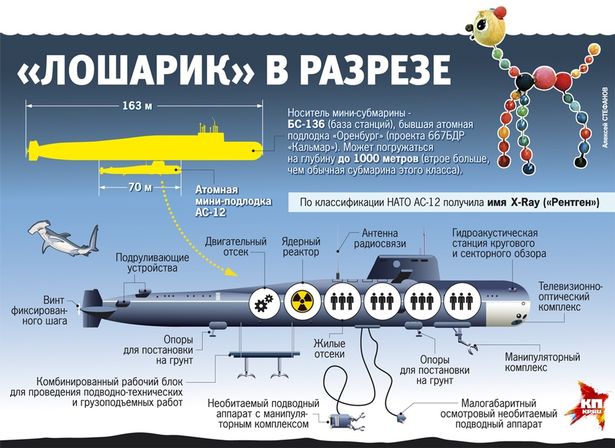 Did a sub-protected Russian deep submersible just get into a firefight with a U.S. submarine?

ARCTIC CIRCLE: The New Conflict Zone Between the East and the West

What follows are just a few news reports form both the mainstream and alternative media about the recent deaths that occurred in a Russian deep submersible named the LOSHARIK.

In spite of the official statements and MSM reporting it’s still not clear where this on-board fire, which took at least 14 lives, actually occurred in the Arctic Circle.

As a result, the speculation about what really transpired has been wild and rampant. Some have even conjecture that a Russian sub took out an American submarine during a confrontation.

RT.com has a completely different take on this disaster.  What is particularly noteworthy about the following report is how little information it presented.

Lastly, there’s the following article published by the U.S. Naval Institute.  They provide much more context, albeit issued from officialdom, regarding Russia’s submarine history.

It’s now evident that the Arctic Circle is fast developing into a new conflict zone between the United States and the Russia Federation.

There are several reasons for this, but one of the most significant is to determine who controls the vital shipping lanes.   Of course, oil and gas exploration rights is also a major driver of the extremely aggressive behavior by the West.

Putin’s Russia is simply doing what it has always done in the Arctic—exploring and developing energy resources.  The United States, Canada and other involved nations within the Anglo-America Axis, on the other hand, are now flexing their muscles in the Arctic like never before.  This volatile situation will likely continue to heat up until every boundary is tested and defended by the various stakeholders who rim the Arctic Circle.

It’s true that the violent theft of oil and gas reserves around the world has become the major unspoken pretext for so much outright warmongering by the U.S. and its allies.  You name it: the Ukraine War, Syrian War, Libyan War and the regime change attempt by the Trump administration in Venezuela are all about the naked theft of oil and gas deposits from the targeted nation.

However, Putin’s Russia is not one to take such aggression lightly.  Which is why this recent submarine event is quite likely a message-sending altercation to the West.