Why was a 36 year-old, ultra-liberal, Zionist, Israeli puppet given complete control of American foreign policy by Trump? ANSWER…. America’s foreign policy depicted by one photo, the map in the background is no coincidence

Why was a 36 year-old, ultra-liberal, Zionist, Israeli puppet given complete control of American foreign policy by Trump? ANSWER….

Tillerson: Kushner conducted diplomacy behind my back

Former US Secretary of State Rex Tillerson accused President Donald Trump‘s son-in-law of conducting diplomacy behind his back when he was in the administration, leading to a number of embarrassing incidents.

Tillerson, who was fired by Trump in March 2018, told the House Foreign Affairs Committee last month about several episodes involving Jared Kushner, according to a transcript of a congressional hearing released on Thursday.

The former top US diplomat and CEO of ExxonMobil happened to be dining in the same restaurant while Kushner and Mexican Secretary of Foreign Affairs Luis Videgaray were having a private meal.

Tillerson had not been informed his Mexican counterpart was in the US capital.

He said he “could see the colour go out” of the Mexican official’s face when Tillerson greeted them at their table with a smile.

“And I said: ‘I don’t want to interrupt what y’all are doing’,” Tillerson recalled. “I said ‘Give me a call next time you’re coming to town.’ And I left it at that.”

Tillerson also said he was caught off guard on June 5, 2017 – along with then-defence chief James Mattis – when Saudi Arabia, the United Arab Emirates (UAE), Egypt and Bahrain imposed a blockade on Qatar.

Kushner and another Trump adviser Steve Bannon had been told about the blockade more than two weeks earlier at a secret dinner with the leaders of Saudi Arabia and the UAE.

Tillerson said he didn’t know about any such dinner but it would have made him “angry” if it had occurred, since he and others in the administration were caught off guard by the blockade a few weeks later.

Tillerson said he met representatives of all four of the blockading countries, “trying to persuade them that this was very detrimental to their own security in the region”, and the Saudi and UAE representatives did not tell him their governments had earlier told the US about their plans for a blockade.

The White House disputed the former secretary’s criticism of Kushner.

“This story is false and a cheap attempt to rewrite history. The alleged ‘dinner’ to supposedly discuss the blockade never happened and neither Jared, nor anyone in the White House, was involved in the blockade,” presidential spokesman Hogan Gidley said.

“The White House operated under the belief the secretary of state at the time, Mr Tillerson, would and should know what his own team was working on.”

Gidley added Kushner “consistently follows proper protocols” with the National Security Council and the State Department. Bannon did not respond to a request for comment.

Asked about the relationship between Kushner and Saudi Crown Prince Mohammed bin Salman (MBS), Tillerson said “there was a lot of communication between the two of them” and Kushner travelled to the kingdom and other areas of the Middle East without consulting US embassies.

He said he raised the issue of such trips with Kushner, who said he would “try to do better”.

However, Tillerson said not much changed and that made his job more difficult.

“I want to stress the most worrisome element here, when the president runs foreign policy just out of the White House, it’s secret government not just dual government,” said Fein.

“And remember this could also happen with regards to things more than just foreign diplomacy. It could relate to military affairs. Who knows who is calling the shots on Iran,” he said.

Speaking about Trump, Tillerson said he stood by his characterisation of the president as someone who was undisciplined, did not like to read his foreign policy reports, or get into details of things.

Tillerson’s 13-month tenure as secretary of state ended when Trump abruptly fired him on social media.

Trump had harsh words for Tillerson in December after the former oil executive said in rare public remarks that the president was “undisciplined”.

Trump called him “dumb as a rock” in a tweet. 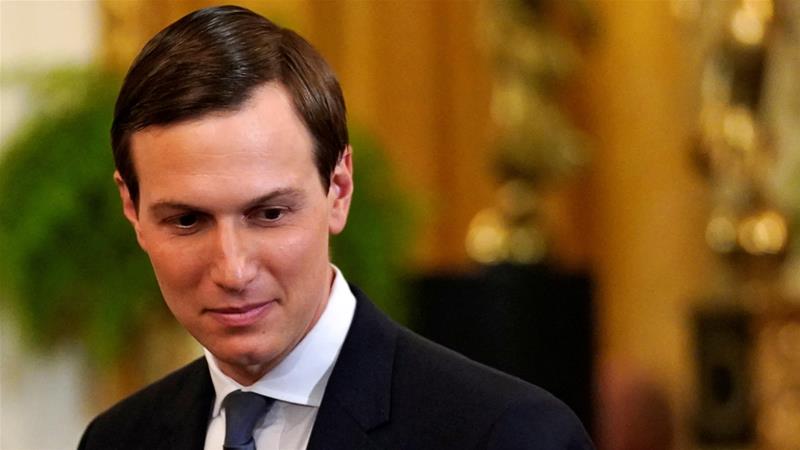 Jared Kushner on Israel-Palestine deal: Time to try something new