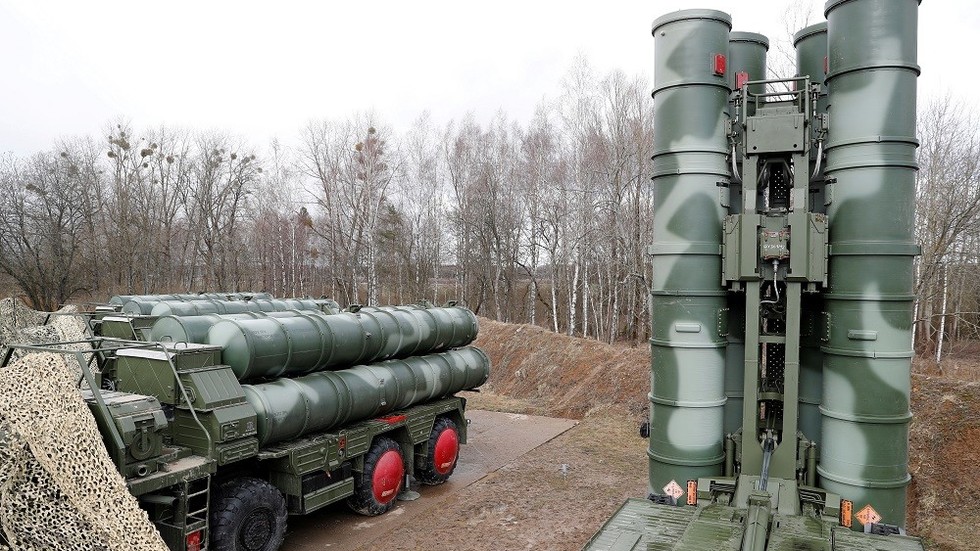 Not you too! US warns India against Russian S-400 ahead of Pompeo’s visit

Although Washington already has its plate full trying to dissuade Turkey from buying S-400 air defenses, it is also “urging” India against buying the Russian missile system just ahead of Secretary of State Mike Pompeo’s visit.

Having already told India not to go through with the S-400 deal last week, a State Department official issued a reminder to US “allies and partners” on Friday, backing up the “suggestion” with a veiled threat.

“With respect to the S-400, we’re urging all of our allies and partners, India included, to forgo transactions with Russia that risk triggering the CAATSA sanctions,” the unnamed official said during a background briefing, referring to the 2017 law that threatens to sanction other countries for buying Russian weapons. “This is a time we will be encouraging India to look at alternatives.”

The warning comes after New Delhi made clear it had no plans to scrap the multi-billion dollar deal it signed with Moscow last October. While the US remains one of India’s top weapons suppliers, Friday’s message was yet another indication the expected waiver for the S-400s may not be forthcoming.

The Russian missiles will likely be one of the issues brought up when the top US diplomat arrives in New Delhi next week. Pompeo’s visit will primarily focus on improving diplomatic ties and cooperation between the US and the populous South Asian nation.

India may have “Strategic Trade Authorization Tier-1 status” in Washington, but Turkey is a full-fledged NATO member yet Washington has had little luck talking Ankara into giving up on the S-400. Turkey has repeatedly snubbed threats of sanctions and even warnings that it would be kicked out of the F-35 program if the deal with Moscow goes through.

Last September, the US used the CAATSA legislation as a justification to sanction China’s defense ministry over their S-400 purchase. However, it has yet to sanction an existing – or prospective – ally, such as India.

While Washington has desperately tried to entice countries to purchase the MIM-104 Patriot system instead, it appears that for many countries the market has already spoken.