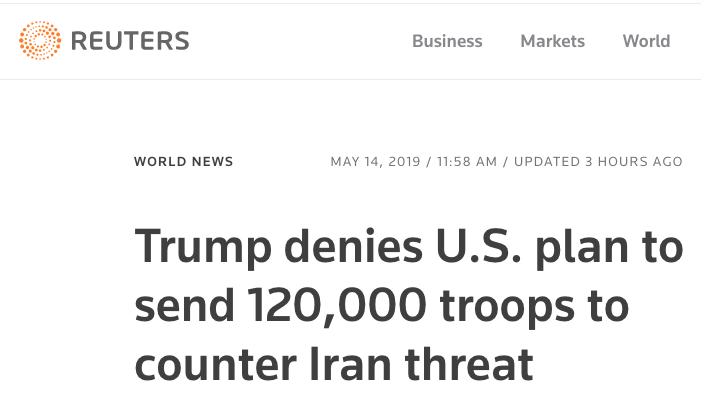 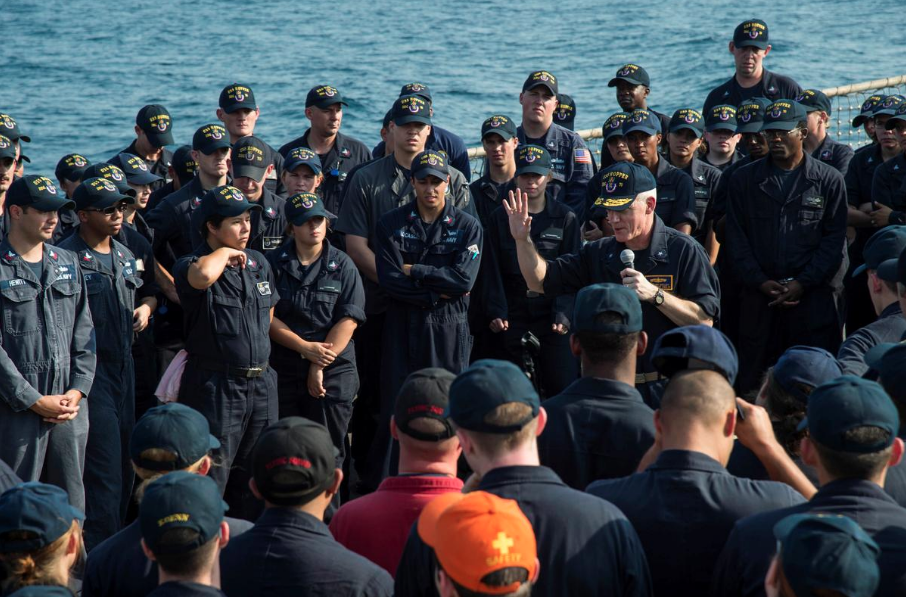 WASHINGTON (Reuters) – President Donald Trump on Tuesday denied a New York Times report that U.S. officials were discussing a military plan to send up to 120,000 troops to the Middle East to counter any attack or nuclear weapons acceleration by Iran.

“I think it’s fake news, OK? Now, would I do that? Absolutely. But we have not planned for that. Hopefully we’re not going to have to plan for that. And if we did that, we’d send a hell of a lot more troops than that,” Trump told reporters at the White House.

The Times reported that Acting Defense Secretary Patrick Shanahan presented an updated plan last week in a meeting of top national security aides that envisions sending as many as 120,000 American troops to the region if Iran attacks U.S. forces or accelerates work on its nuclear weapons.

The updated plan does not call for a land invasion of Iran, which would require far more troops, the Times reported, citing unidentified administration officials.