It’s only a matter of time before Israel’s enemies can inflict catastrophic damage to Tel Aviv and paralyze the entire nation. Advanced weapons technology developments have leveled the battlefield. 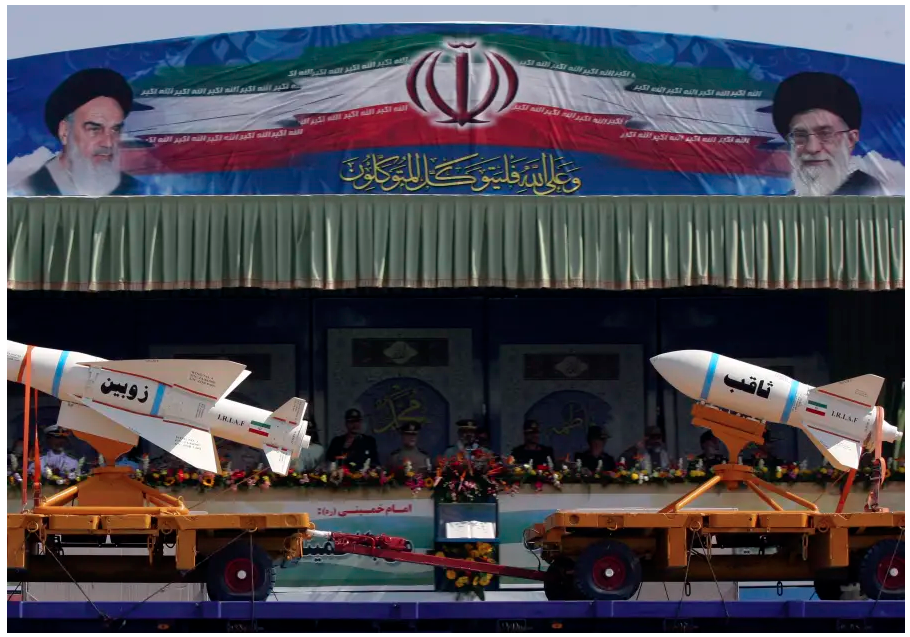 It’s only a matter of time before Israel’s enemies can inflict catastrophic damage to Tel Aviv and paralyze the entire nation. Advanced weapons technology developments have leveled the battlefield.

The point of the drill is to showcase Iran’s military prowess. It comes in the wake of a large naval drill in February and frequent new tests of ballistic missiles.

Iran’s Defense Ministry announced on Thursday that it had launched a massive exercise involving 50 drones that are based on a US Sentinel drone the Iranians captured in 2011. The Islamic Revolutionary Guard Corps said it was the strongest exercise of its kind to date.

Named “Beit al-Maqdis,” a reference to Jerusalem, the operation was attended by the commander of the IRGC, Hossein Salami, and IRGC Aerospace Force commander Amir Ali Hajizadeh. Fars News and Tasnim News both reported details of the operation, noting that, “for the first time, 50 Iranian drones on the RQ-170 [US Sentinel] model operated with a number of assault and combat drones.”

It was the first time, Iran says, that so many drones operated simultaneously in an “offensive operation” at distances of more than 1,000 km away from each other. They trained to strike predetermined targets with “high precision.” IRGC Ground Force commander Maj.-Gen. Golam Ali Rashid boasted that while the US has said Iran is failing 40 years after the Islamic Revolution, in fact “today we are witnessing the strongest maneuvers of the IRGC’s Aerospace Forces.” Enemies would be “humiliated and feel shame,” according to the statement.

Salami said he appreciated the power of the IRGC’s air arm and that it shows that despite US sanctions, Iran is achieving success. Tehran says that it has created an indigenous and advanced copy of the Sentinel. Iran has showcased two versions of these copies since 2016, but video from the “Jerusalem” operation on Thursday showed them being lashed to trucks for the exercise. It wasn’t clear why a drone needs to be launched from a pick-up truck, if it is an “advanced” drone. Claiming that the IRGC is at the forefront of modern UAVs seemed to be in contrast to the photos from the operation, photos that the IRGC itself had released. However, Hajizadeh also pointed to drones that look like the US Predator MQ-1 as evidence that Iran has achieved results. The Shahed 129, first flown in 2012, is Iran’s copy of the Predator.

The point of the drill is to showcase Iran’s military prowess. It comes in the wake of a large naval drill in February and frequent new tests of ballistic missiles. Last year, Iran fired ballistic missiles at Kurdish opposition groups in Iraq and also at ISIS in Syria. It is flexing its muscles in the Persian Gulf and has allegedly supplied Houthi rebels in Yemen with advanced missile and drone technology.

Hajizadeh said that: “One of the features of this exercise is the power to design and plan co-flying UAVs in a very small geographic area that has brought about the rise of a new air power in Islamic Iran.” According to the reports, the drones operated in several provinces in Iran.