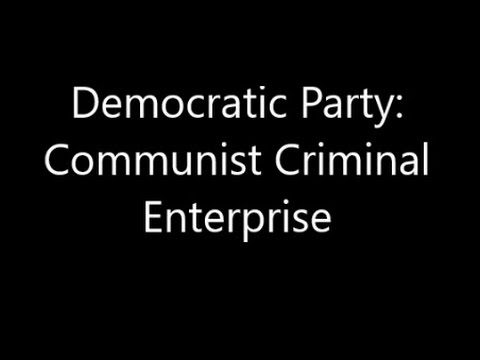 Tulsi, we love your anti-war posture but don’t even waste your time running as a Democrat.

SOTN Editor’s Note: This op-ed is based on the unshakable premise that the Democrats can never again be allowed to hold executive power in these United States of America.
The Democrat Party has proven itself to be a party of traitors and turncoats.  Their conduct, since the very day Donald Trump declared his candidacy for POTUS in June of 2015, confirms their complete lack of fitness to govern.  After all, the covert and unrelenting perpetration of flagrant acts of sedition are not compatible with good governance.

Any political party that supports the likes of the Clintons, Obama, Sanders, Biden, Pelosi, Schumer, Feinstein, Schiff, Harris, Waters, Warren, Booker et al. is completely LOST and without an iota of integrity.  This list of extremely bad actors looks more like an inmate roster of a penitentiary for the criminally insane.  Where the craziest of the crazies run the Democrat asylum.

The Democrats not only attempted to deny Trump his victory in 2016, they have ALL participated in an ongoing soft coup since the very day he was elected.  The evidence of hardcore criminality and rampant corruption throughout the entire Democrat leadership and party is now so great and irrefutable that everyone wonders why they’re not all in prison for life.

Is this the banner you intend to run under, Tulsi?

Clearly, this is NOT your type political party…so why waste your precious time with them.  The Republican side, as well as the Independents, will never again permit the DEMs to occupy the Oval Office again.  The political center has swung radically to the right in the wake of CROWNgate, RUSSIAgate, FISAgate, DOSSIERgate, EMAILgate, SERVERgate, WEINERgate, BENGHAZIgate, LIBYAgate, SYRIAgate, etc., etc., etc.,

In light of these obvious political realities, perhaps you should consider resigning from the party today.  But your only hope is to fully express your dismay with such a corrupt and scandalous enterprise as the Democrat Party in your Internet-posted resignation letter.  Anything short of a full-throated mea culpa will be considered political expediency for your ambitious political aspirations.

N.B. What follow is a previously published commentary on a Gabbard 2020 candidacy. Submitted by The Armchair Political Analyst

Tulsi Gabbard’s only hope to mount a serious presidential campaign would be to quit the Democrat Party while proclaiming her deep regret for belonging the such a corrupt and dangerous crime syndicate.  Then, she would have to express extreme remorse for ever supporting the closet communist Sanders and pedovore Clinton.

While Ms. Gabbard’s anti-war posture is admirable, she has a LOT of work to do to construct a credible platform that reflects real American values, not the fake Cultural Marxism zealously and stealthily advanced by the Democrat Party.

If you run, Tulsi, prepare to get justifiably slammed for the rest of your liberal agenda that you embraced begrudgingly, but embraced nevertheless.  It really does appear that you are a conservative at heart trying to fit on the ultra-progressive reservation.  It can’t be done; therefore, be wise and quit now, and then go INDEPENDENT.

Above all, ask yourself: Why would any Patriot or Nationalist, Christian or Conservative, Tea Partier or Libertarian, Republican or Independent ever vote for you as long as you remain in the Democrat insane asylum?!?!  And you would need a LOT of US to win, yes?

Really, what’s the point of staying Democrat, especially given the extremely perilous state of affairs throughout these United States of America?  Either get serious, or don’t waste our time.  Your quite excellent anti-war position is way too important to the country to become marginalized by launching a misguided run for POTUS (particularly as a Democrat).  The Neocon warmongers will simply tear you to shreds as they have been wanting to do ever since you voiced extreme opposition to the hideous Syrian War.

We do like you, Tulsi Gabbard, which is why this op-ed is full of tough love.  You really ought to think about running as a VP candidate with a true conservative like Chuck Baldwin.  That’s your ONLY hope to fulfill your higher political aspirations.

The real bottom line here is that the Democrats can never again be allowed to take over the Executive Branch of the U.S. Federal Government.  They have proven themselves to be — in the aggregate — so untrustworthy and treacherous, deceitful and dangerous, that the American Republic would be at great risk were a Democrat to become POTUS.  Yes, we are saying that the Right will never again permit another president from what is essentially the Clinton-Obama Crime Syndicate.  The nation would simply not survive such an unmitigated political, economic and social cataclysm.

That’s not to say the Republicans are the good guys, by the way.  It’s just that 2020 is likely to see a U.S. presidential phenomenon that even outdoes Trump.  Wow… now just who might that be?!