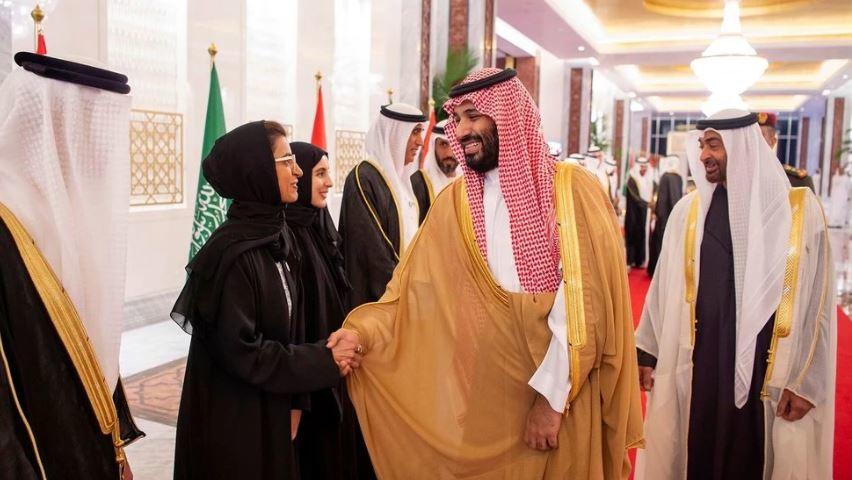 Turkish authorities are still hunting for the remains of Saudi journalist Jamal Khashoggi and the threat of what’s said to be a harrowing audio recording depicting his agonizing final moments as he was assassinated by a 15-man Saudi hit squad may  materialize at any moment, but largely thanks to President Trump’s willingness to countenance Khashoggi’s murder to help preserve the US-Saudi relationship (and ensure that oil prices continue to move lower), the kingdom’s young de facto leader, Saudi Crown Prince Mohammad bin Salman, is facing minimal international repercussions over suspicions that he personally ordered the killing (a claim he has repeatedly denied).

But the US’s unwillingness to confront MbS isn’t shared by Argentina. Argentine prosecutors are reportedly pursuing criminal charges against the prince that could lead to his arrest in Buenos Aires later this week in what has become the most serious backlash to the Khashoggi diplomatic crisis since everybody who doesn’t sell arms to the Saudis said they would stop selling arms to the Saudis.

According to the New York Times, Argentina is investigating MbS for involvement in ‘war crimes’ in what the paper described as “the most significant test yet of Prince Mohammed’s ability to move past the international uproar that has surrounded him since the killing of the Saudi dissident…Khashoggi.” MbS, along with other leaders of G-20 states, is expected to travel to Buenos Aires later this week for the annual G-20 summit.

But the investigation isn’t strictly focused on whether MbS was involved in organizing the hit on Khashoggi. Instead, prosecutors are examining his involvement in the myriad ‘war crimes’ committed by Saudi during its brutal proxy war in Yemen.

Although it is the killing and subsequent dismemberment of Mr. Khashoggi by Saudi agents in a consulate in Istanbul that has most damaged Prince Mohammed’s international image, the Argentine inquiry appears to center on potential crimes committed during the Saudi-led military intervention in Yemen.

Prince Mohammed, who is the kingdom’s defense minister as well as its de facto day-to-day ruler, has led a three-and-a-half-year bombing campaign and naval blockade of Yemen by a coalition of Arab allies seeking to dislodge from power a Yemeni faction allied with Iran.

“Some of these attacks – if ordered or carried out by individuals with criminal intent – may amount to war crimes,” Mr. Roth wrote.

By restricting critical food imports, the Saudi-led coalition “may also have violated the prohibition against using starvation as a method of warfare, which is a war crime,” the petition argued.

While MbS would almost certainly be shielded by diplomatic immunity, the scandal surrounding any charges could still ruin his trip. What’s worse, a scandal in Argentina could spoil the prince’s “victory lap” tour of friendly nations just as it was supposed to reach its conclusion. The Argentine investigation was provoked by nonprofit groups like Human Rights Watch, which petitioned for an investigation knowing that the country’s court system is uniquely equipped for prosecuting heads of state.

As Saudi’s defense minister and its de facto leader, MbS has overseen airstrikes by the Saudi-led coalition in Yemen, including one in August 2018 that elicited an international outcry when it killed 26 Yemeni children and wounded 19 others when a bomb was dropped on a school bus. Another airstrike in October 2016 killed or wounded thousands of civilians at a crowded funeral. The examples of brutality are legion.

Carlos Rívolo, the head of the prosecutor’s association, said a complaint against the crown prince was referred to a prosecutor on Monday, and that prosecutor will now decide whether to open a formal investigation.

Such cases are assigned by draw in Argentina, and the prosecutor assigned to evaluate the potential charges, Ramiro González, could not be reached for comment.

Mr. González has a record of handling international human rights cases, including leading an eight-year-old Argentine prosecution of crimes committed during the 36-year dictatorship of General Francisco Franco in Spain. (Spain used the same principle of universal jurisdiction to bring charges against an Argentine military official, who was sentenced in 2005.)

Many pundits have wondered why the Khashoggi killing has sparked such intense international outrage when the Kingdom is supporting the butchering of tens of thousands of Yemenis via brutal airstrikes that have heaped collateral damage upon the country. But then again, Saudi Arabia is using US-made weapons to carry out these strikes. Which is why even if Argentina is willing to prosecute MbS, the threat of President Trump following in the Latin American country’s footsteps is nil.