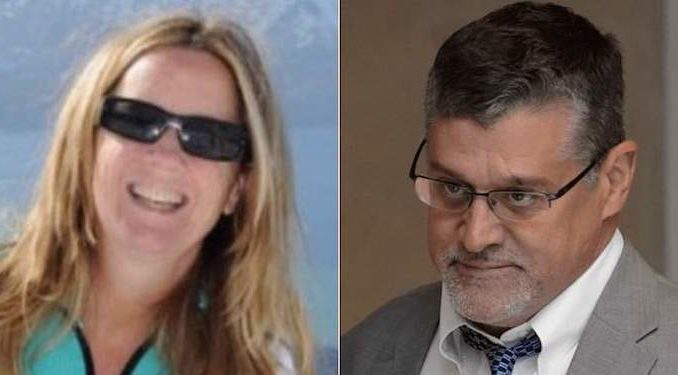 Christine Blasey-Ford, who has accused Brett Kavanaugh of sexually assaulting her as a teenager, has a brother who once worked for a law firm that nine years later retained Fusion GPS, the commercial research and strategic intelligence firm based in Washington, D.C.

Update: Fusion GPS have said former employee Ralph Blasey has nothing to do with the Steele dossier, according to Politifact.

In January, Yahoo Finance explained the role Baker Hostetler played in the Deep State’s attempts to bring down the duly elected President of the United States:

How did Baker Hostetler become a supporting character in the geopolitical drama over Russian meddling in the U.S. election, with possible implications for the fate of the Trump administration? The simple version? It was partly a matter of luck. The firm was tapped beginning in at least 2013 to defend a Cypriot company, Prevezon Holdings Ltd., against U.S. money laundering accusations. Natalia Veselnitskaya, the Russian lawyer who met Donald Trump Jr. in June 2016—reportedly with the intent to provide information damaging to Hillary Clinton’s presidential campaign—was also working for Prevezon.

And Fusion GPS, the company that produced the infamous Steele dossier on President Donald Trump and Russia, was also retained by Baker Hostetler amid the Prevezon litigation.

Just when you thought we had plumbed the depths of the D.C. swamp, we find that the swamp goes deeper, much deeper, yet. The sheer audacity of the dirty tricks Democrats are prepared to employ right now, months before the midterms, is mind-boggling.

The fact Christine Blasey-Ford’s brother worked for Baker Hostetler for 15 years could be a mere coincidence. But when the number of “coincidences” in the case of Kavanaugh’s accuser are added up, a picture of enemy action begins to become clear.

“Once is happenstance. Twice is coincidence. Three times is enemy action.” — Ian Fleming.

Let’s pause and recap. The accuser’s parents were foreclosed by Brett Kavanaugh’s mother. The accuser’s husband has worked a law firm that nine years after he left the company went on to retain Fusion GPS. The accusation was known by Diane Feinstein for months but withheld until after the hearings were over.

Are these facts all coincidences? According to Fusion GPS, they are.

I agree with Kellyanne Conway. The Brett Kavanaugh accuser shouldn't be ignored. Rather, she should be ostracized, shamed and condemned as a DNC Operative!

Of course, mainstream media claims there is nothing remotely suspicious about any of the above facts.

God forbid you actually take in all of the relevant information, weigh up the case, and decide for yourself.

After all, it is the role of mainstream media to tell you what to think. At least according to MSNBC’s Mika Brzezinski and CNN’s Chris Cuomo.