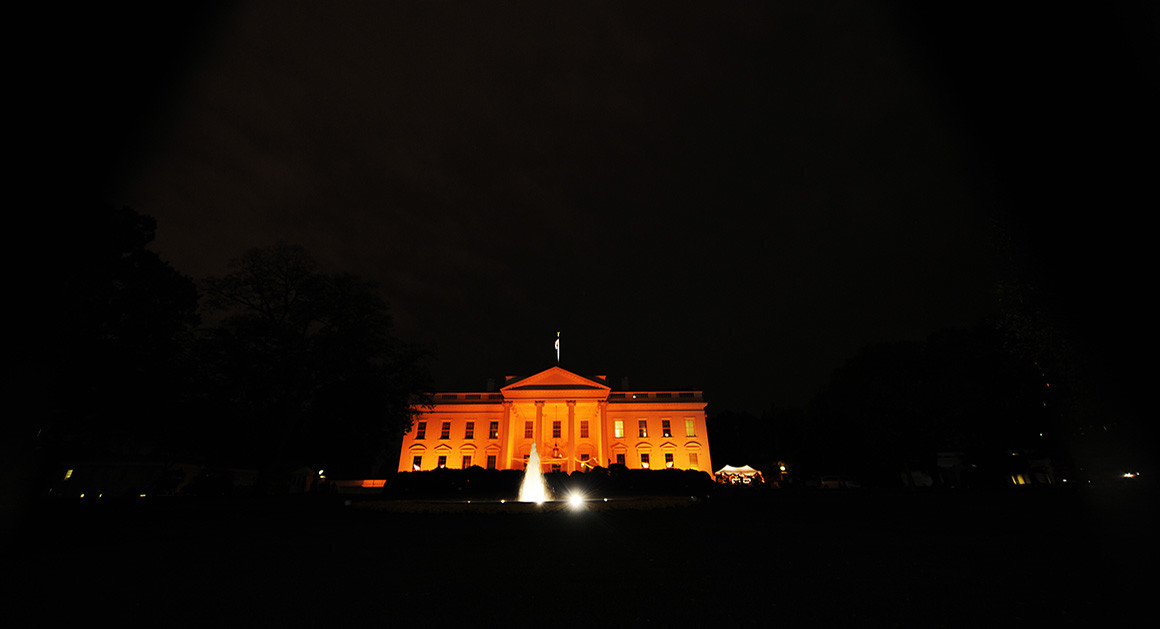 A new study ranks each state, plus D.C., by their psychopathic tendencies. The race for first? It isn’t even close.

As Washington’s shock over winning the Stanley Cup demonstrates, the nation’s capital isn’t used to being first in anything. As a city, it’s not the oldest, nor the biggest, nor the richest, and its sports teams are notoriously snakebitten. But finally, the capital has a claim to No. 1—and unfortunately, it’s not just in hockey.

Ryan Murphy, an economist at Southern Methodist University, recently published a working paper in which he ranked each of the states by the predominance of—there’s no nice way to put it—psychopaths. The winner? Washington in a walk. In fact, the capital scored higher on Murphy’s scale than the next two runners-up combined.

“I had previously written on politicians and psychopathy, but I had no expectation D.C. would stand out as much as it does,” Murphy wrote in an email.

When Murphy matched up the “constellation of disinhibition, boldness and meanness” that marks psychopathy with a previously existing map of the states’ predominant personality traits, he found that dense, coastal areas scored highest by far—with Washington dominant among them. “The District of Columbia is measured to be far more psychopathic than any individual state in the country,” Murphy writes in the paper. The runner-up, Connecticut, registered only 1.89 on Murphy’s scale, compared with the overwhelming 3.48 clocked by the District.

What’s going on? There’s one big structural reason: There tend to be more psychopathic personalities in denser areas, and the District of Columbia is denser than even the densest state, so it makes sense that it would top the list. But even when you correct the rankings for density, Murphy says, Washington still ranks first.

This, Murphy hypothesizes, is because psychopaths are attracted to the kinds of jobs Washington offers—jobs that reward raw ambition, a relentless single-mindedness and, let’s admit it, the willingness to step over a few bodies along the way.

“Psychopaths have an awfully grandiose way of thinking about themselves, and D.C. has numerous means of seeking and attaining power,” he wrote in an email. The television critics who dismissed Netflix’s “House of Cards” as cartoonish and unrealistic—surely nobody could be thatvillainous—may have a few apologies to make. “The presence of psychopaths in the District of Columbia is consistent with the conjecture … that psychopaths are likely to be effective in the political sphere,” Murphy writes in the paper.

To psychologists, a “psychopath” isn’t necessarily a Norman Bates or Patrick Bateman lurking with an ax in the shadows; it’s a person with a particular collection of antisocial traits, including a powerful sense of spite and an inability to consider the welfare of others. Murphy realized it might be possible to plot them on a map of America when he came across a forthcoming paper from psychologists at the University of Georgia and Purdue University that projects those antisocial traits onto the “Big Five” personality traits—openness to experience, conscientiousness, extraversion, agreeableness, and neuroticism—which had already been mapped geographically. By combining those studies, he could get a rough idea of which areas have the most psychopathic personalities.

Psychologists study psychopathy because, when it combines with other undesirable personality traits in what they call the “dark triad,” it can lead to dangerous and even criminal behavior. For Washingtonians who might now worry about walking out the front door every day, there’s no more reason to fret than anywhere else in the country. Although D.C., like most major urban centers, struggles with a high crime rate, it’s nowhere near the outlier in that department that it is in psychopathy. In their less dangerous form, the traits might combine in that person rudely elbowing past you on the Metro in the morning, or cutting the taxi line with a smirk, determined to get her way at your expense if necessary.

Not all Murphy’s colleagues buy his analysis. As a working paper, it hasn’t yet been through peer review. Josh Miller, a University of Georgia psychologist whose work Murphy used to map psychopathic traits onto the already-existing map of those across the country, points out that Murphy’s measurement of “psychopathic” traits includes some positive ones, like low neuroticism and high extraversion. A city high in civic-minded Type A personalities might very well rate high on this scale without producing many harmful psychopaths. And people tend to rate as more “disagreeable” when they’re younger—so highly millennial cities, like Washington, can get skewed results.

Still, Murphy notes that other work supports his broad conclusions. Washington is awfully rich in the kinds of jobs rated “disproportionately psychopathic” by the psychologist Kevin Dutton, author of The Wisdom of Psychopaths: What Saints, Spies, and Serial Killers Can Teach Us About Success. These include lawyers, journalists and civil servants, as well as CEOs and chefs. (What are the low-psychopathy jobs? Nurse, therapist, craftsperson, beautician/stylist, charity worker, teacher, artist, doctor and accountant.)

Among psychologists, it’s become accepted wisdom that psychopaths can be eerily effective in their given professions. Paul Babiak, a New York psychologist who specializes in business and management, developed, alongside the Canadian psychopathy pioneer Bob Hare, the B-Scan 360, a business tool intended to identify the psychopath in your workplace. According to some psychologists, there’s a good chance it’s the person in the corner office. “Their natural tendency is to be charming,” Babiak told a BBC documentary crew in 2011. “Take that charm and couch it in the right business language, and it sounds like charismatic leadership.”

The top five habitats for such people, by Murphy’s measure, are D.C., Connecticut, California, New Jersey and—tied for fifth—New York and Wyoming. The five least psychopathic states are West Virginia, Vermont, Tennessee, North Carolina and New Mexico. (“This is a rare ranking of states where West Virginia is rated as ‘best,’” Murphy points out, “in the sense that psychopathy is generally viewed as a social bad.”)

If that sounds like a pattern, it is: The psychopath/nonpsychopath binary matches up, with a few exceptions, with the urban/rural divide, although there’s still disagreement among experts as to why. A psychopath map of the U.S. would also look quite a bit like the red-blue political map, with the red areas notably lower in psychopathy. (Though not universally: Vermont, a deep-blue state, is extremely low on the list, while red Wyoming is up in the top five.)

Murphy warns against drawing any partisan conclusions, given the diversity in both the data and the country’s political makeup. “The literature supports the idea that psychopaths are attracted to cities, but I don’t think there is strong theoretical support [that] ‘Democratic voters are psychopaths.’”

Politicians as a class, however, may be another story. In a previous paper, impishly titled “Kissing Babies to Prove You Are Not a Psychopath”—which explored the motivations behind our collective need to witness our leaders displaying empathy—Murphy foreshadowed his findings here, writing that in a system designed to reward the power-hungry, voters are given the unenviable but important responsibility of weeding out the phonies.

Murphy’s findings might ring true to anyone in D.C. who’s found themselves on the wrong end of a ruthless bureaucratic knife-fighter, or just anyone who’s been cut off one too many times by a BMW in downtown Bethesda. On a national level, it raises the troubling question as to what it means to live in a country whose institutions are set up to reward some very dubious human traits. Like it or not, we’re more likely than not to wind up with some alarming personalities in positions of power.

That may or may not always be a bad thing, according to some psychologists. “I always joke that I wish I were more fearlessly dominant,” said Miller, referring to one trait that psychopaths have in spades. “These people are resilient to depression and anxiety, well-liked, and there’s little to link [that trait] to anti-social behavior.”

But that doesn’t relieve of us the responsibility to consider the darker side and somehow allow for it. “The way we design our political institutions,” Murphy wrote in an email, “should reflect the fact that psychopaths are more likely to be effective politicians.”