The Ukraine Is Undergoing A Political Meltdown, Saakashvili Has No Citizenship Anywhere

Mikheil Saakashvili flashes a victory sign after he was freed by his supporters in Kiev, Ukraine December 5, 2017. © Gleb Garanich / Reuters

The Ukraine Is Undergoing A Political Meltdown, Saakashvili Has No Citizenship Anywhere

The ex-president of Georgia turned Ukrainian opposition leader has called on his supporters to topple the current Ukrainian leader and his “gang.” Earlier, protesters freed Saakashvili, who currently has no valid citizenship, from the police van taking him in for questioning.

Saakashvili’s supporters broke the rear door of the van he was being transported in. The protesters took Saakashvili to a nearby church, where he addressed the crowd. The opposition leader called on the protesters to take to the infamous Maidan Square and topple incumbent Ukrainian leader Petro Poroshenko and his “gang.”

“I will lay down my life for Ukraine’s freedom. I want to call on all the Kievans to take to the streets today, to gather in Maidan and start the process of deliverance of Petro Poroshenko and his gang from Ukraine,” Saakashvili said addressing the crowd.

As the politician finished his anti-government speech, the protesters started marching through the streets of the Ukrainian capital. 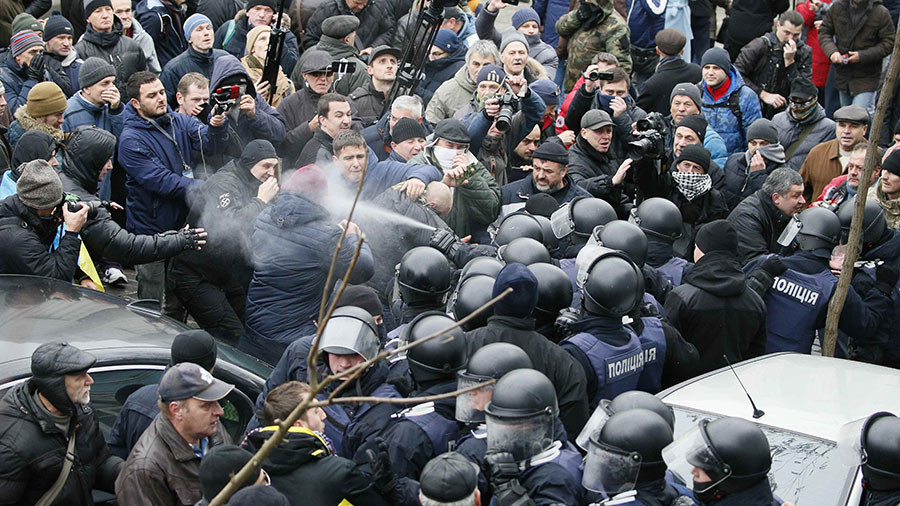 After the march, crowds gathered in front of the Ukrainian parliament building, where Saakashvili spoke in front of his supporters. The leader of Ukrainian opposition party ‘Movement of New Forces’ reiterated the call to impeach the Ukrainian president and take to the streets “to continue peaceful protest.” He also said that the evening rally should gather more people than before, claiming that there were 50,000 at the previous demonstration. In recent months, the opposition leader has been organizing protests in the country, targeting mainly his former friend and ally Petro Poroshenko.

The standoff between the protesters and Ukrainian security forces lasted for several hours, leaving several people injured, before Saakashvili’s forced release. On Tuesday morning, the former Georgian president went on the roof of his apartment building in Kiev and threatened to jump off, while security forces searched his apartment. After the opposition activist was detained, supporters started blocking the nearby streets with tires, stones, bins, and cars to prevent police from taking Saakashvili to a detention facility.

The police van became stuck in the crowd, and protests smashed the front window. Ukrainian security forces used tear gas and deployed more officers to the site in attempt to clear the way. The protesters tried to break the police cordon and used what appears to be pepper spray against the officers. 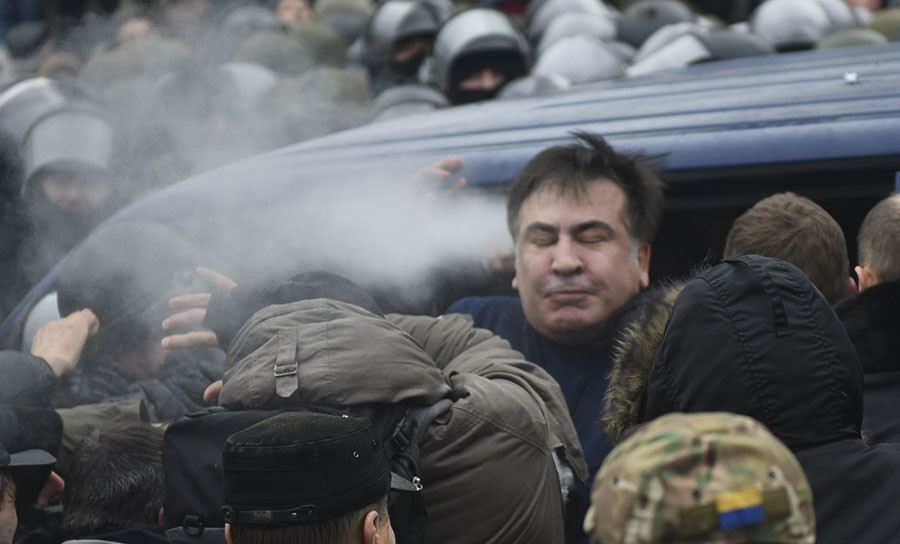 Ukraine’s Prosecutor General, Yury Lutsenko, announced that Saakashvili has 24 hours to appear before an investigator and then in court. Otherwise, “Ukraine’s entire law enforcement system” will do anything to detain the stateless politician, Lutsenko said, speaking at the parliament on Tuesday.

Lutsenko stated that Kiev would “try to avoid” any violence, and that Saakashvili’s submission “would spare the country of needless convulsions.” He also accused Saakashvili of involvement in “financial fraud including with oligarchs from Moscow,” and claimed that the politician’s supporters now protesting in Kiev “perform Moscow’s script.” 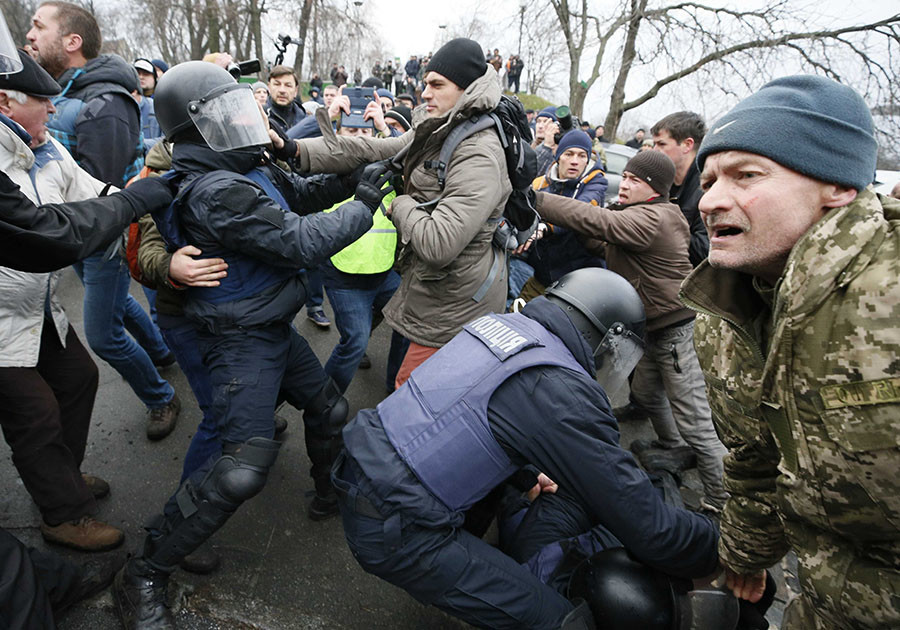 Ukrainian security forces want to question the out-of-favor politician on suspicion of assisting criminals and concealing their criminal activities. 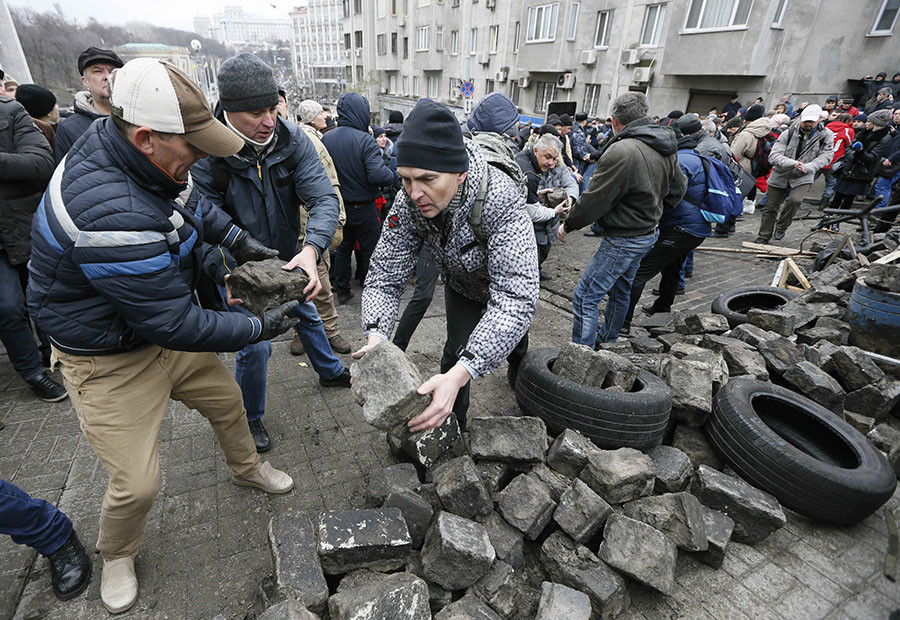 Saakashvili was the president of Georgia from 2004 to 2013, before leaving his native country while facing a number of criminal charges, including abuse of power. In 2015, he gave up Georgian citizenship and accepted an offer to become a governor in Ukraine; however, his new Ukrainian citizenship has also been removed, with authorities citing false information in his application. Earlier this year, Saakashvili illegally crossed into Ukraine.

The politician was once a close ally of current Ukrainian President Petro Poroshenko, who granted him citizenship and appointed him as governor of Odessa Region. The friendship did not last long, however, with Saakashvili resigning in November 2016 to create his own political party called ‘Movement of New Forces.’ The governor turned opposition leader accuses the Ukrainian authorities, and Poroshenko in particular, of corruption and “robbing” the country. 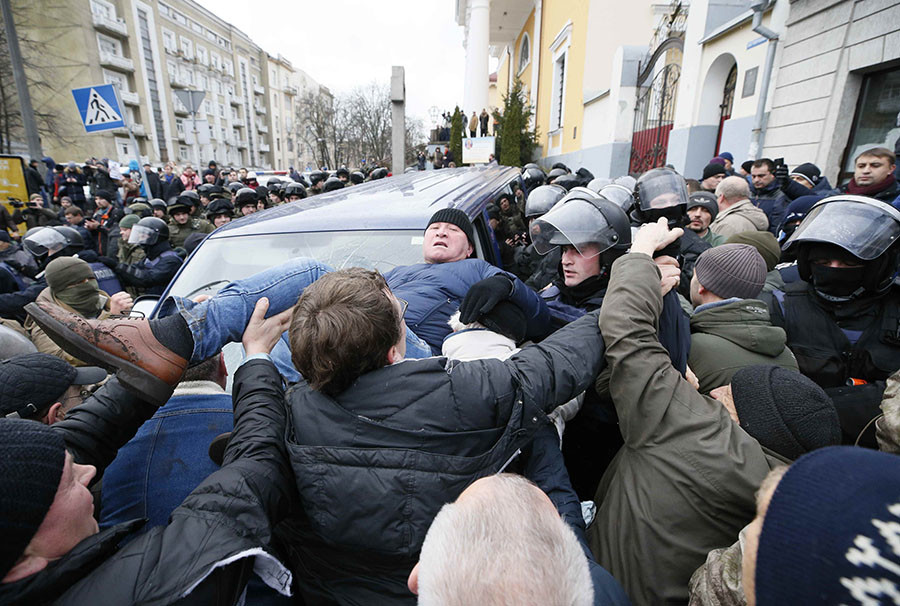 Poroshenko personally stripped him of his new citizenship. Since then, the former president of Georgia has organized anti-government rallies in Ukraine, calling for the impeachment of the Ukrainian leader. His native Georgia is also demanding his extradition on charges of corruption. Kiev has refused to comply with the request, according to the Ukrainian Prosecutor General. 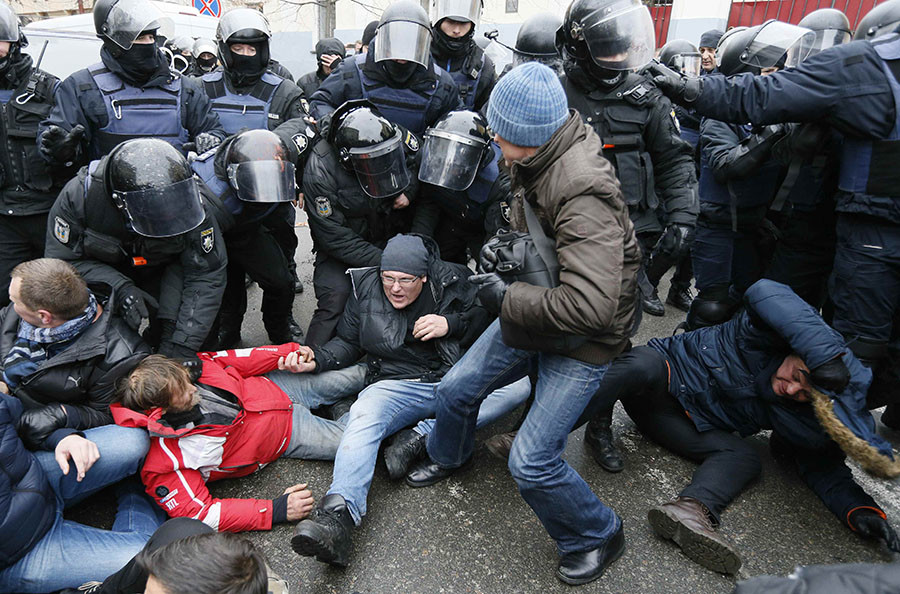