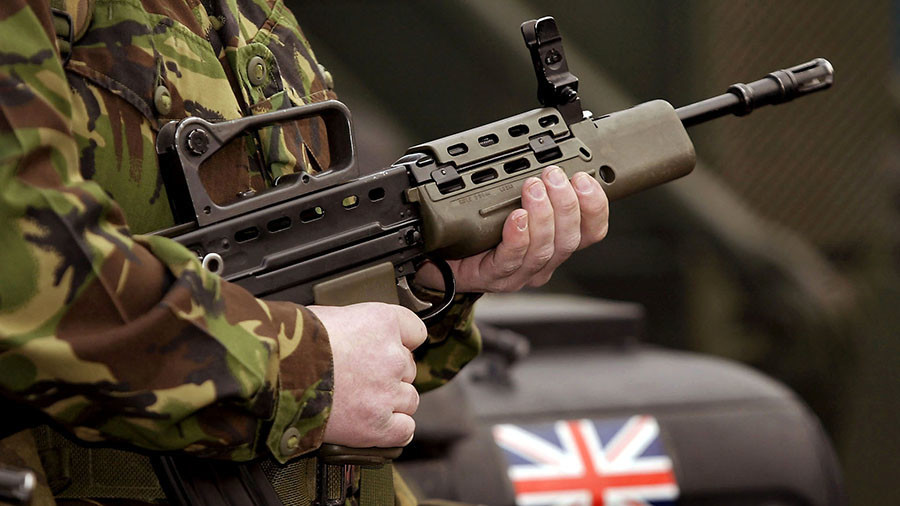 There is a “reasonable basis” to believe that British soldiers committed war crimes against detainees during the Iraq conflict between 2004 and 2008, the International Criminal Court’s (ICC) chief prosecutor, Fatou Bensouda, has revealed.

The Hague-based ICC presented a 74-page report on preliminary inquiries to the annual assembly of states parties, which participate in the jurisdiction of the court, on Monday, in New York.

Bensouda said that following a thorough factual and legal assessment of the available information, the prosecutor’s office believes “that there is reasonable basis to believe” that members of the UK armed forces “committed war crimes” against persons in their custody and thus related “to the context of arrests and detentions.”British troops have not been involved in war crimes on the battlefield, the report noted, however.

During the ICC’s previous preliminary investigation into similar allegations back in 2006, the Court said there was a “reasonable basis to believe that crimes within the jurisdiction of the Court had been committed, namely willful killing and inhuman treatment.” The court decided to take no action because of the “limited number” of serious crimes allegations.

In 2014, the ICC prosecutor reopened an investigation into war crimes allegations after Public Interest Lawyers (PIL) and the European Center for Constitutional and Human Rights (ECCHR) alleged that the “UK personnel committed systematically and on a large scale war crimes of torture and related ill-treatment” against at least 1,071 Iraqi detainees pursuant to the UK government’s “deliberate policy of abuse” of Iraqi detainees in the period from March 2003 through to December 2008 on the territory of Iraq.

The rights groups also claimed that the British personnel committed at least 52 cases of unlawful killings against persons in their custody in Iraq during the same period.

Although one of the groups was found guilty on misconduct charges earlier this year, Bensouda said that some statements received from PIL could be considered “credible enough if substantiated with supporting material.”

Her office is now considering “complementarity and gravity” before evaluating further steps regarding the investigation. In 2014, responding to the announcement that the ICC prosecutor would re-open the preliminary examination of the situation in Iraq, then Attorney-General Dominic Grieve said that the UK government “completely rejects” the allegations of systematic abuse.

The ICC is not the only body investigating British forces’ mistreatment of detainees in Iraq and a UK government spokesperson told the Guardian on Monday that “existing efforts to investigate allegations preclude the need for any investigation by the ICC.”

The Iraq Historic Allegations Team (IHAT), created by the UK Ministry of Defence in 2010, said in January of last year that allegations of unlawful killings and torture committed by British troops in Iraq had multiplied tenfold over the past five years.

Almost 60 cases of alleged unlawful killing by UK soldiers serving in Iraq were dropped, however, according to the Ministry of Defense.

Allegations come amid widespread calls for former Prime Minister Tony Blair to face prosecution for his role in the UK’s intervention in the 2003 Iraq invasion (which, according to the famous Chilcot inquiry’s findings, was unnecessary and illegal in the first place.)

The Chilcot Report earlier concluded that the UK’s involvement in Iraq was based on the false pretext that former Iraqi President Saddam Hussein possessed weapons of mass destruction (WMD). The order declaring Blair’s immunity against any charges should therefore be overturned, the most senior judge in England and Wales, Lord Chief Justice Lord Thomas of Cwmgiedd, said.