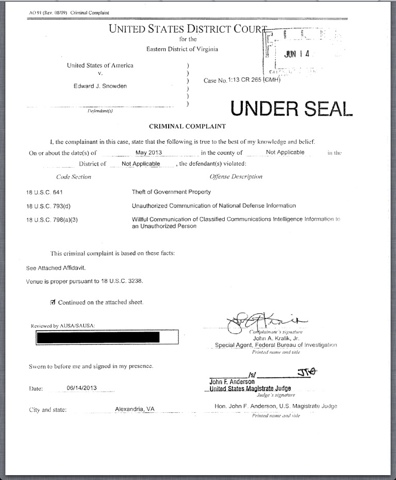 From October 30 through November 22, 2017, there were 4,289 sealed indictments filed in the past 3 weeks in all 94 federal District Court Districts in the United States. This is utterly unprecedented in US history.

Skuttlebutt from my former colleagues in the Intel Community is that the feds are going to “swoop” all of them in one massive action, to “drain the swamp.”

This is a developing story . . . check back for further details Tuesday Morning.

There are many reason a case may initially be “sealed.” From it being a Minor charged with a first-time possession of minor drugs, to a Civil Case where trade secrets are involved, there are legitimate reasons for a case to show up on federal dockets as “Sealed.”

Historically, however, the overwhelming majority deal with Indictments that a Defendant DOES NOT KNOW ABOUT, and they keep it secret until he/she is arrested.

Here is a federal ANALYSIS of how and why cases may be “SEALED” — a primer on the additional details to come from all 94 federal district courts. . .

At the link below is the PROOF, taken directly from United States District Court computers via the Public Access to Court Electronic Records (PACER.gov) system, which is the automated filing system for ALL United States federal courts.

These official court records show that between October 30 and November 22, 2017, a grand total of 4,289 SEALED Indictments/Cases now have docket Numbers from various federal courts. This has NEVER happened before.

Yes, there have been occasional SEALED cases- maybe three or four per District. It was previously considered “unusual” to have five or six such sealed cases.

Now, in some Districts, there are several HUNDRED such sealed cases, all filed between October 30 and November 22, 2017 —– about three weeks!

While I do not know the nature or the names of Defendants of ANY of these SEALED Cases, SPECULATION (i.e. skuttlebutt / gossip / perhaps some inside info) in the Intelligence Community from my former colleagues on the FBI Joint Terrorism Task Force and elsewhere, is that much of this has to do with SEX CRIMES uncovered by the Search Warrant for former US Congressman Anthony Weiner’s laptop computer!

The files I am releasing today are the downloaded files from federal courts showing the public court Dockets in all 94 federal districts. The link below will get you to a Google-Drive that I have set up to be accessed by the Public.

These files were taken directly from the federal court system computers via a lawful manner. None of this involved any shenanigans or dubious actions by anyone, so all of it is perfectly lawful for you to download and look at.

I spoke to a former Assistant United States Attorney in New York City regarding this story while I was developing it. According to him, in the past, if the government had an Indictment against a “big fish” they didn’t wait very long at all to grab him and make a big public spectacle. His exact words were “They are not respecters of people.”

While that may have been the method IN THE PAST, there’s a new Sheriff in town: Donald J. Trump. And if the skuttlebutt is correct, it may have been decided to keep this under wraps longer — until they get Indictments against ALL the big fish — so that once they move to grab some of these folks, the others won’t find out about it fast enough to flee.

My gut tells me, many of these Indictments will be unsealed BEFORE CHRISTMAS and a lot of very high profile people are in for a very nasty holiday season.

Here is the link to the files