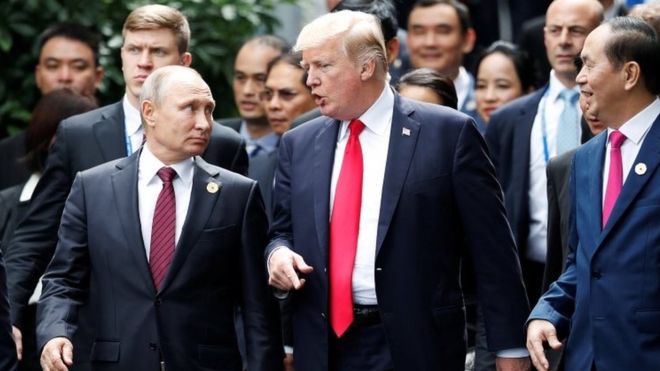 As usual, while the British outright meddle in U.S. affairs they accuse Putin of a “meddling remark” for merely defending Russia from false allegations

TMR Editor’s Note:
There is no one that meddles in the affairs of other nations like the British Intelligence Community.  They have done so since the very beginning of the British Empire.   That’s just what empires do.

Not only did the Brits meddle majorly in the 2016 U.S. presidential election, they planted many of the deceitful seeds necessary to falsely accuse Russia of hacking.  It was the UK who colluded with America’s enemies in order to shoehorn Candidate Clinton into the White House.  The vast array of co-conspirators knew there was no other way to get Hillary elected except through massive fraud and cheating, as well as hacking the election process itself.  As follows:

It wasn’t Russia that tried to fix the 2016 U.S. presidential election; it was the British.

N.B. The utterly ludicrous BBC report below reeks of the revenge of a control freak who lost to the better state actor.  That the British press is constantly stooping to tabloid status in all that they publish about President Trump is not only quite entertaining, it is reveals their level of sheer desperation.

President Donald Trump appears to have rowed back on comments suggesting he believed the Russian president’s denials of meddling in the US election.

He was widely criticised after saying Vladimir Putin had been insulted by the allegations of Russian interference.

On Sunday, Mr Trump clarified that he supported US intelligence agencies, who have long concluded that Russia tried to sway the 2016 poll in his favour.

The two leaders briefly discussed the allegations at an Asia-Pacific summit.

Questions surrounding Russia’s role in last year’s US elections and allegations of collusion involving Donald Trump’s campaign team have dogged his presidency. Legal action has already been taken against several of his former aides as part of a justice department inquiry.

Until now, President Trump has refused to acknowledge intelligence agency findings that Russia was behind the hacking of the Democratic National Committee (DNC) in the run-up to the poll.

How has Mr Trump backtracked?

After brief conversations with President Putin on the sidelines of the Asia-Pacific Economic Co-operation (Apec), Mr Trump briefed reporters on Saturday on what had been said about Russian interference in the presidential campaign.

“Every time he sees me he says I didn’t do that, and I really believe that when he tells me that, he means it.

“I think he is very insulted by it, which is not a good thing for our country.” 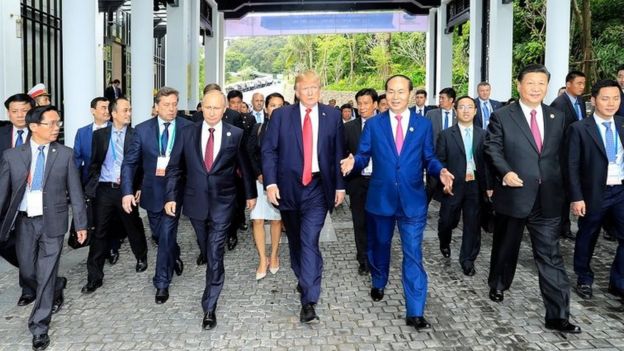 Asked to clarify his comments on Mr Putin’s denials during a press conference with the Vietnamese president on Sunday, Mr Trump said: “As to whether I believe it or not, I’m with our agencies, especially as currently constituted.”

Drawing a clear line between the current and previous leadership of the FBI, CIA and national intelligence he said “As currently led, by fine people, I believe very much in our intelligence agencies.”

“What he believes, he believes,” he added, of Mr Putin’s belief that Russia did not meddle in the presidential campaign.

He later took to Twitter to attack “haters and fools”, who, he said, did not encourage good relations between Russia and the US.

When will all the haters and fools out there realize that having a good relationship with Russia is a good thing, not a bad thing. There always playing politics – bad for our country. I want to solve North Korea, Syria, Ukraine, terrorism, and Russia can greatly help!

What was the reaction?

Mr Trump’s original comments came under vehement criticism at home with lawmakers and intelligence figures questioning whether he had accepted the Russian president’s denials of interference, despite intelligence findings to the contrary.

Trump out on a limb again

Donald Trump once again goes against the findings of his own intelligence agencies.

Because although the US justice department is investigating the scale and nature of Russian interference in the election of 2016 (and any links to the Trump campaign), the American intelligence community has already long determined that Russia did, indeed, interfere.

Yet Mr Trump suggested this story was not only entirely fabricated by his political opponents, it might even be costing lives in Syria, because it is getting in the way of his relationship with the Russian president and hampering their ability to help solve the conflict together.

“People will die because of it, and it’s a pure hit job, and it’s artificially induced and that’s a shame,” he said.

It is hard to know what the president hopes to achieve with this type of rhetoric. The investigation goes on.

What are the allegations against Russia?

The CIA and other intelligence agencies have already concluded that Russia was behind the DNC hack in the run-up to last year’s presidential election.

The contents of the emails, passed to Wikileaks and posted online, were embarrassing to the Democrats and shook up the presidential campaign, which ended in defeat for Hillary Clinton.

In addition to the justice department inquiry, led by special investigator Robert Mueller, congressional committees have been set up to carry out their own investigations. 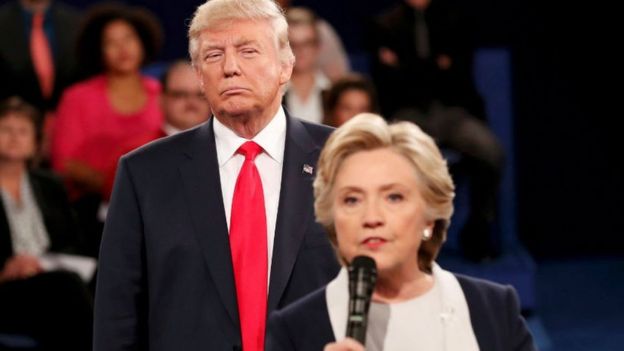 Relations between the US and Russia have been strained for years, with the Kremlin long accusing Washington of seeking to sway elections in Russia and other ex-Soviet states including Ukraine and Georgia.

While Russian hackers are widely suspected of involvement, there has been no conclusive link to the Kremlin.

Denying that Russia had tried to interfere last year by fostering contacts with Mr Trump’s campaign, Mr Putin told reporters in Vietnam: “Everything about the so-called Russian dossier in the US is a manifestation of a continuing domestic political struggle.”

How far has US justice department investigation progressed?

Last month, former Trump campaign adviser George Papadopoulos pleaded guilty to having lied to the Federal Bureau of Investigation (FBI) about the timing of meetings with alleged go-betweens for Russia.

He testified that Russian nationals had contacted him in an attempt to gain influence with the Trump campaign, offering “dirt” in the form of “thousands of emails” on Mrs Clinton in April 2016 – two months before the DNC emails were leaked.

Mr Trump has played down the importance of Mr Papadopoulos, calling him a “low-level volunteer” and “liar”.

On Saturday, Mr Putin brushed aside US media reports that a woman wrongly identified by Mr Papadopoulos as the Russian president’s niece had offered to help broker meetings with Kremlin officials.

“I do not know anything about it and I think it is just some fantasies,” Mr Putin said.

Mr Trump’s former campaign manager, Paul Manafort, and an associate were also placed under house arrest on charges of money laundering as a result of the Mueller inquiry, but the charges do not relate to the election.