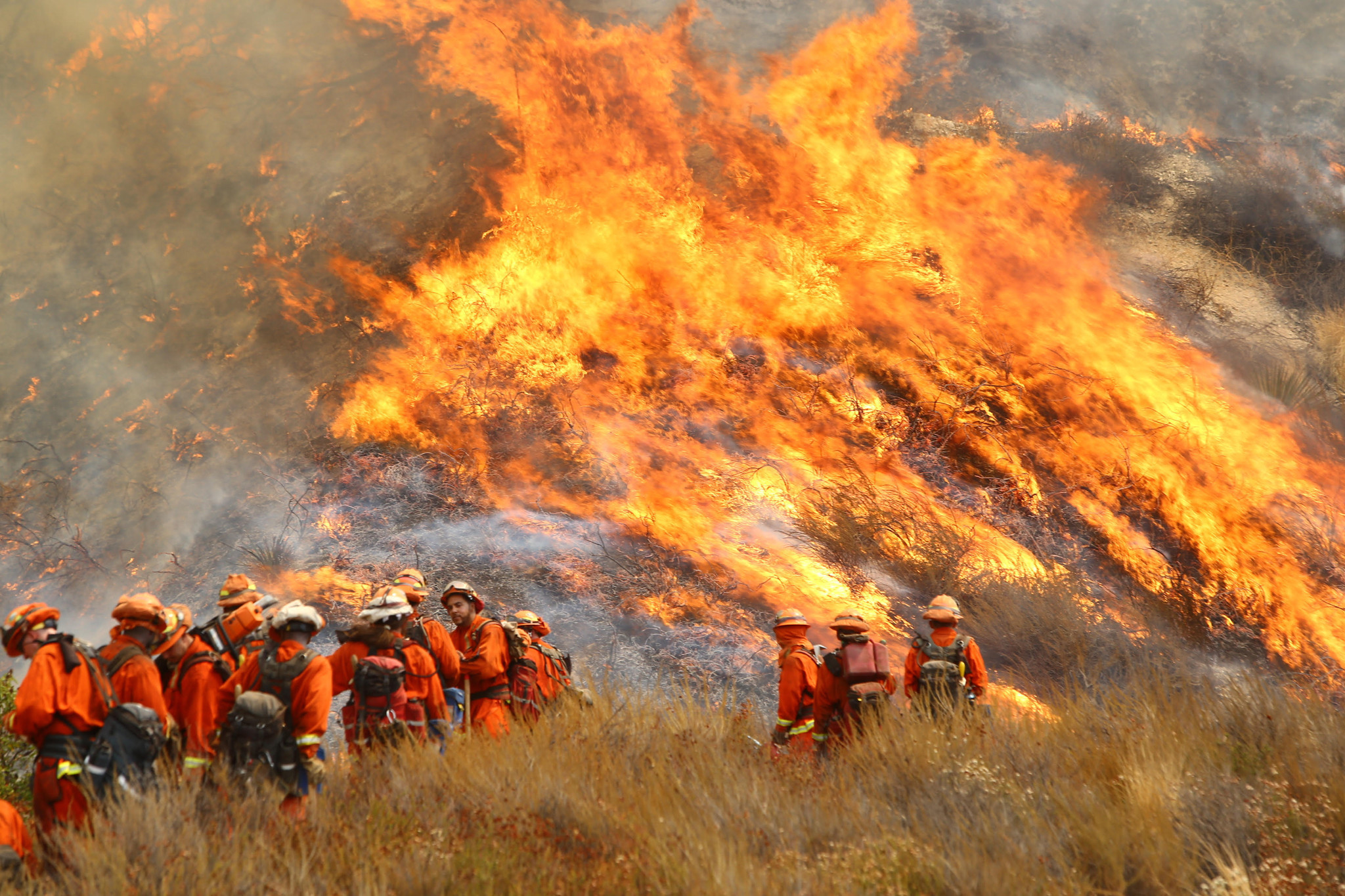 On Sunday California Governor Jerry Brown declared a state of emergency for Los Angeles County as the La Tuna wildfire encroached on L.A. and burned eerily on the skyline just north of downtown, keeping nervous residents on the alert as homes and business were threatened. What is now being reported as the largest brush fire in Los Angeles history began in Burbank on Friday, but the cause is still under investigation.

Over the weekend a mandatory evacuation order was issued for more than 700 homes in Los Angeles, Burbank and Glendale – the order has since been lifted as firefighters made gains after brief showers hit the area. La Tuna has already burned over 7000 acres and destroyed multiple homes.

The fire’s rapid spread is being attributed to an unprecedented heat wave that’s hit California along with high winds. On Friday for example, San Francisco reached 106 degrees Fahrenheit at the end of a summer that climatologists are calling one of the hottest on record. Over the weekend the heat forced the Bay Area Rapid Transit system to order its trains to slow down on rails exposed to the sun as slight heat-induced expansion in the metal track could cause slight shifts and possible derailment.

More than a dozen brush and wildfires continue to burn across the state, but the L.A. fire has produced the most surreal images as it’s crossed major freeways and is burning just above downtown businesses. As of Monday morning firefighters had the blaze 30% contained.

Below are several dramatic and surreal images of the fire’s advance on Burbank and the L.A. cosmopolitan area:

The largest wildfire in L.A.’s history hovered over the northern downtown area over the weekend, producing surreal images.

At the peak of the fire over the weekend over 700 residents of the Burbank, Glendale and the Sunland-Tujunga areas were evacuated. The fire also caused the temporary shutdown of the 210 Freeway and for a number of hours engulfed both sides of the road.

According to reports, over 1000 L.A. county firefighters are battling the blaze. By Sunday night there signs of positive progress as 30% was contained – up from 10% by the end of Friday.

Residents of the LA neighborhood of Tujunga along the I-210 were forced to flee as the fire burned along both sides of the freeway.

Record heat and high winds have fueled over a dozen brush and wildfires across the state. As of Monday L.A. firefighters are reporting positive progress – the fire is slowly being contained. Fires also continue to burn in other states impacted by record-setting summer temperatures and unusually high pressure across the Northwest, including Oregon, Washington, and Montana.