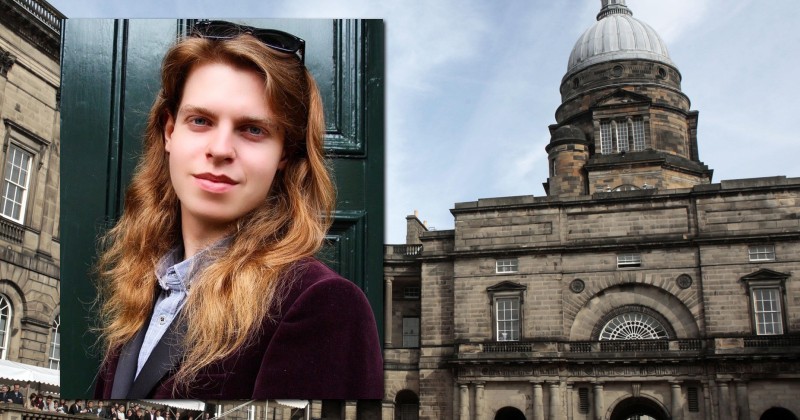 A law student at Edinburgh University claims he is under investigation for “Islamophobia” because he mocked the Islamic State.

Robbie Travers, who is also a commentator with the Gatestone Institute, posted on Facebook that another individual at the college reported him to campus authorities for making fun of the terror group.

“Afraid I’ve been a little more quiet as I have been accused of Islamophobia because I mocked ISIS, and I’m being investigated on such a ground by my University. Mocking ISIS allegedly made Islamic and minority students feel “threatened” and “unsafe,” so goes the complainant’s ramblings. Have engaged legal advice to dismiss this nonsense. Wish me luck,” wrote Travers.

In a subsequent post, Travers also revealed that he was being investigated for criticizing the Islamic hijab as an affront to women’s rights as well as another Facebook message in which he praised Prime Minister Theresa May for not wearing a hijab.

Two further complains were then made against Travers because he said drag queens should be able to perform at LGBT events, an idea labeled “transphobic”.

Given that Travers is bisexual, his concerns may have centered around the fact that ISIS throws homosexuals from the roofs of buildings, although the University of Edinburgh is apparently more concerned about hurting Muslim student’s feelings.

The irony of course is that by assuming Muslims would be offended by someone making fun of ISIS, it’s the University which is responsible for engaging in Islamophobia by implicitly suggesting all Muslims support ISIS.

Last year, another student at the University of Edinburgh claimed that on-campus censorship of free speech was “out of control”.

“Soon after I arrived, I learned of the bizarre ‘safe space’ and No Platform policies on this campus and other campuses across Britain,” said Charlie Peters.

Back in January, a BBC comedy skit called The Real Housewives of ISIS stoked “outrage” amongst some despite the fact that it served to mock the Islamic State.