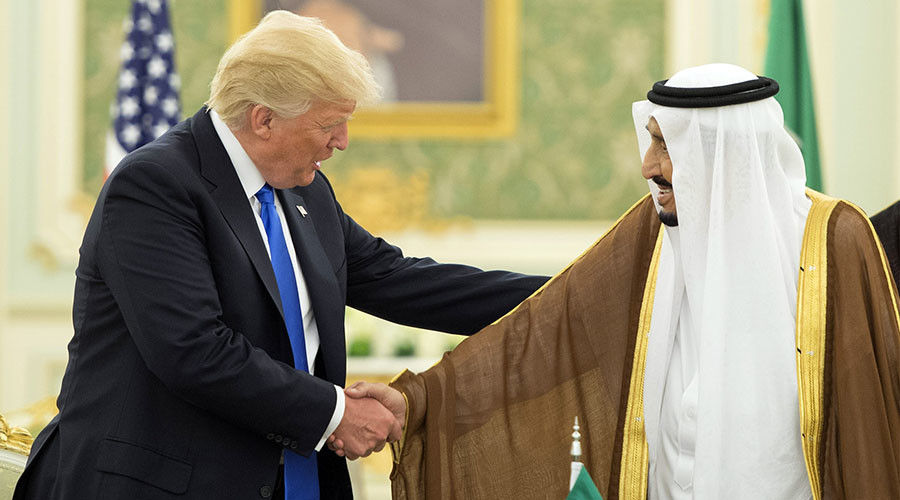 Top Republicans and Democrats in Congress have called for the $110-billion arms deal Donald Trump signed with Saudi Arabia last week to be reversed. Their primary concern is that the kingdom may use the newest weapons in the Yemen war, they say.

Washington should reconsider the delivery of precision-guided munitions (PGMs) and other sophisticated weapons to the Saudi kingdom, Congressmen Ted Lieu and Ted Yoho, representing the Democratic and Republican camps respectively, said in a letter to the House Foreign Affairs Committee.

They argued that it was crucial to understand if the Saudi Air Force, which spearheads the kingdom’s invasion of neighboring Yemen, would be able to use the cutting-edge armaments in their strikes against Shia Houthi militias.

The lawmakers said that in December, the Obama administration suspended “a planned sale of PGMs due to concerns over widespread civilian casualties in Yemen and significant deficiencies in RSAF’s [Saudi Air Force] targeting capabilities.”

“This decision was the result of an internal review launched after the United Nations and a number of human rights organizations documented a series of RSAF airstrikes on civilian targets including hospitals, markets, schools and a large funeral,” the letter stated.

They also urged the Foreign Affairs Committee to press the Trump administration to outline its strategy in the Yemen war and “explain the role that this proposed arms sale would play.”

“We therefore urge the Committee to call a hearing with the Administration, in a closed session if necessary, to obtain critical information pertinent to this PGM sale prior to the 30-day statutory window closing on June 20,” the letter read.

Last week, Trump received a warm welcome in Riyadh, where he held talks with Saudi King Salman. The arms deal was one of the more visible results for Trump on his first overseas trip since taking office.

For the Saudis, the deal is equally important, as it includes tanks, artillery, helicopters, light close air support, intelligence-gathering aircraft, and air defense systems such as Patriot and THAAD, among other things.

Human rights groups have slammed the deal, expressing concerns that sending the weaponry to Saudi Arabia will only worsen hostilities in Yemen.

“Trump should be urging the Saudis to shift course by abiding by the laws of war and holding those responsible for past abuses to account. Instead he will effectively be telling them to continue as before and not to worry – the flow of US weapons will not stop,” Kristine Beckerle of Human Rights Watch, said.

“Continued US arms sales to a country that has repeatedly violated the laws of war exposes US officials to legal liability for aiding and abetting coalition war crimes,” she noted.

Other experts suggest that the Saudi kingdom is arming itself against rival Iran. Recently, both regional powers exchanged bellicose statements suggesting that tensions between Riyadh and Tehran will not improve any time soon.

US Senators Chris Murphy, Al Franken, and Rand Paul introduced a joint resolution of disapproval for the deal. Employing a provision of the Arms Export Control Act, they hope to block the arms sale to the Saudi Air Force, though it represents only one part of the multi-billion dollar deal.

On Saturday, Congressman Lieu also introduced a joint resolution to place conditions on all air-to-ground munitions sales to Saudi Arabia. The conditions regard avoiding civilian casualties, facilitating humanitarian aid, and targeting US-designated terrorist organizations such as AQAP and ISIS.