Trump: ‘Fake News’ Wants Me to Stop Tweeting Because I Tell Truth 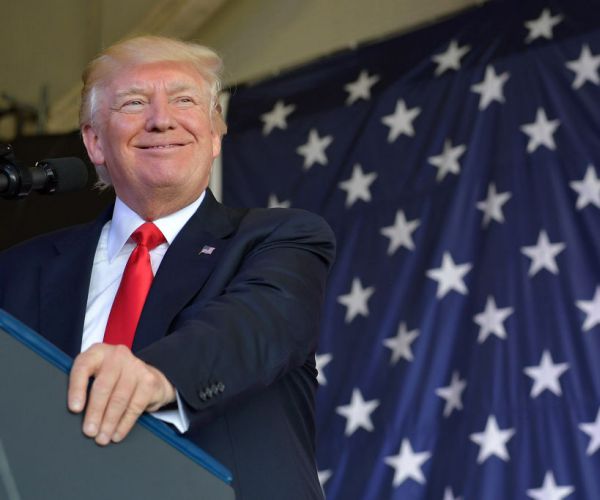 Trump: ‘Fake News’ Wants Me to Stop Tweeting Because I Tell Truth

President Donald Trump tweeted late Sunday that the “fake” news media wants him to stop using social media because it’s how he get’s the truth out.

The Fake News Media works hard at disparaging & demeaning my use of social media because they don't want America to hear the real story!

The tweet followed two about Republican efforts to repeal and replace the Affordable Care Act, also known as Obamacare:

I suggest that we add more dollars to Healthcare and make it the best anywhere. ObamaCare is dead – the Republicans will do much better!

The massive TAX CUTS/REFORM that I have submitted is moving along in the process very well, actually ahead of schedule. Big benefits to all!

Trump went on a Twitter tirade earlier Sunday about the news media, saying outlets that report on stories by relying on anonymous sources were fake news.

It is my opinion that many of the leaks coming out of the White House are fabricated lies made up by the #FakeNews media.

Whenever you see the words 'sources say' in the fake news media, and they don't mention names….

….it is very possible that those sources don't exist but are made up by fake news writers. #FakeNews is the enemy!

Trump on Sunday returned from a nine-day trip abroad but members of his administration came under great scrutiny while he was gone, including senior aide and son-in-law, Jared Kushner for allegedly trying to set up a secret communication channel between Trump’s transition team and Russian officials during Trump’s transition.