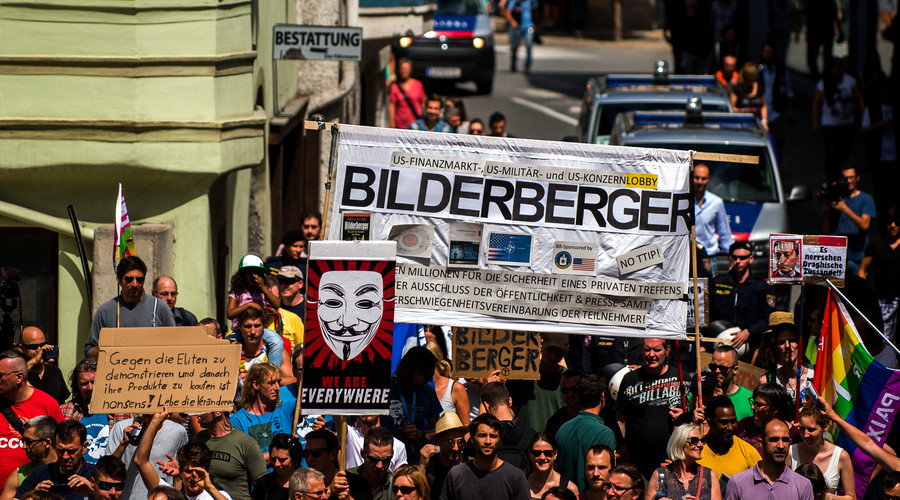 Many of the world’s most powerful people are gathering for the annual meeting of the mysterious Bilderberg Group this week. Russia, the Trump administration and ‘The war on information’ are among key topics up for discussion.

This year’s gathering takes place in Chantilly, Virginia, less than 30 miles from the White House, and goings on in the Oval Office are top of the agenda for the 131 people who’ve confirmed they’re attending.

Many top White House figures will be at the four-day event, including the Secretary of Commerce Wilbur Ross, National Security Advisor HR McMaster and Assistant to the President Christopher Liddell.

Other topics up for discussion include ‘Russia in the international order,’ China, ‘The Trans-Atlantic defence alliance: bullets, bytes and bucks,’ ‘The war on information,’ ‘Direction of the EU’ and ‘Why is populism growing?’

This year’s event marks the 65th meeting of the infamously-secretive group which has met every year since 1954. Denis Healey, Joseph Retinger, David Rockefeller and Prince Bernhard of the Netherlands were the group’s founders.

The group says the conference is “designed to foster dialogue between Europe and North America.” Each year it’s attended by people from the fields of politics, industry, finance, media and academia. About two thirds of the participants come from Europe and the rest from North America.

As well of some of Trump’s top brass, other attendees this year include Secretary General of NATO, Jens Stoltenberg, Republican senators Tom Cotton and Lindsey Graham, and Chinese Ambassador to the US Cui Tiankai.

Editors, and chief commentators, from several world famous publications including Bloomberg, The Economist, The Financial Times, The Wall Street Journal,  Italian newspaper Corriere della Sera and the London Evening Standard will also be in attendance.

Notorious for the lack of information about what happens during the discussions, meetings are closed to the public and to reporting journalists. All of the the meetings are held under the Chatham House Rule, which means that participants are free to use the information received, but neither the identity nor the affiliation of the speakers can be revealed. Also, no minutes are taken and no report is written.

Damn, I really wanted to get in pic.twitter.com/K1ZAGEzmnW

Nobody can buy their way into the meetings, rather they have to be invited. The invited guests are not allowed to bring their partners and the group reportedly never visits the same hotel twice.

Among the most famous past attendees are Henry Kissinger (who is going again this year), Bill Gates, numerous members of European royal families, Bill Clinton, and Margaret Thatcher, who both attended before they rose to power.