Mainstream Media Literally Making Up Stories About Trump To Discredit Him 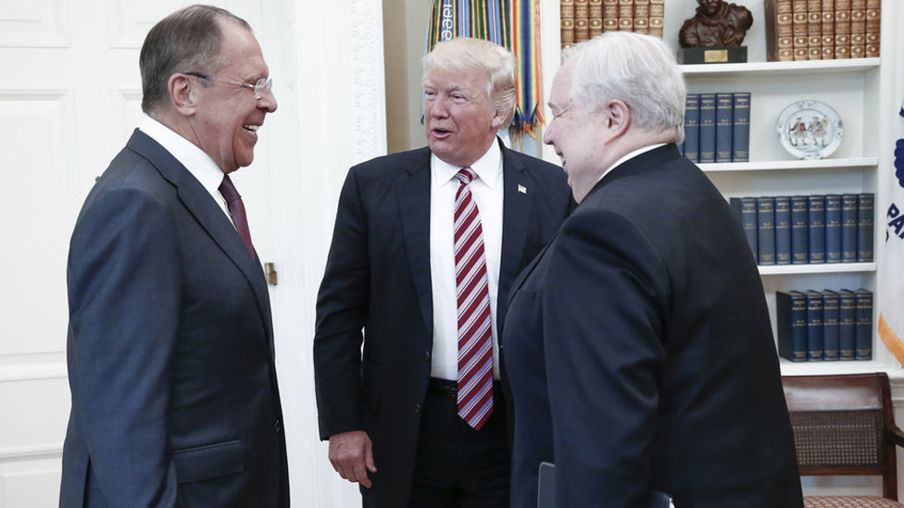 Mainstream Media Literally Making Up Stories About Trump To Discredit Him

The information, related to the use of laptops on aircraft, came from a partner of the US which had not given permission for it to be shared with Russia, says the Washington Post.

The Trump campaign’s alleged links to Moscow have dogged his presidency and are part of several investigations.

But the president has dismissed such allegations as “fake news”.

During the election campaign, Mr Trump repeatedly criticised his Democratic opponent, Hillary Clinton, for how she handled sensitive material.

In a conversation with the Russian foreign minister and Russian Ambassador Sergei Kislyak in the Oval Office, the president revealed details that could lead to the exposure of a source of information, officials told the Washington Post and the New York Times.

The discussion was about an IS plot. The president reportedly went “off-script”, revealing specifics of the plot, thought to centre on the use of laptop computers on aircraft, and the city from which that threat had been detected.

The intelligence disclosed came from a US ally and was considered too sensitive to share with other US allies, the papers report.

Others present realised the mistake and scrambled to “contain the damage” by informing the CIA and the National Security Agency (NSA), says the Post.

Mr Trump’s actions would not be illegal, as the US president has the authority to declassify information.

The meeting came a day after Mr Trump fired his FBI chief, James Comey, sparking criticism that he had done so because the FBI was investigating alleged Russian ties.

What has the White House said?

“The president and foreign minister reviewed a range of common threats to our two countries, including threats to civil aviation,” he said.

“At no time – at no time – were intelligence sources or methods discussed. And the president did not disclose any military operations that were not already publicly known.”

In a statement, Secretary of State Rex Tillerson echoed the point that “the nature of specific threats were discussed, but they did not discuss sources, methods or military operations”.

The Washington Post, which first broke the story, said this did not amount to a denial.

Speaking to the BBC, reporter Greg Jaffe said the Post’s story made it clear the president did not disclose sources or methods.

But he added: “Our story says that the nature of the information provided would have allowed the Russians to ‘reverse engineer’ to discover the sources and methods. He said so much that they could figure it out.”

On its website, the Washington Post said Mr McMaster “seems to be saying that the thing that didn’t happen is something The Post never actually reported”.

Despite the denials issued by the White House that any actual intelligence sources were revealed to the Russians, whatever was said in that Oval Office meeting was enough to alarm certain officials and, reportedly, to alert the CIA and NSA.

They in turn will have needed to warn the country that supplied the intelligence. There is a golden rule in the world of espionage that when one government supplies intelligence to another it must not be passed on to a third party without permission of the original supplier. The reason is simple: it could put the lives of their human informants at risk.

In this case it appears to relate to the discovery of plans by jihadists in Syria to devise a way of smuggling viable explosive devices on board a plane inside a laptop computer. Given the well-publicised ban on laptops in cabins on certain Middle Eastern routes, whoever revealed that information is unlikely to be still in place.

Levels of US classification – from lowest to highest

A spokesman for Paul Ryan, Republican speaker of the House of Representatives, said: “We have no way to know what was said, but protecting our nation’s secrets is paramount.

“The speaker hopes for a full explanation of the facts from the administration.”

The Republican head of the Senate Foreign Relations Committee, Bob Corker, said the story was “very, very troubling” if true.

“Obviously they’re in a downward spiral right now and they’ve got to figure out a way to come to grips” with it, he told Bloomberg.