US teen died after drinking caffeine too quickly, coroner says

A healthy teenager in the US state of South Carolina died from drinking several highly-caffeinated drinks too quickly, a coroner has ruled.

Davis Allen Cripe collapsed at a high school in April after drinking a McDonalds latte, a large Mountain Dew soft drink and an energy drink in just under two hours, Gary Watts said.

The 16-year-old died from a “caffeine-induced cardiac event causing a probable arrhythmia”.

He had no pre-existing heart condition.

The teenager weighed 90kg (200 lbs) but would not have been considered morbidly obese, Mr Watts said.

“This is not a caffeine overdose,” Mr Watts told Reuters news agency.

“We’re not saying that it was the total amount of caffeine in the system, it was just the way that it was ingested over that short period of time, and the chugging of the energy drink at the end was what the issue was with the cardiac arrhythmia.”

Caffeine would probably not have been seen as a factor in the teenager’s death if witnesses had not been able to tell officials what he had been drinking before his death, the Richland County coroner said.

The main witness could not say which brand of energy drink Davis drank but said it was from a container the size of a large soft drink. 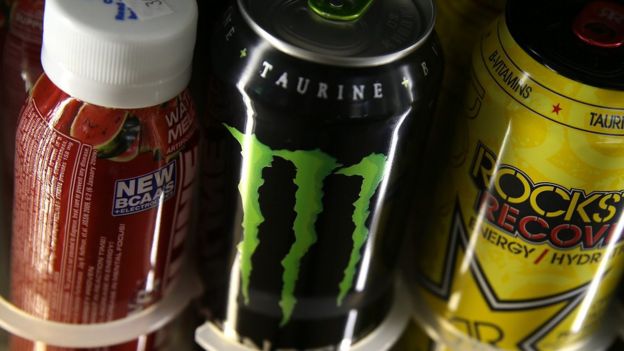 “We’re not trying to speak out totally against caffeine,” Mr Watts said. “We believe people need to pay attention to their caffeine intake and how they do it, just as they do with alcohol or cigarettes.”

The American Academy of Paediatrics (AAP) has warned against children and teenagers consuming energy drinks, saying their ingredients have not been tested on children and “no-one can ensure they are safe”.

It says they have side-effects including irregular heartbeats and blood pressure changes.

Most energy drinks contain a caffeine equivalent of three cups of coffee and as much as 14 teaspoons of sugar, the AAP says.

Davis may have consumed about 470mg of caffeine in just under two hours, based on statistics from the website caffeineinformer.com.

But it has other effects too. It can raise your heart rate and make you feel jittery or anxious.

And once you’ve drunk it, it will take hours to clear it from your system.

Having a few cups of coffee or other caffeinated drinks a day is considered perfectly safe. But drinking too much or lots in a short space of time is risky.

You can overdose on caffeine and it is possible to die if you ingest too much.

Up to 400mg of caffeine a day appears to be safe for most healthy adults. That’s roughly the amount of caffeine in four cups of brewed coffee, 10 cans of Coca-Cola or two “energy shot” drinks (although check the caffeine content of the beverage as it can vary).

Adolescents and pregnant women are advised to have less than this, though. Caffeinated drinks are unsuitable for toddlers and young children.

You may want to cut back on caffeine if you experience side effects such as: