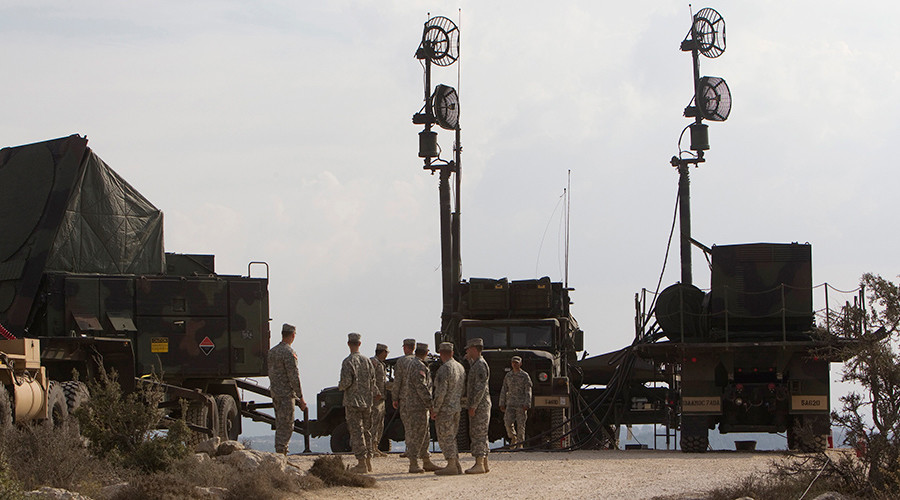 The United States is pursuing global strategic domination through developing anti-ballistic missile systems capable of a sudden disarming strike against Russia and China, according to the deputy head of operations of the Russian General Staff.

There is an obvious link between Washington’s prompt global strike initiative, which seeks capability to engage “any targets anywhere in the world within one hour of the decision,” and the deployment of missile launch systems in Europe and aboard naval vessels across the globe, Lt. Gen. Viktor Poznikhir said at a news briefing on Wednesday.

“The presence of US missile defense bases in Europe, missile defense vessels in seas and oceans close to Russia creates a powerful covert strike component for conducting a sudden nuclear missile strike against the Russian Federation,” Poznikhir explained.

While the US keeps claiming that its missile defenses are seeking to mitigate threats from rogue states, the results of computer simulations confirm that the Pentagon’s installations are directed against Russia and China, according to Poznikhir.

American missile attack warning systems, he said, cover all possible trajectories of Russian ballistic missiles flying toward the United States, and are only expected to get more advanced as new low-orbit satellites complement the existing radar systems.

American ABM systems are not only creating an “illusion” of safety from a retaliatory strike but can themselves be used to launch a sneak nuclear attack on Russia.

In a blatant breach of the Intermediate-Range Nuclear Forces Treaty, the standard land-based launching systems can be covertly rearmed with Tomahawk cruise missiles instead of interceptors – and the Pentagon’s denial of this fact, according to Poznikhir, is “at the very least unconvincing.”

Moreover, Washington’s unilateral withdrawal from the Anti-Ballistic Missile Treaty, signed in 1972 with the Soviet Union, allowed it to develop more advanced weapons that can now not only pose a threat to targets on the ground but in space as well.

“In February 2008, the Pentagon demonstrated the possibility of engaging spacecraft with its ABM capabilities,” Poznikhir said. “An American satellite at an altitude of about 250 km was destroyed by a Standard-3 missile, an earlier modification, launched from a US Navy destroyer.”

“Given the global nature of the ABM ships’ deployment, the space operations of any state, including the Russian Federation and the People’s Republic of China, are under threat.”

Russia has repeatedly voiced its concerns over the risk American ABM systems pose to the global balance of power and thus peace and stability, but has consistently been sidelined.

“Within the framework of cooperation, we also proposed jointly to develop a missile defense architecture for Europe, which could guarantee security against the impacts of nonstrategic ballistic missiles,” said Poznikhir.

“However, all Russian initiatives were rejected.”

“In this regard, Russia is compelled to take measures aimed at maintaining the balance of strategic arms and minimizing the possible damage to national security as a result of the United States’ ABM systems expansion.”

“This will not make the world a safer place,” he warned, urging Washington to engage in a constructive dialogue instead of dully repeating that the systems are not aimed at undermining Russia’s or China’s national security.