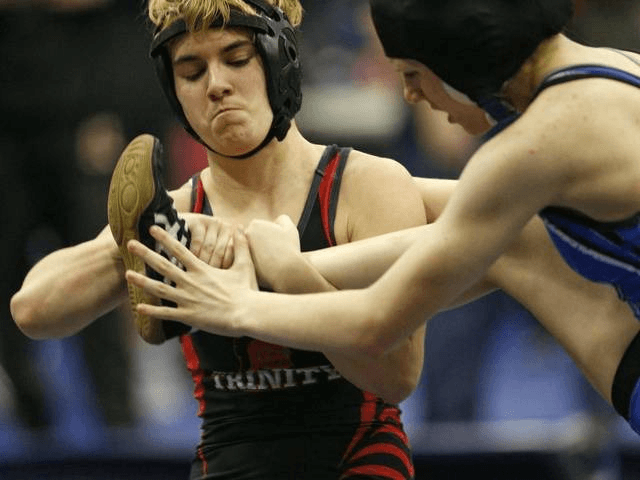 Mack Beggs, a 17-year-old transgender boy from Texas, has won the Texas state girls wrestling championship. That title caps off an undefeated season for Beggs, who went 57-0.

It also throws a gallon of gasoline on the fire of a huge controversy over whether Beggs should be allowed to compete against girls, since she is actively receiving testosterone injections as part of her transition from female to male. Those testosterone treatments have many believing that Beggs has an unfair competitive advantage when matched up against biological girls not receiving treatments.

Many who believe that were heard from in the gym after Beggs defeated Chelsea Sanchez for the state title, with several fans booing as Beggs celebrated her victory. To Beggs’ credit, according to her family, the 17-year-old would rather face boys in wrestling competition. However, at issue is a Texas law which states that competitors must wrestle against the gender listed on their birth certificate.

That policy became law on August 1st by the University Interscholastic League, the body which monitors athletics in Texas public schools. Attorney Jim Baudhuin, who is the parent of another wrestler, attempted to block Beggs’ participation in the state championships on the grounds that her testosterone treatments gave her an unfair advantage, though he failed to block Beggs from competing.

Still, Baudhuin doesn’t blame Beggs personally for the controversy. Instead, he blames the UIL policy. Baudhuin told The Blaze, “The more I learn about this, the more I realize that she’s just trying to live her life and her family is, too. She’s being forced into that position. Who knows, through discovery we may find out that’s not the case. But every indication is, the way the winds are going now, the blame rests with the UIL and the superintendents.”

While no law can account for every situation, the UIL doesn’t appear willing to change its policy. UIL Deputy Director Jamey Harrison said, “Ninety-five percent of the school superintendents in Texas voted for the rule as it was proposed, which was to use birth certificates. So any rule can be reconsidered, but … given the overwhelming support for that rule, I don’t expect it to change anytime soon.”

While the majority of Americans would probably agree with the 95% of superintendents who voted for the birth certificate rule, some special exemption needs to exist for females taking testosterone. If a female wrestler were to test positive for steroids, or some other type of performance enhancing drug, there’s no way they would be allowed to participate in competitive sports. Testosterone, athletically, constitutes a performance enhancer.

Though not a traditional performance enhancer, as ordinarily athletes don’t take enhancers which also have the effect of aiding them in transition from female to male, in athletic competition those treatments have the effect of making a competitor significantly stronger than an opponent not taking them. Therefore, someone going through that treatment has no place competing.

Also, putting Beggs and all the sensitivity towards LGBT aside for a moment, think about the safety of the other competitors. As UFC analyst Joe Rogan said on Twitter, “wrestling is a combat sport and taking testosterone competing against girls who aren’t taking it is completely unfair and dangerous.”

Sensitivity to someone’s “transition,” or drawing hard lines on gender, should never result in a complete disregard for the safety and well-being of other people. The whole law doesn’t need change, it merely requires nuance and out-of-the-box thinking. Something we’re unfortunately very bad at.