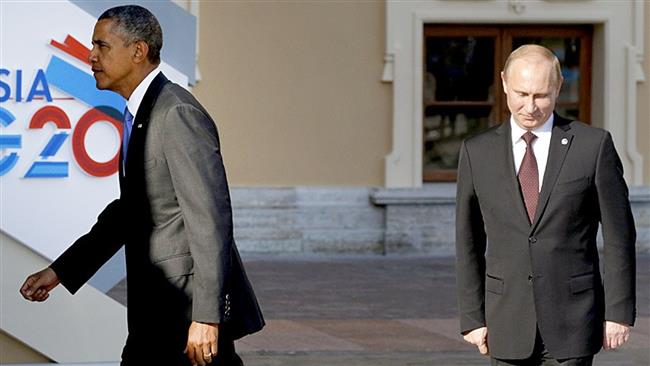 As Washington prepares to unleash new sanctions on Russia, it appears Putin won’t take this laying down. If U.S. adopts new sanctions against Russia, govt in Moscow will resort to counter-measures, Foreign Ministry spokeswoman Maria Zakharova warns in a website statement.

As we detailed previously, the delay in sanctions against Russia have come from Obama’s inability to take unilateral actions under current laws.  While Obama previously signed an executive order that would allow him to freeze the assets in the United States of people overseas who have engaged in cyber acts, it only applies to actions that have threatened U.S. national security or financial stability.  Further, per a “senior administration official,” use of the existing law would require (1) actual election infrastructure to be designated as ‘critical infrastructure’ and (2) the administration to prove that such infrastructure was actually “harmed,” conditions which the National Security Council say have not been met.

And Russia has pre-emptively warned of retaliation…

The outgoing US administration still hopes to finally have time to do something else for bad relations with Russia, and so she brought down. With clearly inspired leaks in the American media have once again trying to scare the extension of anti-Russian sanctions measures “diplomatic” and even sabotage against our computer systems. And this last “Christmas greetings” from the Obama team, already preparing for eviction from the White House cynically want to present as a reaction to certain “cyber attack from Moscow.”

Frankly, we are tired of the lies about the “Russian hackers”, which continues to flow into the United States from the very top. The Obama administration has launched six months ago, this misinformation in an attempt to play up the desired for himself a candidate in the November presidential election, and not achieving the desired, looking for an excuse for their own failure, and with a vengeance is played on Russian-American relations.

But the truth of the provocation orchestrated by the White House, sooner or later will still come out. Yes, it’s already happening. How else to December 8 reported the US media, the State of Georgia State Secretary Brian Kemp he said that the authorities in the region followed where came hacker attack on its electronic system of vote counting shortly after the election. Footprints led to the computer at the US Department of Homeland Security. This information quickly tried to cover up the stream of new anti-Russian charges that do not contain a single proof.

It only remains to add that if Washington really takes new hostile steps, it will get the answer. This also applies to any action against Russian diplomatic missions in the United States, which immediately ricocheted on US diplomats in Russia. Perhaps the Obama administration is quite indifferent to what will happen to the bilateral relations, but the story is unlikely to forgive her behavior on the principle of “after us the deluge.”

In other words, Europe is about to get screwed again.