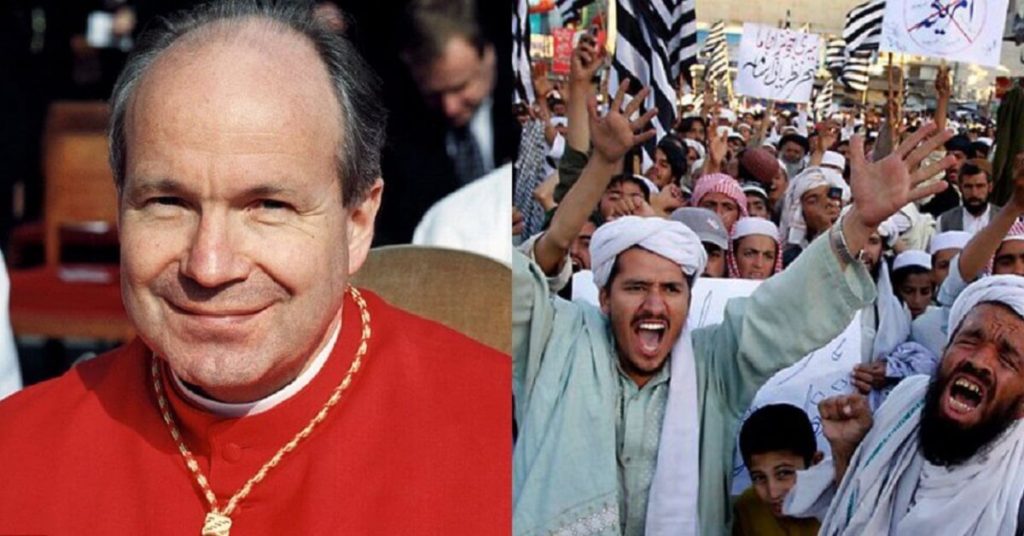 THE Archbishop tipped to be the next Pope has warned that Christians face being pushed aside by a growing Islamisation of Europe and wants to put a stop to accepting new refugees.

While in the beginning Schoenborn also used the same infamous words as German Chancellor Angela Merkel “Wir schaffen das” (“We will manage it”) when talking about refugees, over time he felt overpowered by the “unbelievable number of refugees” like many others in society.

Will there be an Islamic conquest of Europe? Many Muslims want that and say: Europe is at its end

The Archbishop explained that like many others he was surprised by the large number of asylum seekers and he has now become “more cautious” about how he chooses his words.

Schoenborn called for a European-wide solution to the problem, due to its immense dimension.

He already sees a hope for some people to return to their native lands, especially for refugees who have fled Iraq. The Austrian archbishop also said he sees a “great uncertainty” in the face of the recent terror attacks, adding that one just might have to live with the fact that life is now even more uncertain.

The Catholic Church in Austria has recently been hardening its stance against refugees and migrants.

Cardinal Schoenborn had earlier warned before that Muslims wanted to eradicate Christians and conquer Europe.

The Cardinal made the warning on 12th September during a special celebration for the “Holy Name of Mary” Church festival, which was first introduced 333 years ago to commemorate victory over the Ottomans in the Battle of Vienna (1683). The Cardinal said, according to the Archdiocese of Vienna: “Will there be an Islamic conquest of Europe? Many Muslims want that and say: Europe is at its end.”

He asked God to have mercy on Europe and to show mercy to its people, which he said “are in danger of forfeiting our Christian heritage”.

Schoenborn explained that people could already feel this loss, “not only economically, but above all, in human and religious matters.”

The Archdiocese of Vienna also recently published a brochure to ask migrants to respect Christian symbols, traditions and culture.