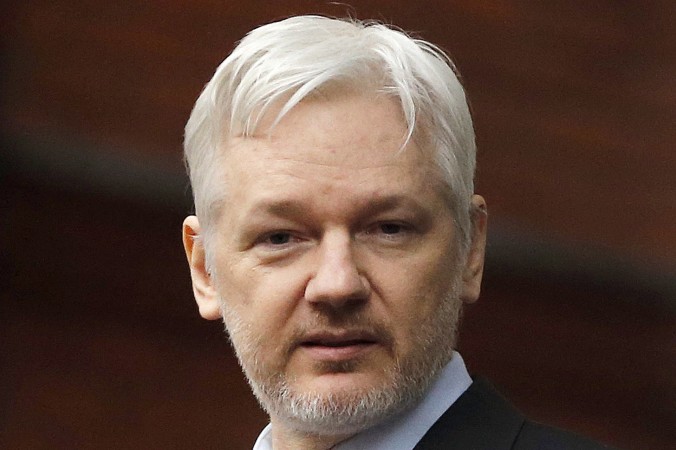 In this Feb. 5, 2016, file photo, WikiLeaks founder Julian Assange stands on the balcony of the Ecuadorean Embassy in London. (AP Photo/Frank Augstein, File)

Since late October, concerns have been growing about WikiLeaks editor Julian Assange’s safety.

WikiLeaks, in a tweet, wrote: “Please stop asking us for ‘proof of life’. We do not control Assange’s physical environment or internet connection. @MashiRafael does,” referring to Rafael Correa, the president of Ecuador.

Assange, 45, has been holed up in the Ecuadorian Embassy in London for more than four years, and he’s staying there out of fear that he might be extradited to the United States for his WikiLeaks-related activities.

There were rumors that Assange’s Internet access had been compromised after WikiLeaks was releasing emails sourced from Hillary Clinton campaign chairman John Podesta.

The anti-secrecy organization usually keeps so-called “insurance files” for its posts, which consist of key bits, made available for download and updated every month. According to NY Magazine:

You can download the insurance file (currently over 90 GB of data) from a torrent site like the Pirate Bay, but without the password it’s gibberish. The long-held belief has been that should something happen to WikiLeaks or Julian Assange, the password to WikiLeaks’ insurance files would be released into the wild, and all of the information within them shortly after. This effectively works as a “dead man’s switch”—if something bad happens to WikiLeaks, the threat goes, something much worse will happen to the organizations that are most likely to have compromised it.

But WikiLeaks didn’t release its “hashes” before the files are uploaded. They consist of a string of numbers and other characters associated with uploaded files. Users on Reddit, 8chan, and 4chan noticed inconsistencies, prompting the speculation.

As a result of the rampant speculation, namely on Reddit, 4chan, and 8chan, the hashtags #proofoflife and #whereisAssange have trended. Some have claimed that Assange was killed by the CIA or another U.S. agency, while others claim he is still at the embassy but compromised in some way.

And supposedly, on Nov. 27, Assange gave an interview, conducted via telephone, at the Free Connected Minds conference.

“I doubt anything I say here is going to put an end the rumors,” he said. “It’s very natural that these have come about because of my high visibility in the last few months in the US […] It’s not an acceptable precedent to have to make an appearance when there are all sorts of security [risks].”

After the interview was published, some questioned the veracity of it.