Israeli Military Now Conducts Airstrikes Against Syria At Will 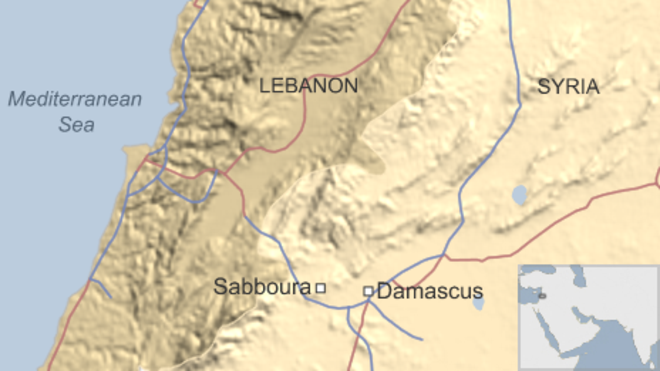 Israeli Military Now Conducts Airstrikes Against Syria At Will

A military source told the Sana news agency that the missiles landed in the Sabboura area but caused no casualties.

The source did not say if anything was hit, but the highway from Lebanon to Damascus runs through the town.

The Israeli military has not commented. It is believed to have bombed weapons shipments intended for Lebanon’s Hezbollah movement in the past.

Hezbollah, which fought a month-long war with Israel in 2006, has sent thousands of fighters to Syria to support President Bashar al-Assad’s forces in the country’s civil war.

The Syrian military source said Wednesday’s missile strikes were “an attempt to distract attention” from the Syrian army’s “successes” and a “bid to raise the morale of the collapsing terrorist gangs”, an apparent reference to recent rebel losses in Aleppo.

“The overnight explosions were so loud they could be heard by an Al-Masdar News field correspondent in downtown Damascus,” it added.

Al-Masdar said it was likely the strikes targeted a Hezbollah location or a senior member of the Shia Islamist movement.

The London-based Arabic news website, Rai al-Youm, meanwhile cited sources as saying that the first target was an arms depot belonging to the 38th Brigade of the Syrian army’s 4th Division.

The second target was a group of vehicles believed to be part of a Hezbollah weapons convoy, the sources added, stressing that no leaders were targeted.

The Israeli military declined to confirm or deny the reports.

The reported strikes come days after the Israeli military said its aircraft had targeted and killed four militants linked to so-called Islamic State in the Syrian-controlled Golan Heights, after they opened fire on a patrol on Israeli-occupied territory.