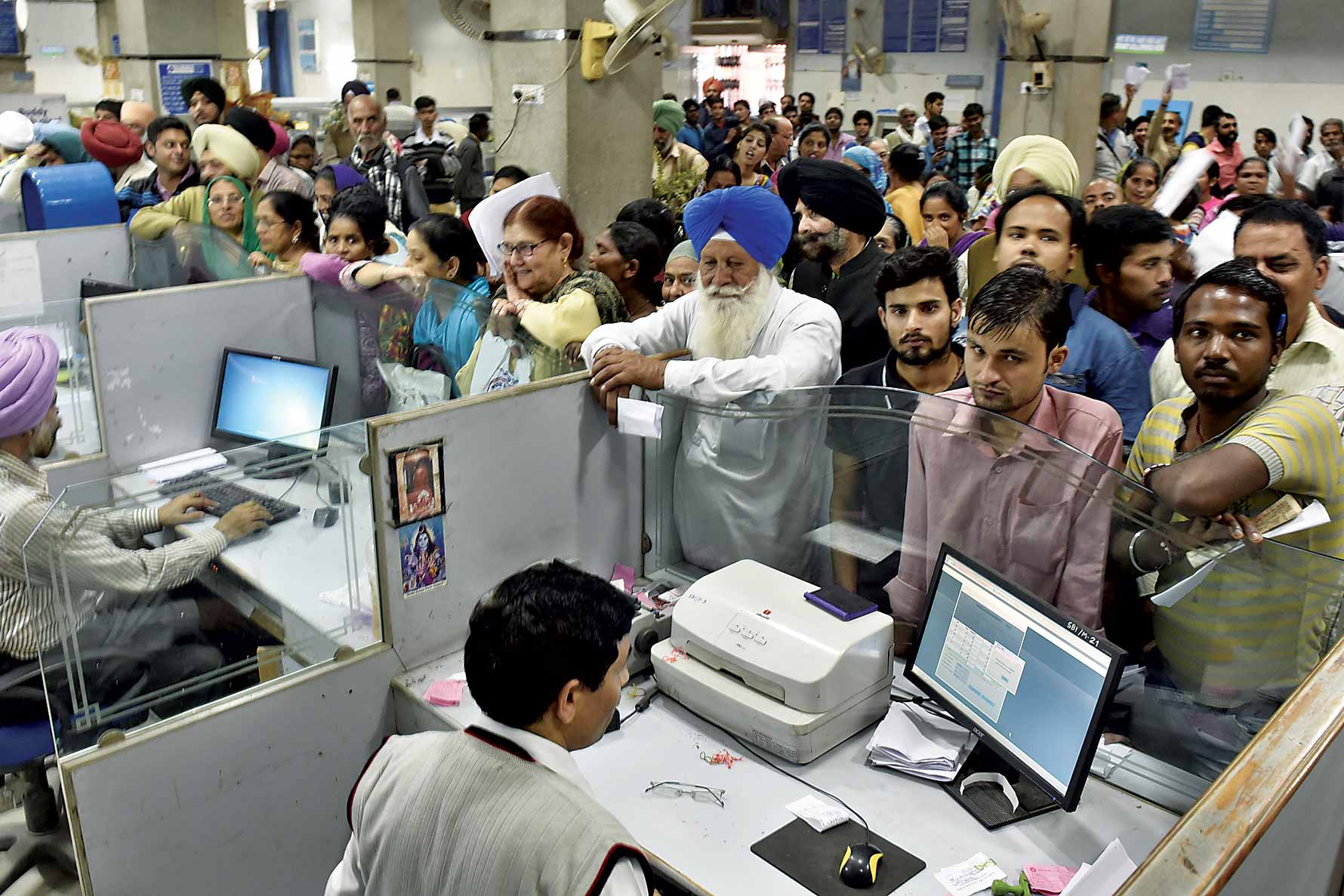 Indian Prime Minister Narendra Modi used a radio address Sunday to assure the country that the cash crisis caused by his plan to remove large-denomination bills from circulation will ease within his proposed 50-day period.

Modi said in the monthly radio address that the difficulties India has encountered since he announced a ban on the use of 500 rupee ($7.30) and 1,000 rupee notes in a bid to curb graft should come to an end within the period he originally outlined. The policy, which requires holders of the bills to deposit them in a bank, will help curb tax evasion and the country will start to see its benefits soon, Modi told the nation. He also warned people against using the poor and their new post office bank accounts to recycle money.

The plan Modi announced on Nov. 8 has taken 86 percent of India’s currency out of circulation and given people until Dec. 30 to exchange the defunct notes for fresh ones. The decision, aimed at weeding out unaccounted wealth and curbing tax evasion, rattled the world’s second-most populous nation, where nearly all consumer payments involve cash. The change has caused problems for individuals trying to pay for everything from weddings to funerals because ATMs are running out of smaller bills, and caused headaches for the Reserve Bank of India, which has seen a surge in banking liquidity pose an inflation risk.

“When I took this decision and presented it to you, I had said this was not normal and was full of difficulties,” Modi told the country via radio. “I had also expected that we would have to face several new difficulties in daily life. I had said then as well that the decision is so huge that it would take at least 50 days to address its impact, and then we could take steps toward a normal situation.”

India’s central bank told lenders on Nov. 26 to set aside more deposits as reserves to curtail surging banking system liquidity that risks stoking inflation. Banks have have accumulated more than 5 trillion rupees in deposits as citizens in Asia’s third-largest economy rush to submit the now-defunct bills. The RBI said banking-system liquidity is likely to increase further in the weeks ahead and it has decided to absorb a part of it by “applying an incremental cash reserve ratio as a purely temporary measure,” it said.A banking system awash with unused cash could cause borrowing costs to crash and lead to inflation, threatening to hurt financial stability in the $2 trillion economy. Indian sovereign bonds, which have rallied in November, may react negatively to the news, according to South African lender FirstRand Ltd.