How The Syrian War Developed 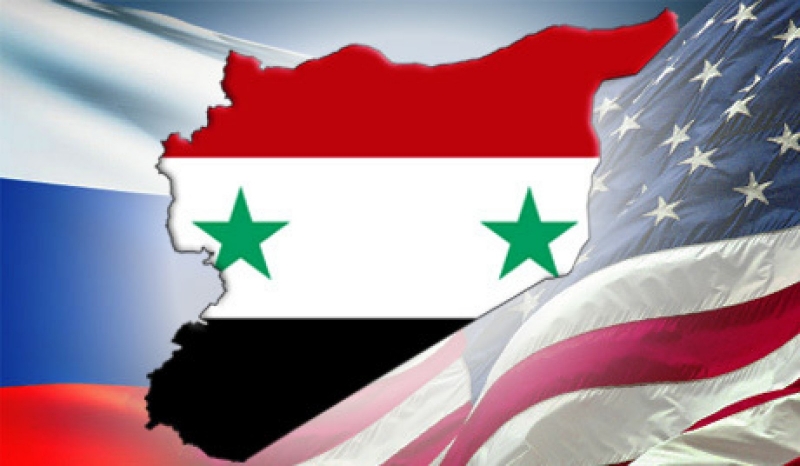 How The Syrian War Developed

“This whole mess is about a proposed natural gas pipeline that would run through Syrian territory which Assad said no to. He said no so now he is a ruthless dictator that needs to be toppled in order to spread dumbocracy and freedumb.”    — Mongoose

This pretty much sums it up.

“How The Syrian War Developed”

The US wants Syrian President Bashar Assad out of power because Assad refused to allow QATAR to run a natural gas pipeline from its northern gas field, through various countries, including Syria, so as to supply natural gas to Europe. The US and Europe want this gas pipeline so as to lessen European reliance upon Russian-supplied natural gas. By lessening Europe’s reliance upon Russia, the west thereby lessens Russia’s power over Europe.

When QATAR first proposed this pipeline, it won approval from all the governments along the proposed route – except Syria. Since Syria has always been a Russian ally, Syrian President Assad realized that this pipeline would harm his Russian ally, and so he refused permission to have it travel through his country.

This refusal did not sit well with QATAR or its Sunni-Islam allies, like Saudi Arabia. Especially since, at the same time, Iran, which is Shi’ite Muslim and thus an enemy of Sunni Muslim countries, was proposing a gas pipeline of its own to Europe, via a slightly different route.

Shortly after Assad refused, there was a vast media blitz about him being a “ruthless dictator” who “abused his people” and . . . . all the same rhetoric the world heard about Saddam Hussein, Muammar Quadafi and the like.

Shortly after the media assault, QATAR, SAUDI ARABIA, BAHRAIN and their pals, decided to begin funding “freedom fighters” and “moderate rebels” to “liberate” Syria from its democratically-elected President, Assad. Thus began the so-called Syrian Civil War. It was not a civil war, it was groups of mercenaries, hired and paid by Qatar, Saudi Arabia and the rest, to oust Assad so as to get their pipeline run.

Their motivation was not simply earning profits from the gas pipeline, they also wanted to make certain that their arch-rival, Iran, could not run a pipeline and thus get access to vast monies from expanded sales.

Fighting Breaks Out in Syria

Fighting broke out inside Syria and things did not go well for the Syrian government. As the fighting grew worse, Assad realized he was going to lose, so he traveled to Moscow to ask his ally, Russia, for help. Russia agreed and sent troops, planes and war fighting equipment to Syria.

The Russians not only tipped the balance in favor of Syria, they uncovered the fact that the terror groups ISIS and Al-Nusra Front (a.k.a. Al-Qaida), were actively profiting from stealing oil from Syria and from northern Iraq, transporting that stolen oil into Turkey, where it was being slightly processed, re-packaged, and SOLD! The Russians proved that this oil theft and smuggling, with the cooperation of Turkey, was earning ISIS about $100 MILLION a month in profits to fund the terror group!

Shortly thereafter, a Russian plane was shot down by Turkey, which claimed the Russian aircraft had violated its airspace. That claim was a lie. Turkey shot the plane down to send a message to Russia to stop screwing around with the oil smuggling. The message did not work.

Instead of halting the attacks, Russia publicly released video showing miles-long convoys of oil trucks, streaming-into Turkey almost 24 hours a day, with stolen oil smuggled from Syria and Iraq! These smugglers are in so tight with the Turkish government, they didn’t even have to stop at border checkpoints; they got waved-through by border guards. This made clear who it was inside Turkey, profiting from the smuggled oil: Turkish President Recypt Erdogan . . . the same man who ordered the Russian plane shot down.

As the months of fighting in Syria continued, the Russians enjoyed success after success in stopping both the terror groups AND the rebels trying to overthrow Assad.

This did not sit well with the US, which was aiding the “rebels” in the effort to overthrow Assad. It also didn’t help the US that the media was full of stories about Russian successes, and this got people asking why Russia was having so much success, when Americans had been in Syria for over a year prior, and did not make ANY progress against the terrorists?

The uncomfortable truth emerged just weeks ago, when it became undeniably clear that the ISIS and al-Qaeda terrorists ARE the “moderate rebels” being helped by the U.S.

As Russian military action continued to crush the terrorists and rebels, the US proposed working with the Russians; a gesture welcomed by Russia.

But the Russians quickly came to realize that the US was being deliberately dishonest. They didn’t want to help at all, what the US wanted to do was limit the strikes against its “moderate rebels” hoping to sneakily continue to overthrow Assad.

When Russia realized that the US was being dishonest, it went about doing what needed to be done to continue protecting its ally.

So what did the US do? It had coalition aircraft attack the Syrian Army, killing 62 and wounding 100.

Making matters worse, just seven minutes after the coalition aircraft attacked, well-organized elements of ISIS and al-Qaeda, launched a ground assault against the very same Syrian Army location. Syria claims to have audio recordings of the Coalition pilots coordinating with the ISIS terrorists by radio just before coalition aircraft attacked the Syrian army. The Pentagon says this claim is “false and ludicrous.”

Shortly after the attack, the US claimed “it was a mistake” and said they would investigate and explain to Russia and Syria. So the Russians and Syrians called for — and got — an emergency meeting of the UN Security Council in New York. Instead of explaining what happened, US Ambassador Samantha Powers, WALKED OUT of the meeting! There was not going to be any explanation.

Afterwards, the Russian Defense Ministry publicly stated “We have come to the terrifying conclusion for the world, that the US is actually supporting the ISIS Terrorists.”

With no explanation from the US, Russia then attacked a long-established and well-known Terrorist Operations Center. A Russian ship operating off the coast of Syria, launched three Kaliber missiles which scored direct hits on this operations center.

Shortly thereafter, Syria’s largest city, Aleppo, which has been under ISIS control for over a year, came under attack by elements of the Syrian Army, intent to reclaim their city. The attacks were remarkably successful, thanks in large part to air support from Russia. The success of operations in Aleppo, sent the US off the deep-end; they were witnessing what could very well be, the complete failure of their efforts to oust Assad. So the US told Russia that unless Russia stopped bombing Aleppo, the US would cut-off cooperation.

Yesterday, as threatened, the US cut-off Diplomatic cooperation with Russia inside Syria and is now allegedly planning an outright military attack to achieve its goal of ousting Syrian President Assad.

Russia, seeing what the US is planning, has now moved its feared S-300v4 surface-to-air missile defense system into Syria. Once this system locks onto an aircraft, there is no defense. The aircraft is dead and there’s no way to outrun, out-maneuver, or fool the system. This means that Russia can, at any time, ground all US aircraft operating in Syria simply by turning-on the S-300v4 system.

Remember, Russia was asked to help Syria and has permission from the Syrian government to be in that country. The US did not ask permission and does not have it. The US also does not have a declaration of war by Congress, or an authorization for the use of military force from Congress, or a UN Security Council resolution to be in Syria.

What the US is doing in Syria is 100% completely illegal. The US military Commanders carrying out orders in Syria, such as Lt. General Stephen Townsend who is based out of Fort Bragg, NC, are engaged in criminal war actions. They have chosen to obey orders which they know to be illegal. General Townsend and his staff should be arrested and taken into custody by local US troops. But the troops won’t do it because they know that these illegal orders come from the top, and if they arrest the General, they will quickly find themselves arrested because the criminal actions being undertaken are being ordered by President Barack Obama -Criminal-In-Chief.

Other Issues Driving Us Toward War

While all this was taking place, NATO was expanding eastward along Russia’s borders. This violated a promise made by then-Secretary of State James Baker, who promised after the Soviet Union dissolved, that “NATO will not move one inch eastward.” Since Baker’s promise, NATO has added the Baltic States of Lithuania, Latvia and Estonia to its membership.

In an effort to increase NATO presence around Russia, the US spent $5 Billion to foment to violent overthrow of the duly-elected President of Ukraine, so as to install a puppet government favorable to the West. This was discovered when Assistant Secretary of State Gloria Nuland got caught using an unsecured phone to call the State department. It was during this call – which was intercepted by Russian Intelligence – that Nuland notoriously said “Fuck Europe” when told the Europeans had concerns about what the US was doing in Ukraine. That phone call was made public by Russia, thus proving the US/NATO did foment the overthrow and lied about it.

Most recently, Poland and Romania became home to a US Missile Defense systems, designed to shoot missiles out of the sky. Russia says these systems are designed to prevent Russia from firing back if it is fired upon, making them a “sitting duck” for a US/NATO first-strike, and they strongly warned NATO not to activate the systems in Poland and Romania.

NATO said the Russian fears are nonsense, the systems are there to protect against launches from Iran. There’s just one minor problem: all the radar stations connected to this missile defense system are aimed east / northeast at Russia instead of south/ southeast at Iran. So again, the US/NATO lied, again. And got caught, again.

If you were the Russians, and you saw lie after lie, and the encroachment of foreign military forces all around your nation, and the activation of a system which would render your defenses useless, what would you do?”