“Mrs. Clinton has proposed a no-fly zone over Syria.” — BBC

Candidate Clinton wants to establish a no-fly zone over the sovereign nation of Syria which is being aggressively protected by the Russian Air Force! ?

What will Presidents Putin and Assad do then?  Ground their air forces in deference to a shockingly reckless President Clinton?  Just what type of menacing criminal insanity has Candidate Clinton recently exhibited?  And yet, she still seems to have so many fanatical followers!

Let’s face it: presidential candidate Hillary R. Clinton has completely lost it.  She is clearly unfit to serve as POTUS.  She is especially unfit to serve as the Commander-in-Chief.  Her naked warmongering at the third debate is both unprecedented and frightening.  Clinton has shown the whole world that she is an extremely dangerous war hawk of the highest order.

The primary reason that her Neocon masters and NWO globalist sponsors want to shoehorn her into the Oval Office — via an outright election theft — is to literally initiate the hot phase of a full-blown World War III.  That’s why they even nominated an ineligible candidate who is clearly disqualified to serve in any public office in the U.S. Federal Government.  As follows:

U.S. CODE: Hillary R. Clinton is disqualified from holding any public office in the United States

Who doesn’t get that by now?

“Those who cannot remember the past are condemned to repeat it.”

Mrs. Clinton knows full well that she is being used like just like presidential pawn Barack Obama was to start a war with Russia.  Her many patently false accusations against Russia have been so irresponsible and reckless that she has effectively disqualified herself from being POTUS. 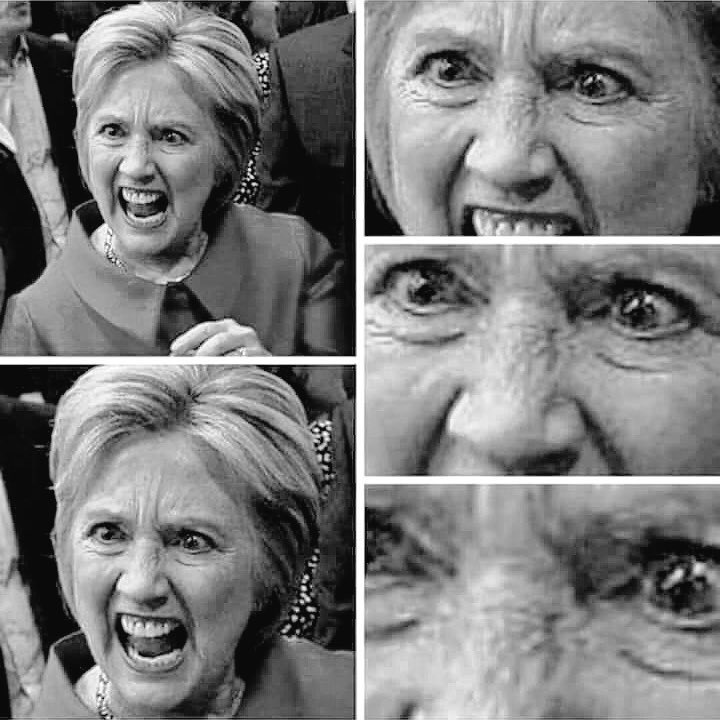 History is quite clear about how Democratic administrations have always been used over the past 100 years to start the really BIG wars.  In fact, the Democrats have set up and started all the World Wars, as well as other major wars, with the exception of the Mideast wars of this third millennium.

In other words, President Barack Obama was used to set the stage for World War III so that Hillary R. Clinton can be used to trigger the hot phase of WWIII.  For anyone who doubts this eventuality should she be elected, please watch the video below to hear Clinton articulate her unambiguous intentions in her own words.

If the American people do not terminate her candidacy post haste, Hillary Clinton will only bring ruin to the nation as well as to the world-at-large.  Hence, it’s imperative that every voter closely watch the preceding video; if not for themselves, then at least for those who need to be properly educated NOT TO VOTE for the inveterate warmonger.  Quite alarmingly, there are many throughout the electorate who are still amazingly hellbent on voting for her.

It is also imperative to deeply contemplate the obvious ramifications of the Santayana quote shown above. The very reason why the NWO cabal has waited so long to trigger World War III is because they needed to wait for “The Greatest Generation” to die off … which they have to a great extent.  In this way they are no longer able to warn the people of the horrors of a World War.   Nevertheless, the historical realities of the last century are still so graphic and present through the media that it ought to be easy for the younger generations to get a hint of what WW3 might look like.

If a sufficient critical mass of anti-war sentiment is not attained by We the People, then the people of planet Earth will be condemned to repeat the very worst of our history of the last one hundred years.  World War III was always an integral part of the New World Order agenda for TPTB to have a justification to set up their long-planned and despotic One World Government. The Obama-Clinton scheme to restart the Cold War as a prelude to initiating hostilities toward World War III was spelled out in Presidential Study Directive 11. Also known as PSD-11, this covert plan served as the official blueprint for the U.S.-directed Arab Spring. The Arab Spring was essentially a series of fabricated coup d’états and revolutions carried out by the CIA, MI6, MOSSAD, DSGE and GID throughout the Middle East and North Africa.

Each of these manufactured revolutions was a highly classified black operation and utilized the very same clandestine MO.  In short, Western-backed terrorist groups, such as Al-Qaeda, ISIS and the Al-Nusra Front, were recruited by the CIA and sent in to perpetrate false flag terror attacks on civilian populations which were then blamed on the sitting governments. When the government reacted defensively to the terror organizations, they were accused of committing war crimes against their own citizenry. Their legitimate acts of self defense were then used as a false pretext by the Western powers to outright invade the respective nations either directly or by proxy.

Clinton and Obama, the Arab Spring and the Creation of ISIS

Each meticulously engineered civil war and revolution was, in fact, an unprovoked war of aggression waged by the Zio-Anglo-American Axis against countries that posed no threat to anyone. In the aggregate these government overthrows eventually drew Russia and Iran into the Northern Levant theater of war by design. In this way, Russia was forced to commit valuable and limited military assets and personnel to the Mideast, far from their own borders.  This premeditated plan by NATO was executed so as to greatly expose Russia’s western border, especially the areas contiguous to the Baltic states, Belarus and the Ukraine.

The Ukraine Civil War was instigated in much the same way and served to provoke Russia so as to make then out to be the ‘bad guy’. In this manner the whole world was corralled into a pen of compliance with the unlawful U.S. sanction regime that was essentially foisted on all the major nations within the Anglo-American Axis.[1]  The ensuing economic warfare and financial terrorism carried out against Russia was a quite deliberate cold phase of WW3 by Obama as preparation for the coming hot phase to be implemented by Clinton. It should also be noted that it was Clinton’s appointed staff at State, led by Assistant Secretary of State for European and Eurasian Affairs Victoria Nuland, who laid the groundwork for the 2014 Ukrainian revolution that began with the CIA-coordinated protests at Kiev’s Maidan Square.

Hillary Clinton’s entire tenure as Secretary of State was spent executing the Arab Spring game plan which included the purposeful overthrow of governments in Tunisia, Egypt, Libya, Yemen, Syria, and Bahrain. Both State and the CIA collaborated very closely in the various U.S. embassies of the respective capital cities of the targeted countries. This is basically what Emailgate, Servergate and Benghazigate are all about, and why Clinton’s emails were erased and her 13 devices destroyed. The evidence of fomenting revolutions was simply too overwhelming to permit this diplomatically radioactive information from being delivered even to Congress.

Really, is a chaotic WW3 conflagration where the voters for Hillary R. Clinton want to take the whole planetary civilization?  Do the supporters of a Clinton presidency truly want the world community of nations to be embroiled in a nuclear war … even one with limited nuclear weapon use?

It’s never been so important to cast a vote to defeat Hillary R. Clinton and against war, especially a full-blown World War scenario?  Which is why a Clinton presidency must be defeated by any means necessary and by every means possible.