FBI Director Comey in Huge Trouble! Caught Lying to Congress! Just How Stupid Does He Think We Are? 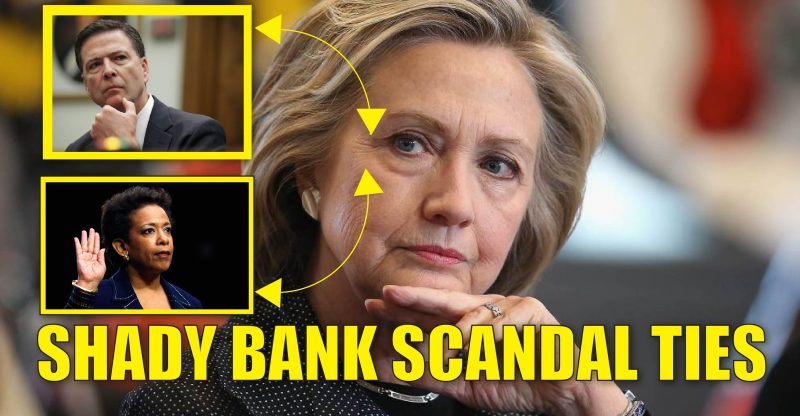 FBI Director Comey in Huge Trouble! Caught Lying to Congress! Just How Stupid Does He Think We Are?

Will Congress ever punish James Brien Comey for colluding with the
Clinton Crime Family in the cover-up of Emailgate and Servergate? There has never been a more painful public testimony given to Congress than FBI Director James Comey’s on Wednesday, September 28, 2016.

Truly, that day is a day that will live in infamy as far as the Federal Bureau of Investigation is concerned.  And that repugnant episode took place after Comey’s memorable day in the same hot seat after he declined to recommend criminal charges against Secretary Clinton.

What the American people witnessed yesterday was a sitting FBI Director answer extremely pointed questions — about Emailgate and Servergate — in such a way that they proved he was the pivotal part of a highly sophisticated cover-up of a series of high crimes (class 1 felonies) that compromised the security of the United States Federal Government in ways both unprecedented and profound.

The security breaches which occurred at the Department of State under Secretary Hillary Clinton’s watch were so serious that the true effects have not even been discussed as yet, so focused has Congress been on the ongoing cover-up.

There is only one way to explain the workings of this complex cover-up.  The following analogy draws upon an indisputable pattern that speaks directly to Director Comey’s Irish Catholic background.  It’s quite interesting that “He is of Irish descent and was raised in a Roman Catholic household”  and that “Comey graduated from the College of William and Mary (1982), majoring in Chemistry and Religion.” [1]  As follows:

Only with this understanding can the true enormity and calculation of the unparalleled Clinton crime cover-up be apprehended.

What do they have on Comey?

When an FBI director is appointed, the vetting process — the cabal vetting process, that is — revolves around one thing in particular.  How easily controlled will they be, can they be.

Toward that end knowing all the carrots and sticks, which can be applied to goad the FBI director into a certain conduct, are essential.  If they can be sufficiently bribed to carry out the will of the ruling cabal, that is duly noted.  Likewise, if they have known weaknesses, and are especially averse to threats to their family, those are also noted.

The point here is that this FBI Director has been carrying water — oceans of water — for the Clinton Crime Family for many years.  He would only do that to avoid a serious consequence or to receive a great benefit.   Hence, the best way to catch Comey in the act is to aggressively pursue this specific line of inquiry.

You can’t make this stuff up! Comey: Clinton May Not Have Understood Classified Marking System

There is no question that Comey has been enriched through his work in the private banking sector doing the very same things that MAFIA lawyers do for the banksters.  His stint at HSBC is especially suspicious, as is his work for the Clinton Foundation.  Even his brother is in on the act. The cover-up if often much more serious than the crime itself.

What Comey’s most recent testimony before Congress has revealed is the true depth and breadth of the Clinton crime spree cover-up.  With each successive appearance the Director reveals more about what he will do to protect the Clintons.  His answers transparently demonstrate that he will lie and equivocate, dissemble and prevaricate in order to keep them out of prison.

COMEY HAS LONG HISTORY OF CASES ENDING FAVORABLE TO CLINTONS

The whole world has had an opportunity to watch a glaring cover-up in real-time and in living color whenever Comey testifies before Congress.  Never before has a select Congressional committee picked apart the inner workings of such a complicated and premeditated crime spree perpetrated at the highest levels of government.

In light of the shocking testimony that Comey gave on September 28, it’s now clear that he sealed his fate.  Not only was he caught in outright lies to Congress, he was made to squirm in his seat like never before.  At one point he even blurted out a tenuous and self-incriminating defense that the FBI was not full of “weasels”.   As follows:

When virtually every major organ of MSM propaganda came out, as if on cue, to sing the praises of Director Comey’s integrity and impeccable track record in public service, the writing was on the wall.

The MSM — really — telling the truth about anything within a million miles of the Clinton Crime family.  No, we don’t think so!  That glowing endorsement alone was enough to set off a 17-alarm fire … at the FBI … at Justice … at State.

Now we all just need to wait for the whole criminal enterprise to crash and burn.

The real $64,000 question here has absolutely nothing to do with the corrupt James Brien Comey.

It has to do with Congress.

However, does the Congress also believe we’re all as dumb as rocks?!

Really, when are they gonna stop talking about the crimes and start locking up the criminals?

Congress has let almost 8 long years go by and not investigated — via an appointed Special Prosecutor — or prosecuted a single crime of the longest crime spree in U.S. presidential history.  The most lawless and law-breaking administration has gone scot-free.  Therefore, it is really the Congress that is to blame for lack of proper oversight.  The political criminals are never really to blame as that’s all they ever do—CRIME against We the People.

It is the studied opinion of the entire SOTN staff that Congress has displayed an extraordinary timidity in their investigation of both Director Comey and Attorney General Loretta Lynch.  In short they have allowed them to get away with bloody murder … and it is the American people who have been bloodied.

Are the Congressmen afraid of being the target of an FBI investigation?  Or, is it an aggressive IRS audit that really scares them?  Perhaps they are frightened by a CIA black op being conducted in their district?  Or, an intensive NSA surveillance and wiretap of their extended family, and friends, and business acquaintances, etc.?

Regardless, gentlemen, it’s time to step up to the plate and take this crime family down for good!

OPEN LETTER: PLEASE, DON’T EVER SPEAK
FOR ALL THE REASONABLE PROSECUTORS IN AMERICA