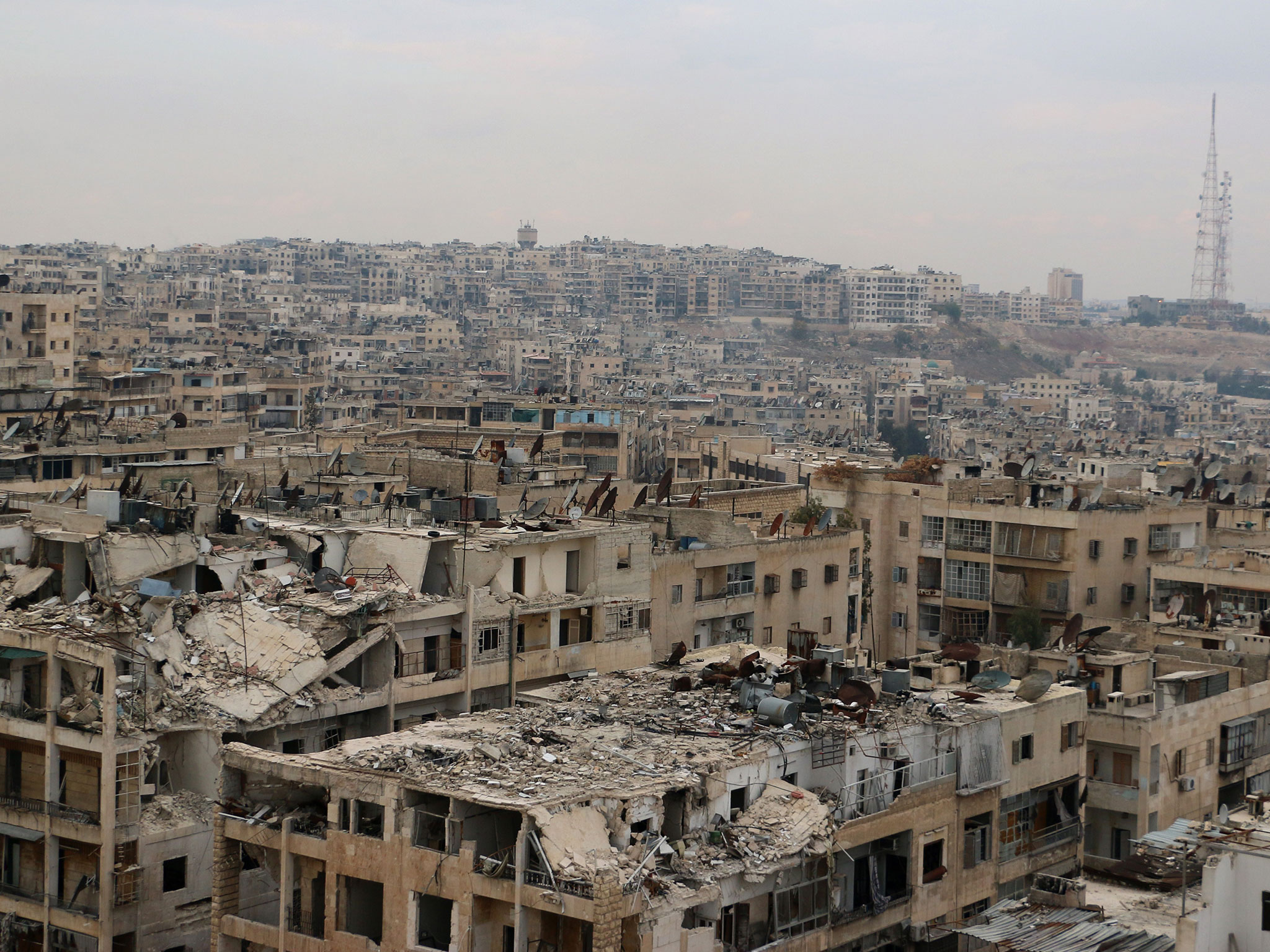 The city of Aleppo was all party during Thursday the 28th, the good and brave people celebrated the great victory in Bani Zayd and Al-Ashafriyeh districts by the Syrian forces and allies, the night of Thursday to Friday was the first night in many years they slept safely and not fearing random mortars from the NATO backed terrorists, the battle to recover all Syria is far from over, but victories like that do bring hope to permanent conditions for improvement in quality of life for civilians.

We are also seeing the first civilians leaving the terrorist held eastern side of Aleppo toward the safety of the western side, though it is expected that the terrorists will make it difficult to happen smoothly and safely, since they cowardly used and use civilians as human shield for their own protection, but this time, Russia is having a felt presence in Aleppo, not only helping to drop food to the eastern side but coordinating with the Syrian Government the transfer of civilians to the western side, this give high visibility for this operation, a direct link to the the United Nations Security Council, not that it could change anything, but it guarantees very high visibility and documentation to the world on what is happening there.

Aleppo: The strategic victories in Layramoun, Bani Zayd, Al-Ashafriyeh and the northern part of the Castilo road, was not only important to lock tight the terrorists inside eastern Aleppo city, basically sealing their fate to surrender or a slow death, it brought security to millions of Syrians in the crowded western side of Aleppo, as explained above. But, it also created the conditions to further advance, with a solid safe backing, toward Kafr Hamra and the main vital cross road of Ma’arat al-Artiq.

This offensive is about to start and will most likely have 3 axies, one with the Tiger Forces spearheading from Al Mallah farms, a 2nd with most likely the 4th Mechanized Division storming Layramoun district and a 3rd with Syrian forces advancing from Obari farms/Az-Zahraa district toward Ma’arat al-Artiq/west Layramoun district. It is important to note the few thousands of soldiers that were freed up from guarding the large frontline of Bani Zayd and al-Ashrafriyeh districts, those soldiers with years of urban ware fare training will be of huge help in this up coming offensive.

Still in Aleppo frontline, the fierce fight in the northeast continues, the combined Syrian forces, SAA, NDF and Liwa al-Quds, are advancing inside the north of the Handarat camp, as well as approaching from the western side. The key aspect of this battle is the importance of the many hills around this urban area, controlling the hills give an extraordinary advantage, in the northern part of the camp the Syrian forces do have the high ground and no surprise to see the recent gains inside the camp there, but on the southern part, the control of Humrah hill continues at the terrorists hands and sometimes disputed. At the moment the attack toward Handarat camp is happening from two axies, form NW and NE of it, slicing bit by bit of the town north to south, this is happening for 3 days straight, and the today’s effort to storm Humrah and al-Shuqayyif. A game changer event would be to see the YPG inside Sheikh Maksud advancing from a 3rd axies and securing the youth housing north of the neighbourhood, but that would have to happen in coordination with the advance toward Humrah hill. Anyway the coordination with the YPG organization inside Sheikh Maksud is not yet clear.

Lattakia: After what it seemed a desperate terrorist attempt to storm the hills near Kabanah past Thursday, which the terrorists claimed to control Zuwayqat hill. The Syrian forces, under the leadership of the Sea Commandos and the Desert Hawks, not only recapture the Zuwayqat hill as they opened up a new offensive to re liberate Kinsibba. The first wave of attack was very efficient and the village of Shillif was re liberated and fighting was reported at the SW entrance of Kinsibba.

For a successful result to hold the town of Kinsibba, the Syrian forces will have to head straight to Ain al Qantara and Hinsibba, these two forward villages would guarantee a presence in Kinsibba until its defenses are strong.

Damascus: There is a “check mate” battle on going in East Ghouta, with fights in Hawsh al-Farah and Hawsh Khayyat winding down, most of the farms and factories around it are safely in the Syrian force’s hands, there is still some small fights still on going but should die out quickly. The terrorist losses were very high, a dé-jà vu situation as in Maydaa back in early June where the terrorists put a fight knowing its loss would mean a risk to all central-east Ghouta, which in fact it is happening.

We are seeing the prelude of the battle for Hawsh Nasri, Hawsh ash Shalaq, the very central nerve for the terrorists, the loss of it will cripple the terrorists in many aspects, not only vital farm lands as food source but would create unsustainable situation for Tell Kurdi, near Damascus-Homs highway and further southeast at the large village of al-Nashabiyah.

Two days ago, in west Ghouta, the Syrian forces have gained more ground inside Darayya, pushing the terrorists further inside downtown, in total the terrorists lost an estimated 80% of the area they once controlled in and around Darayya, the longest straight battle in the war of aggression against Syria. The situation is becoming quite dire since the terrorists have no way to get ammo, food and medicine, a low death awaits for them, a fate they have decided after turning down many offer to surrender.

The picture below illustrates well a possible last sight a terrorist inside Bany Zaid had before dying.