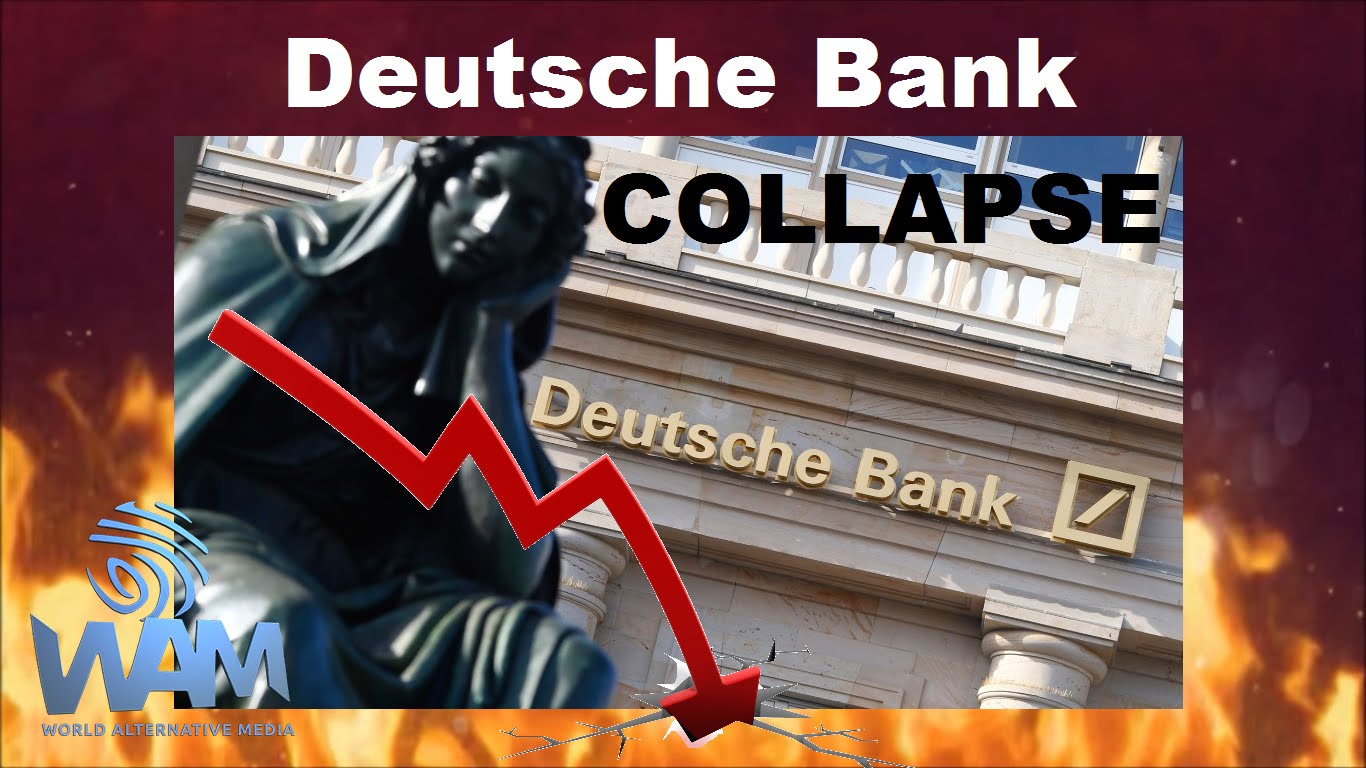 The Chart of the Week is a weekly Visual Capitalist feature on Fridays.

It’s been almost 10 years in the making, but the fate of one of Europe’s most important financial institutions appears to be sealed.

After a hard-hitting sequence of scandals, poor decisions, and unfortunate events, Frankfurt-based Deutsche Bank shares are now down -48% on the year to $12.60, which is a record-setting low.

Even more stunning is the long-term view of the German institution’s downward spiral.

With a modest $15.8 billion in market capitalization, shares of the 147-year-old company now trade for a paltry 8% of its peak price in May 2007.

THE BEGINNING OF THE END

If the deaths of Lehman Brothers and Bear Stearns were quick and painless, the coming demise of Deutsche Bank has been long, drawn out, and painful.

In recent times, Deutsche Bank’s investment banking division has been among the largest in the world, comparable in size to Goldman Sachs, JP Morgan, Bank of America, and Citigroup. However, unlike those other names, Deutsche Bank has been walking wounded since the Financial Crisis, and the German bank has never been able to fully recover.

It’s ironic, because in 2009, the company’s CEO Josef Ackermann boldly proclaimed that Deutsche Bank had plenty of capital, and that it was weathering the crisis better than its competitors.

It turned out, however, that the bank was actually hiding $12 billion in losses to avoid a government bailout. Meanwhile, much of the money the bank did make during this turbulent time in the markets stemmed from the manipulation of Libor rates. Those “wins” were short-lived, since the eventual fine to end the Libor probe would be a record-setting $2.5 billion.

The bank finally had to admit that it actually needed more capital.

In 2013, it raised €3 billion with a rights issue, claiming that no additional funds would be needed. Then in 2014 the bank head-scratchingly proceeded to raise €1.5 billion, and after that, another €8 billion.

A SERIES OF UNFORTUNATE EVENTS

In recent years, Deutsche Bank has desperately been trying to reinvent itself.

Having gone through multiple CEOs since the Financial Crisis, the latest attempt at reinvention involves a massive overhaul of operations and staff announced by co-CEO John Cryan in October 2015. The bank is now in the process of cutting 9,000 employees and ceasing operations in 10 countries. This is where our timeline of Deutsche Bank’s most recent woes begins – and the last six months, in particular, have been fast and furious.

Deutsche Bank started the year by announcing a record-setting loss in 2015 of €6.8 billion.

Cryan went on an immediate PR binge, proclaiming that the bank was “rock solid”. German Finance Minister Wolfgang Schäuble even went out of his way to say he had “no concerns” about Deutsche Bank.

In the following weeks, here’s what happened:

Doesn’t sound “rock solid”, does it?

Now the real question: what happens to Deutsche Bank’s derivative book, which has a notional value of €52 trillion, if the bank is insolvent?