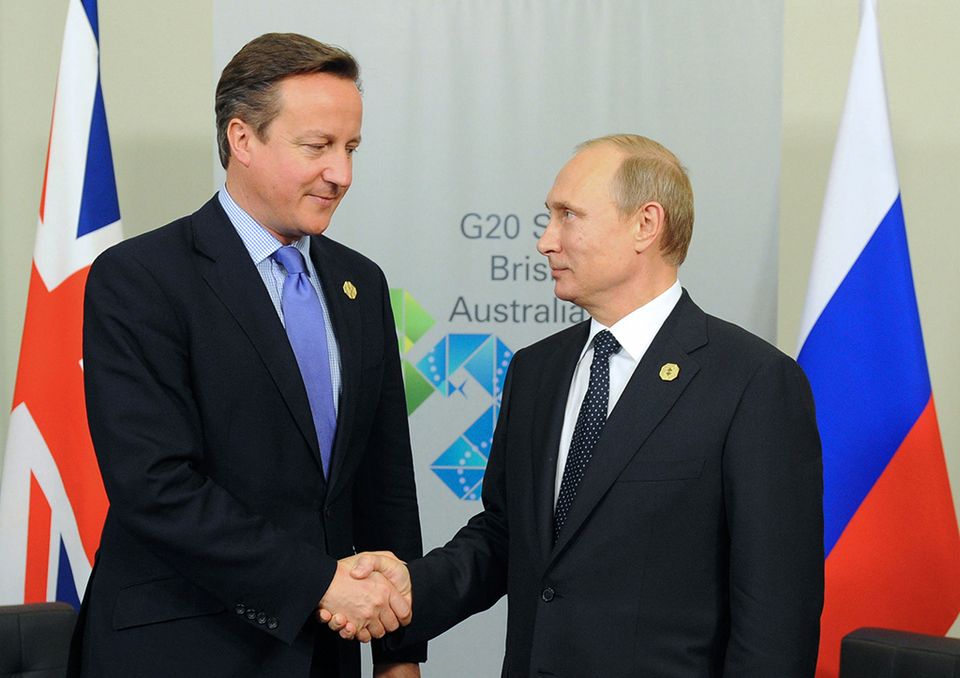 BRITAIN’S exit from the European Union is a victory for Russian President Vladimir Putin, senior US officials have claimed. Michael McFaul, a former US ambassador in Moscow, branded the Russian leader a Brexit “winner” after the final votes had been counted.

He wrote: “Shocked by Brexit vote! Losers: EU, UK, US, those that believe in utility of a strong, united, democratic Europe. Winners: Putin.

“I genuinely complement Putin for his victory tonight on Brexit.

The Kremlin appeared to back up speculation that Moscow was celebrating the ‘Out’ vote, with a spokesman saying officials were hoping for a thaw in relations with London.

“We hope that in the new realities, an understanding of the need for good relations with our country will prevail.” He also claimed that despite the economic turmoil in world markets, Russia wanted to see Europe flourish.

Mr Peskov said: “Moscow wants the EU to remain a major economic power which is prosperous, stable and predictable.”

Russia‘s central bank said it was closely watching the situation on global markets and that it had enough tools at its disposal to manage the market volatility. GETTY Moscow appeared to be celebrating the ‘Out’ vote, which was supported by Ukip leader Nigel Farage GETTY Michael McFaul, a former US ambassador in Moscow Sergei Sobyanin, the mayor of Moscow, also raised the prospect of looser sanctions in the wake of the vote, saying that “without Great Britain in the EU, no one will so zealously defend the sanctions against us”.

Among other senior Russian diplomats to respond to the vote was Boris Titov, a Kremlin insider, who said in a Facebook post that the “most important long-term consequence of all this is that the exit will take Europe away from the anglo-saxons, meaning from the USA”.

Last week Putin questioned David Cameron’s decision to grant the British people a vote on the EU, but stopped short of offering his views on whether he backed a Brexit or Bremain.

He said: “If it’s such a problem, why did he initiate this, if he is against it himself?”

However, experts believed the Russian leader was secretly backing a Leave vote as that would weaken the EU and in doing so boost Moscow.

Others have said Brexit will actually harm Putin as it could lead to the UK committing itself even more defiantly to the Nato military alliance, which has led the way in countering Russian aggression.