London (CNN)An online petition signed by more than 3.5 million people calling for a second referendum on whether Britain should leave the EU was started by a Leave campaigner who says it has been “hijacked” by unhappy Remain voters.

The petition, which has attracted millions of signatures in the wake of Britain’s shock vote to leave the European Union last Thursday, calls for a second referendum on the issue if the result is less than decisive. 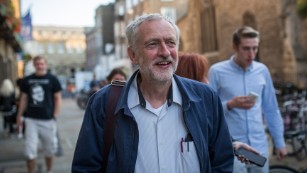 Labour Party leader under fire following Brexit vote 03:38
Another referendum should be held, it says, “if the remain or leave vote is less than 60 percent based a turnout less than 75 percent.” In a startling result, the Leave campaign won Thursday’s referendum with 52% of the vote, with 72% of voters turning out.
Disappointed voters have flocked to sign the petition in the wake of the vote, crashing the official UK government website on at least one occasion and generating more signatures than on any other petition on the site.

Apologies to those experiencing problems with the petitions site. We are working hard to fix it. Thank you for your patience.

But the surge in interest has prompted its creator, William Oliver Healey, to speak out, saying that he in fact he had actively supported the Leave campaign, and had created the petition “with the intention of making it harder for ‘remain’ to further shackle us to the EU.”
#Regrexit: UK voters voice doubt over referendum outcome

Healey, an activist for the English Democrats — a fringe, nationalist political party — wrote on Facebook Sunday that he had created the petition “when it was looking unlikely that ‘leave’ were going to win.” The petition had since been “hijacked by the remain campaign,” he wrote.
Robin Tilbrook, chairman of English Democrats, said that Healey had created the petition to help frame the terms under which the referendum would be contested.
Healey was “quite surprised” and “feeling slightly under pressure” by the attention the petition was receiving, Tilbrook said.
“It’s a slightly ironic situation where if the Remainers … had understood what was going to happen, they would probably have wanted to adopt what Oliver was suggesting,” he said.
Instead, they had been “cocksure” of victory, Tilbrook said.

Any petition that gets more than 100,000 signatures is considered by Parliament’s Petitions Committee, which weighs whether to send the petition for debate by lawmakers. MP Helen Jones, chair of the committee, said in a statement Sunday that the committee would consider the petition at its meeting this week and decide whether to schedule a parliamentary debate on it.

Read a statement from our Chair on the second referendum petition. pic.twitter.com/TzrtQXTwTE

But the petition, created in May, may not have a realistic chance of being acted upon.
British Prime Minister David Cameron, who announced his intention to resign following the defeat of his Remain campaign, has previously said there would be no second referendum if the results were close, and enacting the petition would entail enacting laws retrospectively. 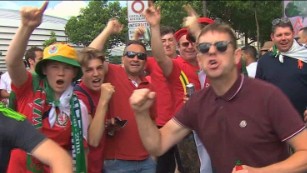 Football fans react to Brexit 01:54
“I don’t think anyone thinks it’s legally binding in any sense,” said Tilbrook, adding that the petition’s signatories were guilty of “sour grapes” over the result.
Jones’ statement also said that the government was investigating reports of fraudulent signatures being added to the referendum. The petitions committee later tweeted that about 77,000 fraudulent signatures had been removed.