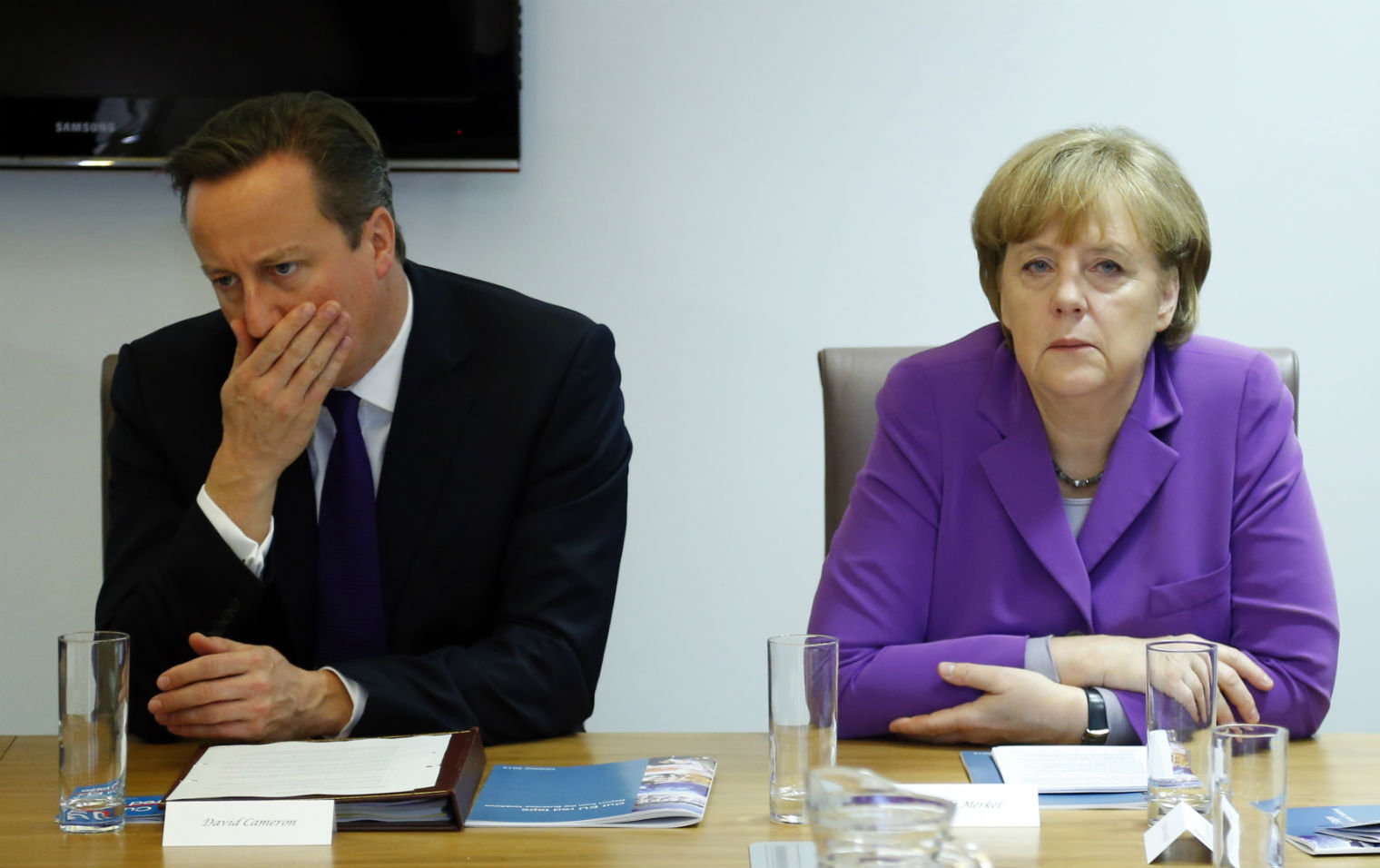 Last week we learned that David Cameron had apparently sent Boris Johnson a very rude text message in the build-up to the general election after disapproving of his public behaviour.

This weekend, it has emerged that the prime minister was on the receiving end of a similar rebuke from German chancellor Angela Merkel following negotiations on Britain’s membership of the EU.

According to an excerpt of a new book, Cameron At 10 by Sir Anthony Seldon which is being serialised in the Mail on Sunday, the German chancellor once told Cameron: “We all hate you”.

The book claims that the falling out is understood to have stemmed from Cameron’s threat to leave the EU at a dinner at Number 10 in 2012 where he had pushed for reforms.

Merkel apparently told the prime minister to “take the advice of an older woman” and “be less aggressive”, before she pulled out this zinger…

You keep putting yourself up as an opponent and we all hate you and isolate you.