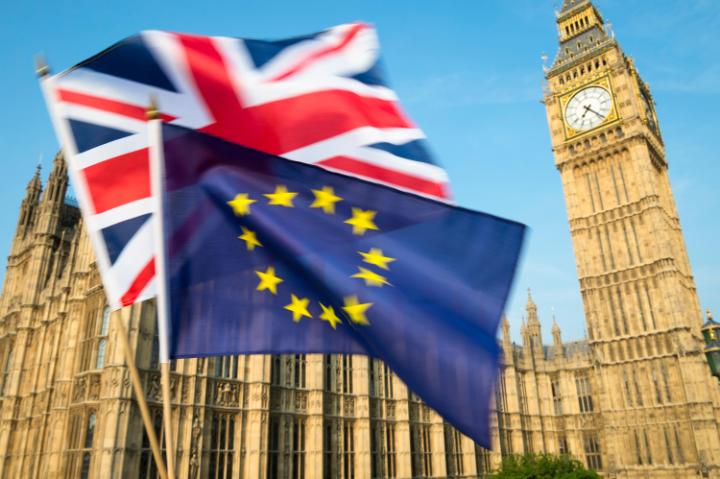 A British officer told Paul Craig Roberts that 90% of the soldiers in his command voted for Leave because they were tired of fighting wars for America. Of course Americans know that our wars are for Israel and the Banks. We have as much anger as the British and others around the world do against our government. That is because Americans are beginning to realize we are an occupied nation.

The goal of this essay is to outline escape routes from the European Union, Banker Occupation and never ending wars.

Brexit was a wake up call to the elite. There was so much opposition to the European Union that the ruling parties could not rig the vote as they did in the Scottish Independence referendum. In fact video cameras and eyewitnesses documented enough vote theft in Scotland that the Leave supporters were highly motivated to send thousands of observers into the polls to guarantee a relatively more honest count. But I do think that Leave scored closer to 60% of the pre-theft vote than the reported 52%.

Before dealing with Scotland, I would like to point out the obvious fact that the EU is collapsing and could be gone in months.

The Press is full of reports and even some polls indicating that Swedes, Danes, the Dutch, the Finns and Hungarians are close to demanding a referendum to leave the EU.  France and Italy also have strong anti-EU parties.

The wild swing in the financial markets post-Brexit have opened up Deutsche Bank to a possible collapse because they have $70 trillion in exposure to derivatives. There are also more severe financial problem in Italy and France. Italian law requires the banks in their nation to accept government bonds even if they are worthless. The Italian banks are insolvent. Dr Jim Willie sees the most likely next big failure to be an Italian bank collapsing which will take down a major French bank and Deutsche Bank as well.

In a few months nobody in their right mind would stay in the EU and assume a trillion dollars in Unpayable Italian Debts and then create tens of trillions of euros to solve the problems of the French and German banks. The coming economic malaise originating in Europe will spread to America where the voters will not go for a 20 trillion dollar loan to bail out Europe.

Norway is not clamoring to leave the EU because they had the wisdom to never join. Norway, Liechtenstein and Switzerland are already in EFTA with Iceland. The European Free Trade area allows the member states to trade with the EU. The Leave EU group would be free to make trade deals directly with China, the US, Russia and other nations. But they could cut all ties to the European Central Bank and the euro. Each nation prints its own euro with a two letter code. In case the EU breaks up Italian euros become lira and French euros become francs. All their debts will be paid in their new currencies which means  default.        .

Understandably, the people of northern Europe probably will have no desire to pay off Italian, French, Spanish, Portuguese and Greek debts. This could be a powerful persuading factor to vote Leave Now. Delay could mean that the value of your savings and pensions denominated in euros will be reduced to zero value. This is their last chance to ditch the euro.

Scotland wants another referendum. They are owed that because their votes were stolen last time.

The people of Scotland could vote to leave Great Britain. But the EU has said that Scotland would have to apply for membership in the EU.

An independent Scotland could join Iceland and the Leave EU nations in the EFTA.

Joining the euro means their pensions and savings would be subject to the collapse of the southern European banks. That is not good. And the collapse might occur before the EU approved Scotland’s membership.

If Scotland were to have a referendum, I would suggest a second question on the ballot. Scotland could vote to create their own Central Bank and issue a non-interest bearing currency similar to Lincoln’s Greenbacks, the Isle of Guernsey pound and the Bradbury pound issued in 1914 in the UK. The Scots could also ban fractional reserve banking.

Irving Fisher proposed what he called 100% money which meant that bankers could no longer loan out $100 for every $10 deposited in the US. In the UK banks issue £300 in loans for every £10 on deposit. This makes for spectacular booms and busts. I might remind you that 3 million Americans starved to death during the great Depression because The Federal Reserve Note is an interest bearing currency. It gives bankers the right o charge interest on money they created out of nothing. And the FED allows fractional reserve banking.

I might also remind you that the worst Financial Crisis in European history occurred on a gold standard in 1348 when they had fractional reserve banking.

If there is no second issued allowed on the referendum, a concerted effort from people around the world could help the people of Scotland make it a priority issue at the first post referendum meeting of their parliament. There are only 5.3 million people in Scotland so it is far easier to reach them than it would be to contact a majority of voters in America, Australia, England or France. But any action the Scots took to reform their currency and to break the oppression of Debt Slavery would be heard around the world.

To avoid a run on the Scottish pound by the Central banks they could make their currency convertible into oil or even peg it to the Russian ruble which is also an oil trading money.

The corporate news media will cover the proposed Scottish monetary reform but they will have nothing good to say about it. They will treat it just like they did Brexit. But please tell critics this: Catherine Austin Fitts said that they stole $40 trillion from us and will steal tens of trillions more. People who steal money by the tens of trillions can afford to spend a few billion dollars a year to buy politicians and mainstream reporters.

So why do you believe anything they say?

The world changed after Brexit. Now it is our turn to take the Next Few Steps to end Banker Occupation.