Obama Disastrously Backed the Saudis in Yemen, Now He’s Deploying US Troops to Deal with the Fallout 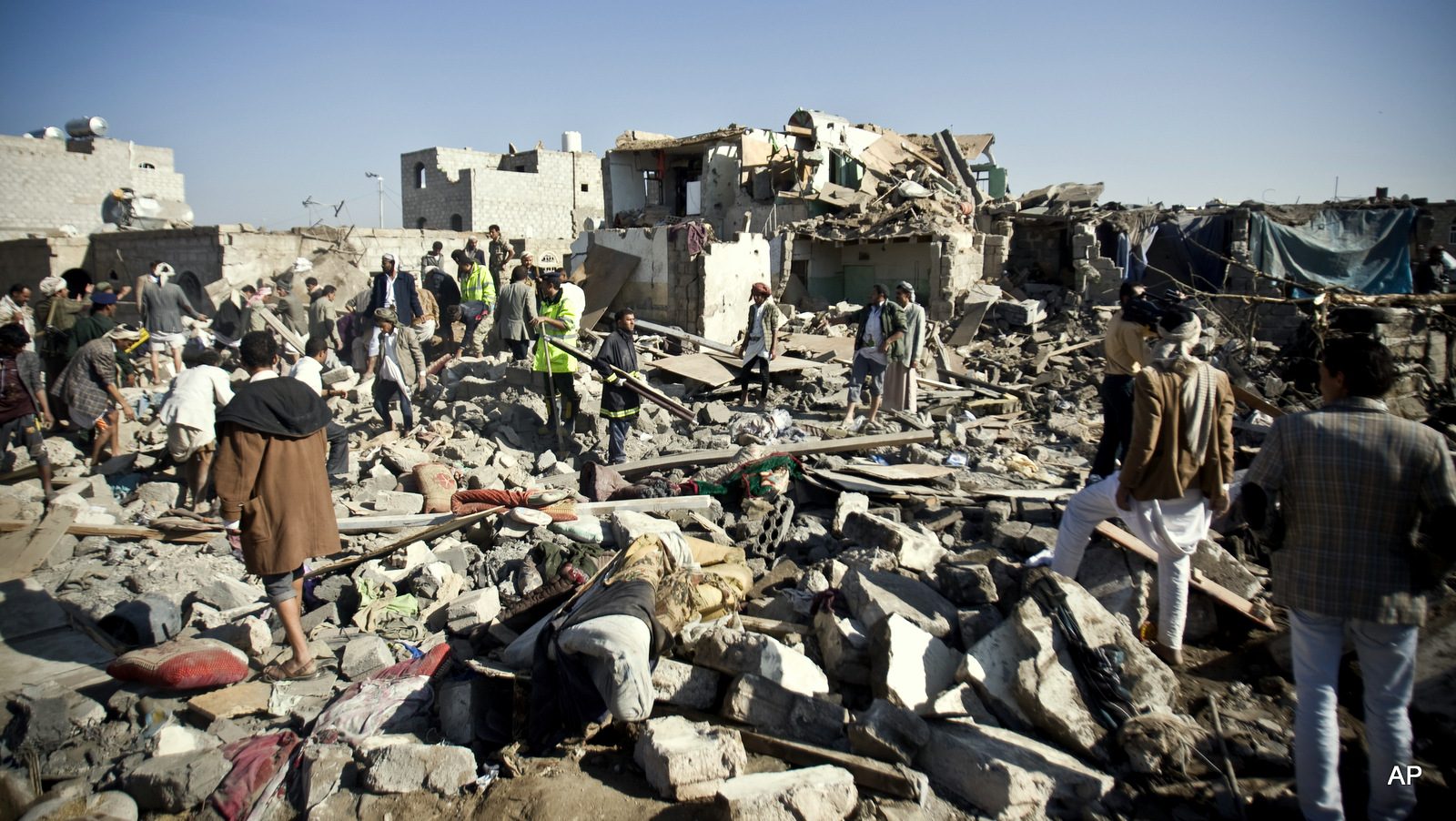 Obama Disastrously Backed the Saudis in Yemen, Now He’s Deploying US Troops to Deal with the Fallout

The U.S. says it is fighting the same Al Qaeda affiliates that are allied with elements of the coalition America is backing.

The Obama administration has said little about its fresh deployment of American troops to Yemen, where the U.S. has spent the past year backing the ruthless Saudi Arabia-led military intervention by shipping weapons, identifying bomb targets and sending its warships to assist the naval blockade.

In fact, when he briefed reporters last week, Pentagon spokesperson Navy Capt. Jeff Davis would not even say how many U.S. troops had been deployed, for what exact length of time and under what legal authority (Obama has not held a congressional vote over the Yemen war). Davis only said the U.S. is sending a “very small number” of forces to support United Arab Emirate’s ground combat against Al Qaeda in the Arabian Peninsula (AQAP).

This development goes hand-in-hand with an escalation in U.S. intelligence and aerial refueling to back the UAE, as well as the deployment of U.S. assault ships off the coast of Yemen. Meanwhile, Central Command announced last week that the American military “has conducted four counterterrorism airstrikes against the [AQAP] terrorist organization in Yemen in recent weeks.” At least a dozen countries (Saudi Arabia, Egypt, Morocco, Jordan, Pakistan, Sudan, United Arab Emirates, Kuwait, Qatar, Bahrain, the United States and Britain) are participating in or backing the military coalition.

Amid the Obama administration’s relative silence, brief comments made by state department press spokesperson Elizabeth Trudeau to reporters on Tuesday shed light on the incoherent justifications that underlie the ramping up of America’s role.

Asked by an unidentified reporter whether the U.S. deployments are part of a “grander plan to bring about stability,” Trudeau replied: “So, no, this was limited support. So the Department of Defense has actually spoken to this. U.S. Central Command provided limited support to an anti-al-Qaida of the Arabian Peninsula operation led by Yemeni, Saudi, and Emirati forces in and around Mukalla. We remain concerned about AQAP and we welcome the operations taken by the Yemeni forces with the support of the Emirati and the Saudi forces to address this. It was limited.”

In fact, the Saudi-led campaign has significantly strengthened AQAP, as well as ISIS. Thanks to the war, AQAP has been able to seize nearly 400 miles of Yemen’s southern coast and significantly boost its ranks. As Yara Bayoumy, Noah Browning and Mohammed Ghobari put it in a Reuters investigationpublished last month, “The campaign, backed by the United States, has helped [AQAP] to become stronger than at any time since it first emerged almost 20 years ago.”

The state department does not dispute this fact, as revealed by the following excerpt from Tuesday’s briefing:

QUESTION: — by Saudi Arabia and others. So it’s like a – it’s kind of…

MS TRUDEAU: Al-Qaida has taken advantage of the instability in Yemen. This was an operation. And again, we thank the Saudis and the Emiratis as well as the Yemenis for moving forward on this operation.

So the U.S. admits that it is ramping up a war that has strengthened the forces it claims to be fighting. However, reality is even more nefarious. A recently-released PBS Frontline documentary by journalist Safa Al Ahmad reveals that combatants from the Saudi-led coalition are fighting alongside militants affiliated with Al Qaeda in the Yemeni city of Taiz.

The BBC acknowledged that Al Ahmad’s film provides evidence “that troops from a Saudi-led coalition force and Al Qaeda militants are both fighting Houthi rebels in a key battle. On a visit to the frontline near the city of Taiz, a documentary maker filmed jihadists as well as UAE-supported pro-government militiamen.”

This is not the first report of its kind. Last July, Maria Abi-Habib and Mohammed Al-Kibsi wrote in the Wall Street Journal that “local residents and a senior Western diplomat” all testify that Saudi-backed militias have “turned to Yemen-based al Qaeda in the Arabian Peninsula, or AQAP, for help.”

The current Yemen war, meanwhile, is not the first time that the U.S. has directly or indirectly cooperated with Al Qaeda affiliates around the world.

So AQAP is not only growing in strength because it is “taking advantage” of the chaos, as Trudeau characterized it. Rather, some of its forces are fighting alongside elements of the coalition. Whatever the extent of this collaboration, the fact that Al Qaeda affiliates are growing in strength as a result of the coalition’s war is indisputable. What evidence suggests that an escalation of this failed war will somehow yield a different result?

Yet, in the name of fighting Al Qaeda, the United States increasing its participation in a coalition that has unleashed extraordinary bloodshed on ordinary people throughout the country. The coalition has targeted densely populated urban centers, factories, weddings and a center for the blind. American-made cluster bombs have rained down on civilian villages. More than 3,000 civilians have been killed and, in February alone, two-thirds of the innocent people slain died by coalition air strikes, according to the UN High Commissioner for Human Rights. Relentless bombings and a naval blockade have pushed the entire country to the brink of famine, with the UN estimatingthat half of Yemen’s population—14.4 million people—“urgently need food security and livelihood assistance.”

But the U.S. military’s war against Al Qaeda affiliates in Yemen goes back further. Since 2002, the U.S. has launched up to 137 drone strikes on Yemen, killing as many as 101 civilians, among them 9 children, according to the Bureau of Investigative Journalism. This covert bombing campaign has unleashed untold psychological terror on some of the poorest areas of Yemen.

Now U.S. troops appear to be fighting in alliance with forces that are, in fact, associated with Al Qaeda. Meanwhile, the mission continues to creep with little debate within the United States. While it is not apparent whether the incoherent American role in Yemen is the product of confusion or sinister calculation, one thing is clear: this war comes at the expense of ordinary people in Yemen, who are being robbed of their well-being, food security and lives.