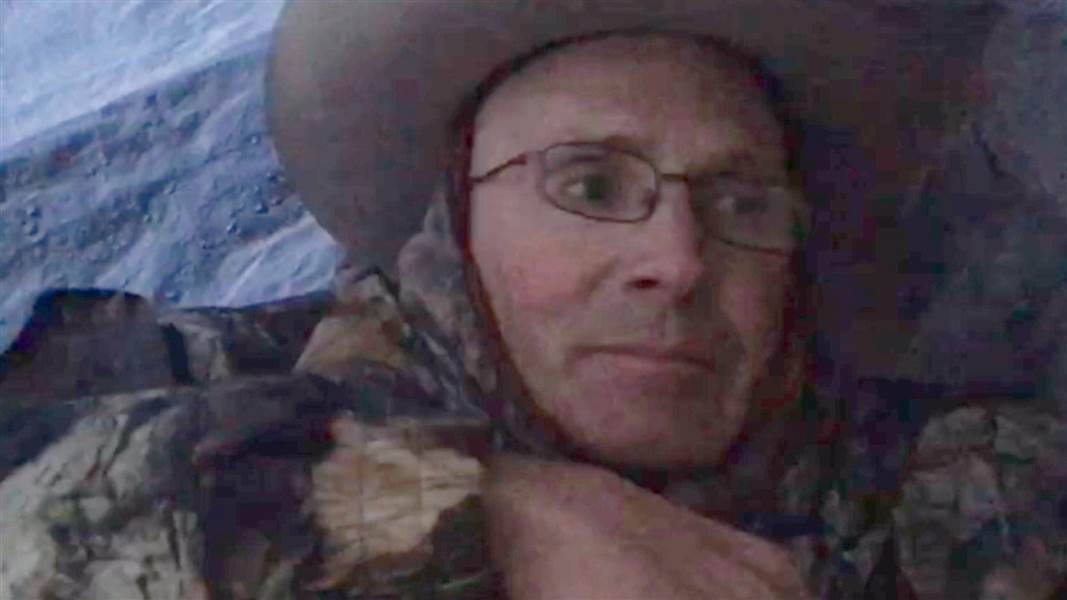 With the arrest of Ammond Bundy and 6 other protest leaders in Burns, Oregon the U.S. Federal Government has shown its true colors.  That it will kill and intimidate the citizenry whenever it serves their tyrannical purposes.

By killing LaVoy Finicum the government has just created the first martyr of this honorable and noble protest movement.  The whole dynamic will now change with the unnecessary spilling of a true patriot’s blood.  Good people like LaVoy Finicum do not involve themselves with matters like this unless they are completely convicted with the righteousness of the cause. For LaVoy what was truly at stake in Burns, Oregon was worth his very life.  He knew exactly what he was fighting for —“life, liberty and the pursuit of happiness”  — for him, his family, and his fellow Americans.

Unknown to most, one of the greatest forces behind this patriot movement in Oregon was LaVoy Finicum.   The FEDs knew this.  They also knew that his courage and intestinal fortitude were infectious.  And that he would infect many other lesser men and women with the courage of his convictions.  Don’t think that the Obama Administration wasn’t more afraid of  LaVoy Finicum than all the other protesters put together.

Lavoy had nerves of steel.  The FEDs knew that they had a fierce and ferocious, indomitable and unstoppable patriot in their midst.  They therefore calculated that LaVoy must be eliminated as he posed the greatest threat to their unmitigated tyranny.

May God Bless LaVoy Finicum and his beautiful family!  And may he rest in peace in the highest of Heavens.

Audio testimony of Victoria Sharp, who was in the vehicle ambushed by the Feds, and who watched La Voy Finicum get shot with his hands in the air!

I received a call late last night from a trusted friend, Bill Kosloskey, who had just got off of the phone with his friend, Victoria Sharp. Bill was obviously moved as he spoke to me, as his friend Victoria Sharp was in the vehicle ambushed by the FBI last evening; an ambush that resulted in the arrest of Amman Bundy, and the death of patriot, La Voy Finicum.

For now, I will not add my personal commentary on this matter, but instead let the eyewitness testimony of someone who is probably grateful to still be living about now do the talking. Our prayers go out to the family of La Voy Finicum who, as you will hear, was shot down like a dog with his hands in the air. After he fell, they pumped up to 6 more rounds into him for good measure.

To hear Victoria Sharp’s testimony, I have linked to my friend Bill’s YouTube channel below and have uploaded the interview to create a podcast which you can also listen to below.      See above video/audio.

All of the above breaking news found at :
http://northwestlibertynews.com/breaking-news-eyewitness-account-of-bundy-takedown/

Mormon Arizona rancher LaVoy Finicum was killed on the night of January 26 as the militia standoff near Burns, Oregon, appeared to come to an end. Famously, Finicum, 55, had told the media on January 6 that he would choose death over surrender in the case. His death was confirmed by Nevada Assemblywoman Michele Fiore. She wrote on Twitter:

My heart & prays go out to LaVoy Finicum's family he was just murdered with his hands up in Burns OR.Ryan Bundy has been shot in the arm

Finicum was killed during a traffic stop, reports CNN. He died one day before his 56th birthday.

Oregon Public Radio reports that Finicum and some of his comrades were pulled over between the towns of Burns and John Day at around 4:30 p.m. local time.

Since January 2, activists have been occupying the Malheur National Wildlife Refuge in Oregon. Those armed protesters, led in-part by Ammon Bundy, were protesting the sentence of Dwight and Steve Hammond. They were found guilty of committing arson on federal land.

1. Cliven Bundy Said Finicum Was Sacrificed ‘For a Good Purpose’

His full name was Robert LaVoy Finicum. He was a neighbor of Cliven Bundy’s ranch, where the infamous 2014 ranch standoff occurred. They were neighbors despite Finicum living in Arizona and Bundy living in Nevada. On January 5, 2016, Finicum told NBC News that he may want to go home to Arizona soon saying, “I need to get home. I got cows that are scattered and lost.”
http://twitter.com/mattdpearce/status/692189609531445249/photo/1?ref_src=twsrc%5Etfw
When he heard about the arrests and death, Cliven Bundy told Los Angeles Times reporter Matt Pearce, “Isn’t this a wonderful country we live in?” He added, “We believe those federal people shouldn’t even be there in that state, and be in that county and have anything to do with This issue. … I have some sons and other people there trying to protect our rights and liberties and freedoms, and now we’ve got one killed, and I can say is, he’s sacrificed for a good purpose.”

The resolve for principled liberty must go on. It appears that America was fired upon by our government. One of liberty’s finest patriots is fallen. He will not go silent into eternity. Our appeal is to heaven.

2. During the Standoff in Oregon, He Had Become Known as ‘Tarp Man’

During his involvement in the Malheur standoff, the 11 foster children that were in the care of Finicum have been taken away. Finicum complained that those children were he and his wife’s major source of labor and money on their ranch, reported Time Magazine. An MSNBC report on the standoff dubbed Finicum “Tarp Man” as he could be seen covered in a blue tarp with a rocking chair during the incident.

When asked by NBC News why he chose to sit out in such a visible position, he said that he wanted officers to be able to find him. Finicum said, “I do not want the FBI federal agents to have to go running around in the dark, kicking in doors looking for me, OK? I want them to know exactly where I’m at.” He added, chillingly, “I’m telling them right now — don’t point guns at me.”

3. He Posted a Video of His Family Singing ‘Amazing Grace’ Just Hours Before His Death

On his Twitter page, Finicum goes by the moniker “@OneCowboysStand.” His bio on the page reads, “Rancher, Loves Freedom and willing to fight and die defending it.” His last post on the site was a video of a group of children singing “Amazing Grace.” His Twitter pseudonym is taken from his book title, One Cowboy’s Last Stand for Freedom. In an interview with NBC News, Finicum said that he would rather be killed than arrested saying, “I have no intention of spending any of my days in a concrete box. There are things more important than your life and freedom is one of them. I’m prepared to defend freedom.”

According to Mormon tradition, cremation is not encourage and a proper funeral burial is preferred.

4. He Was a Man Who Loved ‘Nothing More in Life Than God, Family & Freedom’

As he has watched the ever increasing encroachment of government into the lives of the American people he has felt to make a stand for freedom. He has drawn a line in the sand and that line is the Constitution in its original intent.

The Constitution of the United States of America is a charter to protect the freedom of man by putting strict limits on government. We are living in a day when that supreme law of the land has been shredded by the very government that took an oath to uphold it. By their actions the Federal Government has become lawless and stalks the liberties of this land under the guise of social justice.

Shown below are LaVoy and Jeanette’s 11 children. This is why freedom is so important!

He also describes himself as a rancher who “loves nothing more in life than God, family, and freedom.”

One of the couple’s daughters, Arianna Finicum Brown, 26, told the Oregonian that she wasn’t worried for her father’s safety during the standoff. She said, “I talked to him, and he said they were telling people to go if they weren’t there for the right reasons, they didn’t want anyone there who could make everything go bad. He had no plans to be violent. My dad was a really good guy.”

5. Ammon Bundy Has Been Arrested in Oregon

KATU reports that Ammon Bundy and other members of the militia, including Ryan Payne, were arrested by the FBI and Oregon State Police on the night of January 26 during the traffic stop where Finicum was killed.

It’s unclear who shot first but one person was taken to a nearby hospital with non-life threatening injuries. Michele Fiore said that person was Ryan Bundy, another son of Cliven, who was shot in the arm.