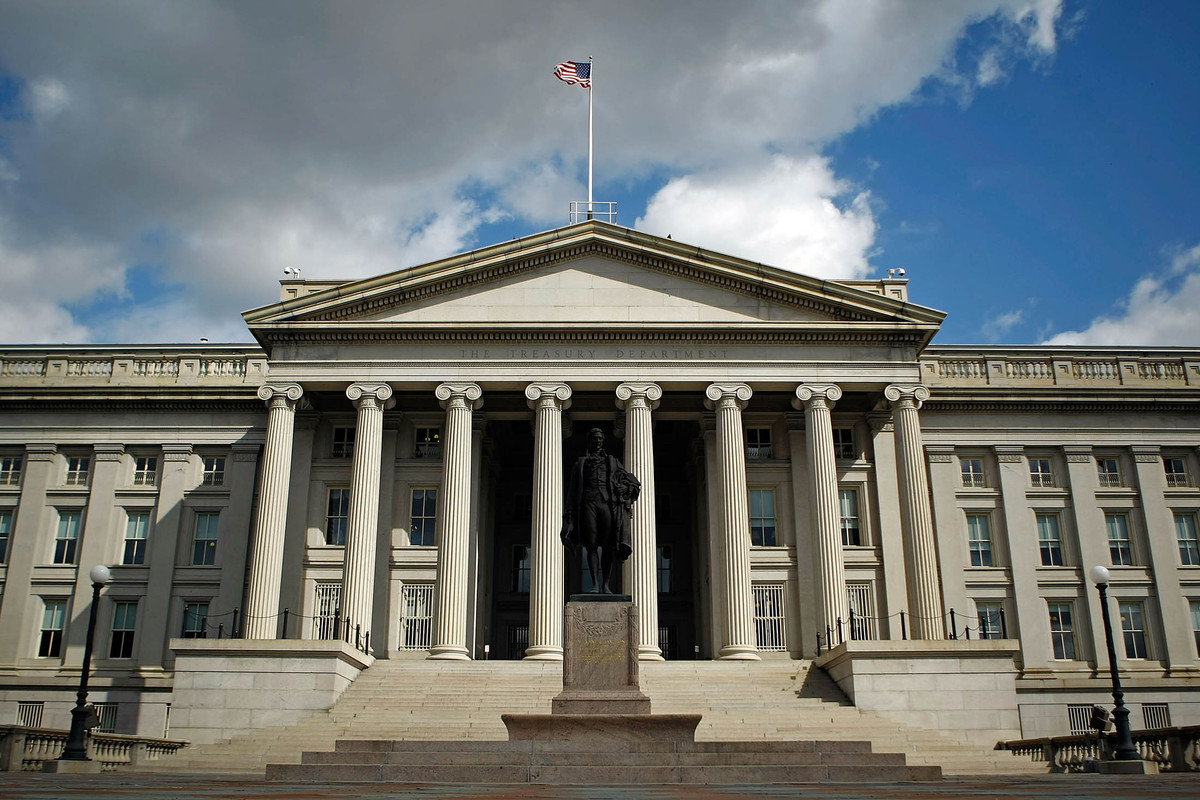 It’s a secret of the vast U.S. Treasury market, a holdover from an age of oil shortages and mighty petrodollars: Just how much of America’s debt does Saudi Arabia own?

But now that question — unanswered since the 1970s, under an unusual blackout by the U.S. Treasury Department — has come to the fore as Saudi Arabia is pressured by plunging oil prices and costly wars in the Middle East.

In the past year alone, Saudi Arabia burned through about $100 billion of foreign-exchange reserves to plug its biggest budget shortfall in a quarter-century. For the first time, it’s also considering selling a piece of its crown jewel — state oil company Saudi Aramco. The signs of strain are prompting concern over Saudi Arabia’s outsize position in the world’s largest and most important bond market.

A big risk is that the kingdom is selling some of its Treasury holdings, believed to be among the largest in the world, to raise needed dollars. Or could it be buying, looking for a port in the latest financial storm? As a matter of policy, the Treasury has never disclosed the holdings of Saudi Arabia, long a key ally in the volatile Middle East, and instead groups it with 14 other mostly OPEC nations including Kuwait, the United Arab Emirates and Nigeria. For more than a hundred other countries, from China to the Vatican, the Treasury provides a detailed breakdown of how much U.S. debt each holds.

“It’s mind-boggling they haven’t undone it,” said Edwin Truman, the former Treasury assistant secretary for international affairs during the late 1990s, and now a senior fellow at the Peterson Institute for International Economics in Washington. Because relations were rocky and the U.S. needed their oil, the Treasury “didn’t want to offend OPEC. It’s hard to justify this special treatment for OPEC at this point.”

For its part, the Treasury “aggregates data where more detailed reporting might disclose the positions of individual holders,” spokeswoman Whitney Smith said in an e-mail.

While that position is consistent with the International Investment and Trade in Services Survey Act, which governs disclosures of investments made by foreign persons and governments, and shields individuals in countries where Treasuries are narrowly held, it hasn’t kept the Treasury from disclosing figures for a whole host of other countries — large and small.

They range from the $3 million stake held by the island nation of the Seychelles, to the $69.7 billion investment from the oil-producing economy of Norway, and those of China and Japan, which are both in excess of $1 trillion.

Representatives for the Saudi Arabian Monetary Agency, known as SAMA, and the nation’s finance ministry declined to comment.

Apart from the kingdom itself, only a handful of Treasury officials, and those at the Federal Reserve who compile the data on their behalf, have a clear picture of Saudi Arabia’s U.S. debt holdings and whether they’re rising or falling.

For everyone else, it’s a guessing game.

The special arrangement, born out of the 1973 oil shock following the Arab embargo, is just one small concession among many that successive U.S. administrations have made over the years to maintain America’s strategic relationship with the Saudi royal family — and its access to the kingdom’s deep reserves of oil.

The exception extends to 12 other countries in the Treasury’s oil-exporter group, all from the Middle East or Africa. Based on aggregate data released this week, that group has trimmed its stakes by a few billion dollars since March and held $289 billion as of November.

Because its holdings are believed to be the largest, Saudi Arabia’s moves have drawn scrutiny, particularly as other central banks in emerging markets sell Treasuries to raise cash in defense of their currencies. (The Treasury doesn’t break out private and public holdings, but its disclosures say about two-thirds of foreign holdings are held by official institutions such as central banks.)

Those sales have had a small, but visible impact on America’s funding costs. According to Deutsche Bank AG, selling by foreign central banks since March has added 0.3 percentage point to yields on 10-year Treasuries, which ended at 2.05 percent on Friday.

SAMA’s own figures show reserve assets held in foreign securities have fallen by a record $108 billion in 2015. The Saudi central bank, which doesn’t disclose separate figures for Treasuries, owned $423 billion in overseas securities as of November.

“I come down on the side of thinking there should be more transparency,” said Jeff Caughron, chief operating officer at Baker Group, which advises community banks with more than $45 billion in investments. But at the same time, “the Treasury is constrained by political sensitivities and that comes into conflict with market participants that crave more transparency. It’s an understandable conflict.”

And events in recent months, from President Barack Obama’s landmark nuclear deal with Iran to Saudi Arabia’s execution of a prominent Shiite cleric who challenged the royal family, underscore just how sensitive U.S.-Saudi relations have become. The longstanding rationale for the alliance has also been undercut by America’s domestic oil boom, which has made it far less dependent on Saudi exports.

Whatever the political considerations, some analysts speculate Saudi Arabia may actually be trying to hold onto its Treasuries as part of a strategy to bulk up on dollar assets amid the deepening turmoil in global financial markets.

“You need dollars if you’re an oil producer, you want to make sure you have dollars on your balance sheet,” said Sebastien Galy, Deutsche Bank’s director of foreign-exchange strategy, who suggests SAMA could be raising cash by liquidating riskier investments such as stocks, real estate and private equity. Holding dollars also makes sense as a hedge against the plummeting price of oil, which is priced in the U.S. currency.

Figures from SAMA suggest the kingdom might be reallocating some of its reserves into short-term, liquid assets to help the finance ministry meet budget commitments and defend its 30-year-old currency peg of 3.75 riyals to the dollar.

The central bank has increased foreign currencies and deposits held abroad by 7 percent in the first 11 months of 2015, while at the same time reducing foreign securities, consisting of equities and longer-term debt, by 20 percent.

That cash has become key. Oil’s slump past $30 a barrel, from more than $100 two years ago, has eroded the petrodollar-fueled wealth that quadrupled per-capita income since the late 1980s and provided Saudi Arabia with the largess to offer free health care, gasoline subsidies and routine pay raises to its citizens.

“When SAMA is required to raise liquidity for the Ministry of Finance, you’d see deposits and cash go up and they’d liquidate other assets,” said Khalid Alsweilem, SAMA’s former head of investment. “They know when the Ministry of Finance will spend all their riyals. So they prepare certain amount of cash available based on such expectations.”

Alsweilem, who spent two decades at SAMA and now advocates for fiscal reforms as a fellow at Harvard University’s John F. Kennedy School of Government, says market watchers may overestimate how much money the central bank actually allocates to Treasuries.

SAMA isn’t a typical central bank because it acts as a quasi-sovereign wealth fund, he said. As such, it aims for higher returns as a buffer against falling oil revenue and invests in a wide array of risky assets, which explains why it has only recently started to become more transparent, Alsweilem said.

To hear Peterson Institute’s Truman tell it, more clarity by central banks is long overdue — particularly when it comes to the U.S. Treasury.

“In the old days at the Treasury and central banks, transparency wasn’t the word of the day” and politics made special treatment a non-issue, he said. Now, “it’s simply a legacy issue. You want to deal with it sooner or later.”