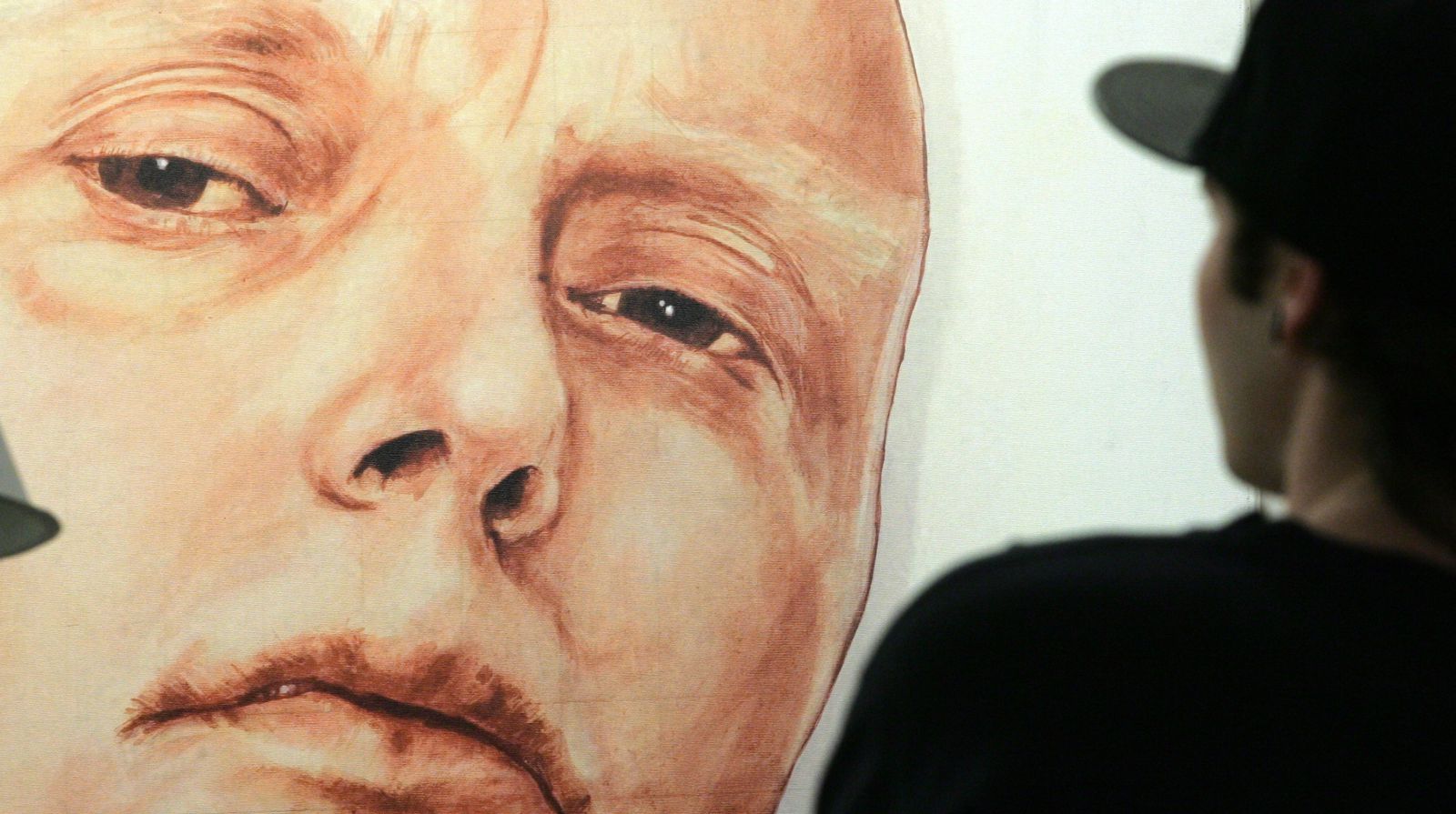 Did the CIA and MI6 Murder Litvinenko to Smear Putin? As usual, the American and British spy agencies have been working triple time to spin the killing of Alexander Litvinenko against Russia and especially to blacken Vladimir Putin’s reputation.  They have enlisted the aid of the entire Western mainstream media (MSM) in disseminating patently false reports — from the very beginning of this concocted saga — about their own conspiratorial murder of Litvinenko.

Nothing about this CIA-scripted murder mystery makes any sense at all.  The Kremlin responds as though they are reading an Agatha Christie novel because they know the CIA and MI6 are always make up stuff as they go along.  No matter how bizarre and ridiculous the theory advanced by Scotland Yard is, they always seem to lay the blame at Putin’s feet.

Anyone who understands the back story regarding the true dealings of Litvinenko knows the Western powers had very good reason to knock him off.  Doing so in such a fashion that Russia’s president could be plausibly blamed made the hit all the more enticing.  Of course, the operative word here is plausible.  The Brits have always been experts at making anything look plausible if it somehow advances the interests of the British Empire (sometimes known as the Anglo-American Empire).

Then there’s the CIA working in cahoots with the U.S. State Department to frame Russia and/or Putin for any heinous crime committed anywhere around the globe.  As long as the crime scene has had, at some point in modern history, even a single Russian fingerprint the Brits will use it in their playing of the Great Game.  The CIA-directed, MI6-coordinated shootdown of the Malaysian passenger airliner (Flight MH17) over the Eastern Ukraine is a perfect example of an Anglo-American false flag designed to tar Russia for a war crime they had no part of.

The British Press is the Engine of War Propaganda Worldwide

For those who are unaware, no other nation propagates sheer unadulterated war propaganda like the Brits.  Their London newspapers are quite notorious for the wars that they have started over the centuries.  Obviously, no other nation has the command of the English language like the U.K.  Quite unfortunately, however, they have used it so much in the prosecution of unprovoked wars of outright aggression all over the world. With this critical understanding it’s easier to see the screenshot above for what it truly is. Be aware that the BBC is the primary media organ that has alway been used to generate patently false propaganda that is then picked up by many of the other London broadsheets, as they are known in Great Britain.

This screen-capture is the front page of the BBC on 21 January 2016. The entire top 3/4 of the BBC home page was dedicated to a murder which most throughout the international intelligence community know was ordered and executed by the CIA and MI6.  There is also reason to believe that the MOSSAD was directly involved in this plot to smear Putin.  That such a headline would even include the word “probably” shows just how spurious and fabricated this Anglo-American blackop was and continues to be.

This same BBC article was then picked up by all the major MSM outlets and parroted across the planet creating a virtual echo-chamber of alleged guilt on the part of Putin.  Here’s the general headline that it originally appeared under, which is then followed by some of the bigger MSM ‘parrots’ in both the U.S. and U.K.

This ongoing and very serious war of defamation of character being waged against Putin via libel and slander is both endless during this millennium and limitless in scope.  The Anglo-American establishment will make up any story that is remotely believable in order to ruin Putin’s reputation at home and abroad.  Truly, the entire British press corp has been transformed into a shameless tabloid media machine churning out lies and falsehoods like there’s no tomorrow.  Particularly in the Ukraine as well as in other nations which comprise the Intermarium has the MSM propaganda spin machine gone into overdrive.

The story posted in its entirety below is crucial to understanding what really happened to Litvinenko.  By reading only this one post can the true murder plot be pieced together.  After all, the British (and their junior American accomplices) have been running these spy games and spook homicides on an unsuspecting world community of nations for centuries.  Why would anyone ever believe that they have suspended such false flag assassinations in the case of Alexander Valterovich Litvinenko?

Until Today, I Assumed Putin’s Russia Killed Litvinenko … Then I Looked for Myself

But today’s announcement by the British that Putin “probably” approved Litvinenko’s murder made me curious enough to take a look for myself.

Initially, Litvinenko was poisoned with radioactive polonium as he sipped tea in an upscale London hotel. The report makes it sound like only Russia had access to polonium, but it’s actually available online to anyone.

If the Russians wanted to off Litvinenko, why would they poison him with a substance that left a radioactive trail traceable from Germany to Heathrow airport – and, in the process, contaminating scores of hotel rooms, offices, planes, restaurants, and homes?  Why not just put a bullet through his head? It makes no sense.

But then conspiracy theories don’t have to make sense: they just have to take certain assumptions all the way to their implausible conclusions. If one starts with the premise that Putin and the Russians are a Satanic force capable of anything, and incompetent to boot, then it’s all perfectly “logical” – in the Bizarro World, at any rate.

The idea that Litvinenko was a dangerous opponent of the Russian government who had to be killed because he posed a credible threat to the existence of the regime is laughable: practically no one inside Russia knew anything about him, and as for his crackpot “truther” theories about how Putin was behind every terrorist attack ever carried out within Russia’s borders – to assert that they had any credence outside of the Western media echo chamber is a joke.

The meat of the matter – the real “evidence” – is hidden behind a veil of secrecy. Lord Owen’s inquiry was for the most part conducted in secret closed  hearings, with testimony given by anonymous witnesses, and this is central to the “evidence” that is supposed to convict Kovtun, Lugovoy, and the Russian government. Lord Owen, explains it this way:

“Put very shortly, the closed evidence consists of evidence that is relevant to the Inquiry, but which has been assessed as being too sensitive to put into the public domain. The assessment that the material is sufficiently sensitive to warrant being treated as closed evidence in these proceedings has been made not by me, but by the Home Secretary. She has given effect to this decision by issuing a number of Restriction Notices, which is a procedure specified in section 19 of the Inquiries Act 2005. The Restriction Notices themselves, although not, of course, the sensitive documents appended to them, are public documents. They have been published on the Inquiry website and are also to be found at Appendix 7 to this Report.”

In other words, the “evidence” is not for us ordinary mortals to see. We just have to take His Lordship’s word for it that the Russian government embarked on an improbable assassination mission against a marginal figure that reads like something Ian Fleming might have written under a pseudonym.

So who killed Litvinenko ?

Well, Mario Scaramella met with Litvinenko during the meal when Litvinenko was poisoned. Scaramella didn’t eat or drink a thing during the lunch, and then himself came down with a mild case of polonium poisoning.

La Republica (one of Italy’s largest newspapers)  wrote in 2006 (English translation) that Scaramella was a bad guy who may have worked with the CIA:

Mario Scaramella is suspected of arms trafficking. Earlier this year, the public prosecutor of Naples has written for this offense to the docket and, soon after, had to stop the investigation. [He was convicted in Italy for selling arms (original Italian).]

Sources found to be very credible by the prosecutor recalled that investigators suspected that Scaramella was actually in close relationship, if not actually working for, the CIA and that his ECPP could be a front company of the agency’s Langley.

As I pointed out here:

“Litvinenko was an employee of exiled Russian billionaire Boris Berezovsky – whose ill-gotten empire included a Russian syndicate of car-dealerships that had more than a nodding acquaintance with the Chechen Mafia – but was being slowly cut out of the money pipeline. Big-hearted Boris, who had initially put him on the payroll as anti-Putin propagandist, was evidently getting sick of him, and the out-of-work “dissident” was reportedlydesperate for money. Litvinenko had several “ business meetings ” with Lugovoi in the months prior to his death, and, according to this report , he hatched a blackmail scheme targeting several well-known Russian tycoons and government officials.”

Indeed, Litvinenko, in the months before his death, had targeted several well-known members of the Russian Mafia with his blackmail scheme. That they would take umbrage at this is hardly shocking.

Alternatively, Litvinenko may actually have accidentally poisoned himself.  Antiwar again:

Furthermore, there are indications that Litvinenko was engaged in thesmuggling of nuclear materials. That he wound up being contaminated by the goods he was peddling on the black market seems far more credible than the cock-and-bull story about a vast Russian plot originating in the Kremlin,. Apparently Lord Owen has never heard of Occam’s Razor.